Skip to content
Become a member and get exclusive access to articles, live sessions and more!
Start Your Free Trial
Home > JT Archives > Oops,Honey! I Forgot The Bread!: “Poor,Struggling”Musicians Leave Money In Escrow 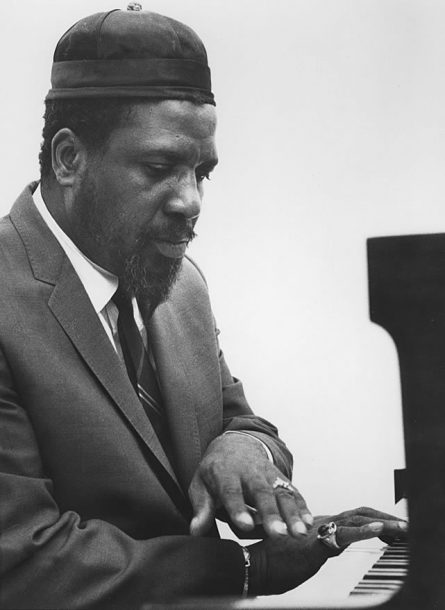 Magazine junkies that we are here at JazzTimes,we get a lot of publications. But few ‘zines thrill us more than Allegro,the no-frills house organ from the Local 802 Musicians Union in New York City.

Well,it’s not necessarily Bill Crow’s column of extremely droll musician anecdotes,or the photo ops of picketing musicians outside Broadway shows, or the ads for dentists specializing in implants for trumpeters.

What floats our jaded music-media boats is their unclaimed checks section. The latest issue of Allegro features four pages with the names of musicians (single spaced in very small type) who have funds held in an escrow account. That’s over 2,000 checks just waiting to be cashed. Tori Amos, Eric Clapton and Q-Tip-come on down!

And you thought musicians didn’t get paid. Apparently, they can’t blame the slumping economy or philistine public, because there is a whole lot of money just sitting there waiting for musicians.

I called the Local 802 office to find out why this cash has been unclaimed. Turns out that the aforementioned Crow,himself a jazz bassist, works diligently with the escrow account. He says that all these musicians have to do is contact the Local 802 office with a current address and take care of their work dues. Since the dues are only about 3 1/2% of the gross, it still means money in the musician’s pocket. “Every month,we notify people via postcards that we have a check for them and when they let us know where to send it, then it goes,” Crow says. “Right now we have about five bins full of checks here.”

Crow doesn’t know exactly how much is in escrow right now. “That would take a lot of adding,”he says, sighing. “But there are certainly many thousands of dollars sitting in an escrow account. And if the money hasn’t been claimed after several years,the state takes it in an escrow account of their own.”

Every musician I’ve ever known has been,well,more than preoccupied with the payment for his or her gig. How could so many big-time playas have overlooked this not-so-minor detail?

“Most of this money is from residuals from television or radio appearances,” Crow says. “Say a musician does Letterman and takes away a check for that appearance. They forget that if the show runs again, then they are due residuals for that. Or their music gets used in a film. But the main reason they don’t get this money is that they haven’t let their employers or us know how to reach them. It’s as simple as that.”

Allegro’s escrow list always provides us with tons of geeky music-fan fun, playing games that would make Nick Hornby proud. Like putting together the weirdest band from names on the list: how about Slash, Burt Bacharach,David Murray and Charlie Watts? Or guessing what horrendous gig Celine Dion ran out from without her check. Wondering why Thelonious Monk is on the list and not John Coltrane. Which raises the puzzling issue of how someone deceased earns money from the musicians union.

“It’s the residuals,”Crow says. “If a recording of a deceased artist gets used in a film or on a commercial,they get paid. I remember when they reissued a bunch of Ed Sullivan shows, it was really difficult to figure out who was to be paid, because there just weren’t records.”

Lest anyone think the Local 802 is up to something with all this money,Crow confirms that they do everything in their power and more to disburse the funds. “I’ve even called their relatives for a current address for the musician or his heirs. After checking a fan Web site, I called Savion Glover’s grandmother. But his money is still unclaimed.”

From talking with Crow,you get the feeling that even he finds it a bit exasperating that there’s so much money sitting unclaimed when there are so many people in need. Does he ever feel like playing Robin Hood?

“Sure,” he laughs,”there are some oldtimers who come in here looking for jobs or money and we don’t have anything for them. It would be nice to see some of that money [that goes unclaimed] go to an emergency musicians fund but we’re bound by the laws we all work under.”

Who would think that it would be so hard to give away money?