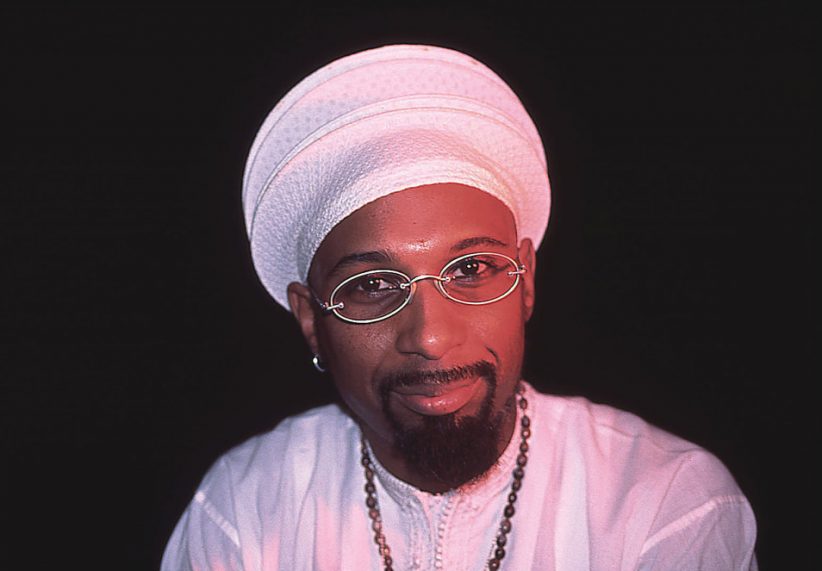 Cuban pianist Omar Sosa is a kinetic spirit, fascinated with multitudinous African cultures and their diaspora kin. His eight recordings for the Otá label have ranged from Afro-Cuban rhythms, to Oaktown funk and beat poetry stemming from his four-year Oakland residency, to the earthy spirituality of Moroccan Gnawa music.

Speaking from his current home in Barcelona, his 7-month-old son sounding off in the background, the 38-year-old Sosa says Ayaguna is the product of four years of concerts with Ovalles: “Pretty much the idea when we work together is to put all the elements of the African diaspora that we know together on the table.”

Sosa and Ovalles are both followers of Santería, the Afro-Caribbean belief system that grew out of West Africa’s Yoruban culture. “We are sons of the same orisha [saint]: Obatala, the owner of the head, owner of the peace, owner of the love, his color is white,” which predominates Sosa’s striking wardrobe of flowing garments and head wraps. Ayaguna is one of the spiritual paths available to those who follow Obatala.

The broad strokes and varied musicians on his recent recordings are because, “We’re sons of the same mother, Mama Africa. A lot of people sometimes don’t really know how close we are to Mama Africa. When I moved to the United States [1995] I lived in Oakland, and I related how close the African-American people are to the Afro-Cuban people. The only thing that changes is the language. The street poets [rappers] are the same thing as the Abakua people in Cuba, or the same thing as the rumberos. Everything is in clave.

“In Oakland I lived in a heavy, heavy neighborhood-the Black Panthers were born there. One of the guys in front of my apartment listened to our rehearsals one day and he came to the front door dancing. He said, ‘I don’t know where this music comes from, but this is the same thing as what I listen to in my house.’ We had the conga, the timbale-we were pretty much jamming to have fun. The guy said, ‘Man, the only thing you need here is somebody rappin’ on top of this! This shit is good!’ This was my first experience with African-American people, and I said, ‘Damn, I’m in the right place!'”