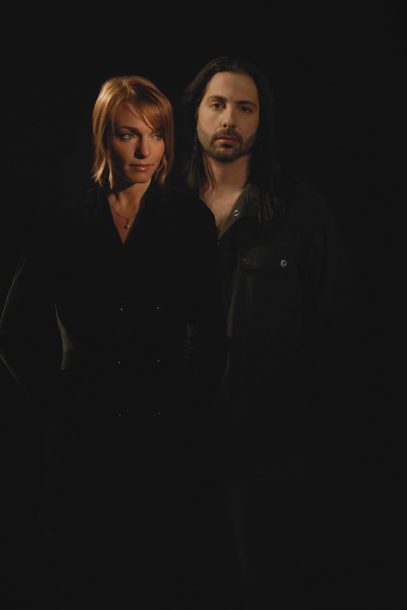 The compositions created by the duo O’2L are best described as sonic collages that combine live playing, samples, vocals and effects in kaleidoscopic ways. Comprising the husband-and-wife team of guitarist Al Pitrelli (a rock veteran who has played with the likes of Alice Cooper, Megadeth and Asia) and keyboardist-composer Jane Mangini, the duo embraces a wide range of musical styles even as they defy easy classification. They open their endlessly entertaining sophomore album, Doyle’s Brunch (Peak), with “Learn to Walk,” a grooving yet atmospheric piece in which Mangini’s piano work coexists alongside ethereal vocal harmonies and horn and guitar punctuation, while “Come and Get It” features fleet-fingered, jazzy playing from Mangini as well as vocal snippets and horn samples.

“Mountain City Playhouse” is a quirky hoedown featuring lickety-split piano, banjo and violin accents, and what sounds like shotgun-loading effects, while “City Chicken” is a rather protean, urban-tinged number featuring a finger-snapping beat and honky-tonk piano. The duo’s rhythmic instrumental take on the Doors’ “Riders on the Storm” is even moodier than the original, while Horace Silver’s “Lonely Woman” is an elegant piano ballad. The album closes with the title track, a good-humored slice-of-life homage to a Boston restaurant featuring lightning-fast piano with fiddle accompaniment, punctuated by scene-setting bawdy jokes, screams of laughter and breaking glass.