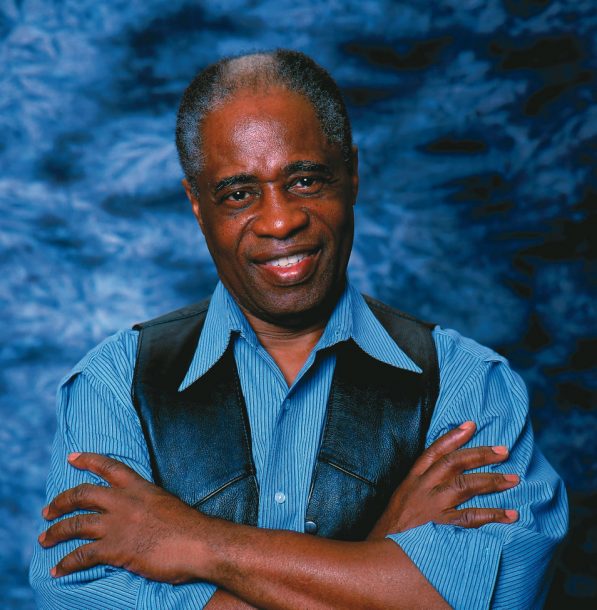 “Accompaniment can be a graveyard for pianists.” That reflection on anonymity comes from Norman Simmons, 73, via phone from his home in Montclair, N.J., where he is busy working on his autobiography. It will be a been-there, did-that, name-dropping, anecdote-filled tome underscoring Simmons’ theory that musicians-particularly rhythm section players-“need to get in the foreground to establish any longevity in jazz. Singers tend to pay more, but you get a reputation of being tied to them, and musicians don’t call you anymore.”

Simmons has certainly been there. Born and raised in Chicago, he absorbed the Windy City’s blues atmosphere as an aspiring sideman, heavily influenced by Ahmad Jamal, Oscar Peterson and Hank Jones and especially Duke Ellington in terms of arranging. As Simmons points out, “I was always interested in how he provided for everyone of his soloists. I remember one time working with Ben Webster and I would lay certain things on him, and he would turn around and say, ‘Duke!’ I went out with the Basie band in ’99 and put that Basie ‘oom-pah’ on them at just the right time. A lot of cats don’t know how to do that.”

A lot of cats lack the instinct to be supportive. Simmons refers to the rhythm section as “the motor of the car.” At the Beehive, in Chicago, he got to drive many great soloists who came through town: Lester Young, Wardell Gray, Dexter Gordon, even Charlie Parker. Singers also buzzed around the Beehive. One of the first was Dakota Staton. Another, Ernestine Anderson, convinced Simmons to come to New York and work with her. That opened the floodgates for singers always on the lookout for another Ellis Larkins or Jimmy Rowles. Simmons was soon recommended to Carmen McRae and in 1960 joined her for nearly 10 years. Considering the reputation of that demanding diva (she could wear out one accompanist per set), that was an eternity. In fact, they got along so well she referred to him as “Sweet Norman.”

Simmons is still sweet, unassuming and willing to stay in the background. Those qualities led to fruitful associations with Betty Carter, Anita O’Day, Teri Thornton and Joe Williams-the latter from 1979 to Williams’ death in ’99. Still, Simmons didn’t play in total anonymity: “Anita O’Day, when I was with her, she always bragged about me. She was always supported and promoted me, which most singers don’t do.”

Between the bookends of McRae and Williams, Simmons managed to squeeze in two decades of teaching: William Paterson College (now William Paterson University), the New School and the Jazzmobile. Yet somehow he found the time to record and has accumulated an impressive discography, including his own label, Milljac. But it wasn’t until Williams’ passing that Simmons returned to the recording studio, after a long absence, as leader. The Art of Norman Simmons (Savant) came out in 2000.

Simmons’ latest CD, the aptly named Synthesis (Savant), runs the gamut from Strayhorn to the Beatles. It is truly the sum of its parts. Among those parts is an unusual timbre created by the often unison blend of Eric Alexander’s tenor and Henry Johnson’s guitar. Simmons, who arranged all the tracks, says: “[The combination is] not as biting as tenor and trumpet. Besides, it’s difficult for me to find the kind of trumpet player I need today.” That sound is quite effective on “Georgia’s in Town,” a clever Simmons melody line based on the changes to “Sweet Georgia Brown.” Simmons gets reflective on “Here There and Everywhere,” beginning and ending rubato and switches in between to a surprising eight bars of stride. It’s a miniature gem, less than 90 seconds. But the next nod to Lennon/McCartney is a long, funky Latin examination of “Eleanor Rigby,” and there’s a nice touch near the end when Johnson intones a bluesy “All the lonely people/Where do they all come from?” on his ax over an ostinato figure by bassist Lisle Atkinson.

Most of Synthesis’ highlights are in the Strayhorn section (Simmons’ original intent for the CD was to record a series of medleys). “Lush Life” begins with some lush meandering by Simmons who suddenly switches to 3/4 before that long verse ends. Another surprise awaits when the chorus settles into a moderate uptempo groove, with Simmons’ entrance into the chorus as exciting as any horn player’s. Meanwhile, “Something to Live For” swings gently, and “A Flower Is a Lovesome Thing” gets an impressionistic, “Lazy Afternoon” treatment.

Synthesis is filled with the unexpected, apropos of Simmons’ self-description: “looking backward and forward, too.”