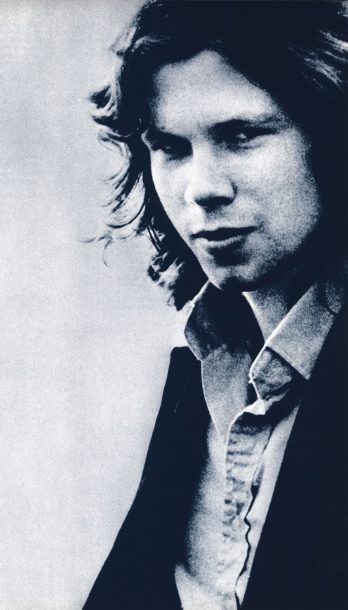 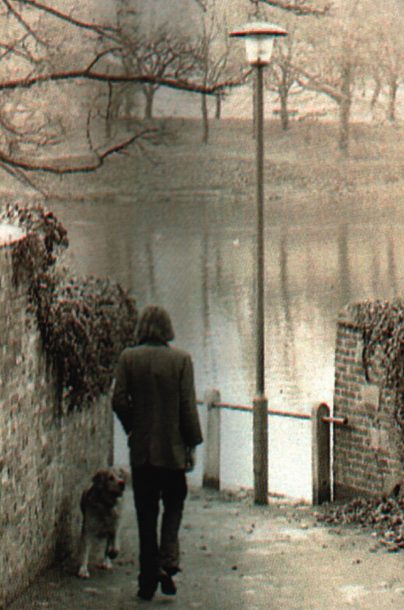 Until recently, Nick Drake’s name was familiar to only the most avid record collectors. The British folk singer released three albums bet-ween 1969 and 1972-Five Leaves Left, Bryter Layter, Pink Moon-that set his whispery voice against arrangements that included moody strings and the stark picking of an acoustic guitar. His lyrics proved the Summer of Love was long gone, but even in his bleaker moments Drake had a warm, soothing quality to his singing.

None of the albums generated much widespread attention at the time of their release, due in part to the singer’s reluctance to perform live. He was plagued by psychiatric problems, which got so bad at one point that he couldn’t even walk or talk. Drake died in 1974 from an overdose of antidepressants; whether it was intentional or accidental has never been resolved. Like jazz pianist Herbie Nichols, Drake left behind a small but rich songbook that has since affected many more people than he did during his 26 years.

Drake’s “Pink Moon” popped up in a Volkswagen commercial in 2000, helping spur a renewed interest, but even before that mainstream coup a few forward-thinking jazz musicians were interpreting the troubadour’s music. The most prominent was pianist Brad Mehldau, who did Drake’s “River Man” on two volumes of his Art of the Trio series: 1998’s volume three and 2001’s volume five. Mehldau revisits “River Man” on his new solo CD, Live in Tokyo (Nonesuch), and he opens the album with “Things Behind the Sun,” another song from Pink Moon.

Mehldau had never heard of Drake until the owner of Largo, a Hollywood club, played “River Man” for him. The pianist was struck by the way the melody was phrased over the 5/4 rhythm. “Oftentimes what you get with interesting singers that I love-whether it’s Billie Holiday or Joni Mitchell or Nick Drake-is this staggered quality of holding back behind the actual rhythm of the music, and waiting and staggering things, and the sort of emotional effect that can have,” Mehldau said in an NPR interview last fall. “And Nick Drake does that in an uncanny, gentle kind of way.” That aspect of the song acts like a continuation, Mehldau said, of the tradition of rhythmic adventures that date back to the modal drone in John Coltrane’s reworking of “My Favorite Things.”

Last summer Vancouver’s Songlines label released Poor Boy: Songs of Nick Drake, which includes free improvisers, vocalists and singer-songwriters remaking 15 Drake numbers. Like Radiohead and Bjork, Drake is proving to be a treasure trove for jazz musicians who want to look beyond the Great American Songbook.

Songlines label owner Tony Reif heard Drake’s Five Leaves Left not long after it was released in 1969. He was struck by the distinction and intimacy of his delicate, whispery voice. “Like many Drake aficionados, I suspect, I had an almost conspiratorial relationship with that music and with the persona it projected,” Reif says.

In 1999, he assembled a Drake tribute show in Vancouver that went on for four-and-a-half hours. While not all of it ran smoothly-some singers forgot lyrics, guitar strings broke onstage, performers were nervous-it was successful because much of the music had rarely, if ever, been performed in front of an audience.

The CBC recorded the concert but Reif decided to begin from scratch when assembling Poor Boy, with a focus on the jazz artists involved with the live show because, he says, “The strongest interpretations at the concert had been by the jazz performers. I didn’t set out to prove that Nick’s music could be performed as jazz; I wanted to see what creative musicians of whatever stripe would do with it.”

In that regard, the jazz players keep the feeling of the composer’s work, even when they head into free territory. Clarinetist Francois Houle’s sextet begins with an original, “For Nick,” before veering into “Horn” and the droning “Know.” The original version of the latter song consisted of one bluesy riff and about four lines of lyrics. Here it gets fleshed into a jazz groove, with Danielle Hebert providing the vocals.

“I didn’t sit down and try to analyze chord changes,” Houle says of his interpretations, another of which is “Road” with Veda Hille and Robin Holcomb. “I approached the songs from a melodic perspective, improvising over the themes and riffs. By layering several improvisations one on top of the other I came up with a different harmonic context for ‘Road.'”

Vocalist Kate Hammett-Vaughan, who sings two of Poor Boy’s tracks, wasn’t familiar with Drake until she heard Mehldau’s version of “River Man.” The mood of the music struck her immediately, and she realized that his sound wasn’t boxed into one style of music. “You can hear a blues influence in some tunes, and he has an ear for chords and rhythms that are outside the realm of many folk singer-songwriters,” she says. “I think he was a guy with big ears and a creative spirit, but that doesn’t necessarily make him a jazz musician. He was just Nick Drake.”

Jazz or not, Hammett-Vaughan says there is a natural progression for jazz musicians to discover someone like Drake as they look for strong material outside of the usual jazz canon. “We’re looking for material that is of our time, specific to life experience,” she says. “That puts Nick Drake in the same boat as Joni Mitchell, Stevie Wonder, Elvis Costello and a handful of other good contemporary songwriters who have created works that are becoming the new standards.”

Reif agrees: “Whatever, wherever-isn’t that the jazz motto? I’d like to hear more jazz vocalists tackle Nick’s songs, not necessarily in a typically jazzy way, but maintaining something of the introspective/introverted quality of the originals, while at the same time not shortchanging them of their power.”