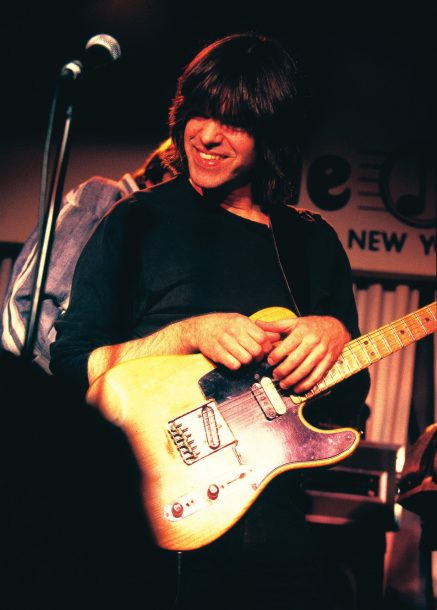 When Wynton Marsalis and the Lincoln Center Jazz Orchestra hit New Orleans-along with Ghanaian percussionist Yacub Addy and his group Odadaa!-a buzz vibrated throughout the music community and beyond.

The musicians’ primary engagement was to perform Marsalis’ and Addy’s composition “Congo Square” at a free, outdoor concert at the historic site of the same name located in Armstrong Park. Also involved in a residency that included workshops, a show for young audiences and an open rehearsal, the musicians took the opportunity during their stay to play other gigs, sit in and just hang out. All this activity took place during the already music-heavy period of the French Quarter Festival. It also acted as a much-appreciated shot in the arm for a city needing a boost in its time of trouble.

Marsalis, who is known for heading out horn in hand to jump on bandstands with old friends, remained pretty much ensconced, deep into fine-tuning the composition. During rehearsal, which was an eye-opening affair on how the bandleader would utilize the jazz ensemble and African percussionists and vocalists, he made changes on the spot. Dressed in jeans and a T-shirt, which was soaked with sweat from tossing a football around with the guys during a break, Marsalis was serious in his instructions though he often offered them with much humor.

Drummer Herlin Riley definitely seemed to have the most fun at the rehearsal and throughout his hometown visit. Tambourine ringing, he danced Mardi Gras Indian-style at the front of the stage and then joined the African drum section. Riley, who rejoined the LCJO for its “Congo Square” tour, was equally comfortable on both the jazz musician and African sides of the stage.

A second line parade, which kicked off from the Backstreet Cultural Museum in the musically rich Treme neighborhood, celebrated the debut of “Congo Square.” Complete with the Black Men of Labor Social Aid & Pleasure Club, it wound through the streets to the sound of classic numbers like “I’ll Fly Away” before entering Armstrong Park to an awaiting crowd. Instead of blowing trumpet with the Treme Brass Band, Marsalis opted to play cowbell with Odadaa! and boarded the large stage for the historic performance wearing the same white, now sweat-soaked shirt he wore throughout the procession.

The spirit of New Orleans Mardi Gras Indians, again evoked by Riley’s tambourine, began the performance with Marsalis taking the big chief’s role of storytelling with Hurricane Katrina as his topic. “All we’re hearing, nothing but lying,” he proclaimed. “Peace, peace, peace of mind,” sang the musicians in response. This was a very warm, personal moment in the almost two-and-a-half-hour concert that moved from swinging big band arrangements to Odadaa! utilizing their voices and percussion instruments to dramatic effect. The comfort level of the two ensembles (some 28 musicians) on one stage was obvious in their smiling faces and open regard.

Marsalis offered almost no narrative between the 14 pieces that made up the New Orleans-inspired composition. Some reflections or clearly stated melodic themes may have helped tie the work together for the audience; especially considering the length of the program. Marsalis did offer a taste of what was coming as he introduced the powerful and most modern movement, “War.”

“All this time we’ve been trying to play with each other,” he explained. “Now you’re going to see what it’s like when we don’t.” With that, the band took off.

Excellent execution and musicianship plus a sense of spirited camaraderie brought energy to each selection. The absolute unity often created emotional and musical impact. While soloing was limited, the audience learned of Addy’s penchant for moving from instrument to instrument and the joyfulness of his assistant leader Okoe Nunoo. Trumpeter Marcus Printup shined on a Caribbean-tinged number and Sherman Irby pounced on “War.” Much to the disappointment of most, Marsalis never did pick up his trumpet. He really should have blown at least once for his hometown. It needed some triumph and still does.

While too much water was New Orleans’ undoing during Hurricane Katrina, the lack of it marred this momentous premiere. Fully aware of the significance of the concert’s locale, the primarily New Orleanian audience was willing to give up the comfort of an indoor, air-conditioned venue despite the hot April day. Ditto for Marsalis and company. But locals know surviving means drinking plenty of water-of which there was none at Armstrong Park. With dehydration setting in and their energy sapped, many people left midway through in search of an oasis.