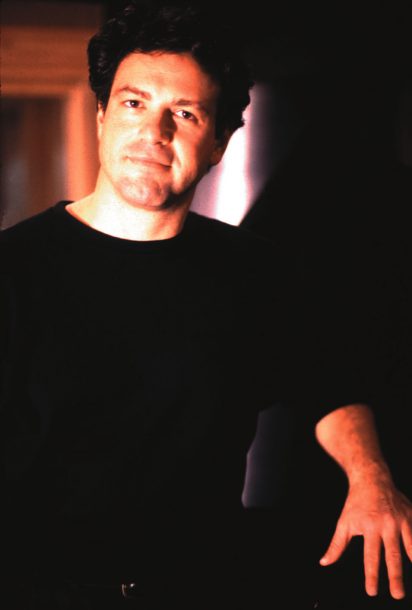 The 11th Annual Mary Lou Williams Women in Jazz Festival began with a nod to the festival’s namesake. Pianist Jessica Williams shared a story about hanging with Mary Lou Williams at the Keystone Korner in San Francisco, then

dedicated to her a heartfelt, unaccompanied version of John Coltrane’s “Wise One,” punctuated by a baby’s cry just before the final note. Referring to the infant’s vocal, Williams wryly noted, “I like that last comment, and I agree with it.” From there she displayed Monkish dissonance and a hint of

stride during “I’m Confessin’,” and quoted “If You Could See Me Now” in between pianistic brush strokes on “I Want to Talk About You.” From her new CD dedicated to Billy Taylor, Williams offered the attractive “Theme for Billy,” which cleverly borrows from Duke Ellington’s “Reflections in D.” To

conclude, she and Taylor shared the piano bench in a rough and tumble, four-handed blues.

Trombonist Sarah Morrow presented an entertaining set of jazz and blues with Bobby Floyd, organ; Peter Giron, bass; and Shirley Horn’s long-time drummer, Steve Williams. Morrow blew a multiphonic solo on “Blue Monk,” then she and the band went to church with a gospel waltz dedicated to Ray Charles, with whom Morrow once played. Her set ended with a 1960s soul-jazz call and response with the audience; nothing deep or profound, just big fun that had

nearly every head in the hall nodding in rhythm.

To end the first evening, vocalist Dee Dee Bridgewater lit up the stage with animated performances of Kurt Weill’s “This is New,” a teasing French-English “Dansez Sur Moi [Girl Talk]”and a deliciously sensual “Besame Mucho,” sung in Spanish. Her band was killing, though there were times when drummer Antonio Sánchez and percussionist Pernell Saturnino burned so hot they overpowered the vocals. Still, you can’t be shy when backing a dynamo like Bridgewater, and pianist Edsel Gomez laid down a heavy, hypnotic

montuno on “My Favorite Things” that spurred Bridgewater’s exhilarating percussive scat exchange with the two drummers. It’s a good thing Bridgewater closed the show-just about anything else would have been anticlimactic.

Friday night’s concert opened with the Mary Lou Williams Women in Jazz Award being presented to pianist, singer and composer Patti Bown, who unfortunately could not accept in person. Robert Northern (aka Brother Ah)

accepted on her behalf and shared stories about their time together in the Quincy Jones Orchestra. The live music began with Daniela Schachter, the winner of last year’s Women in Jazz Pianist Competition. For her festival

post-Herbie Hancock harmonic concept on her original composition “Dark Blue.” Her second piece was even more interesting, with contrasting sections in different meters, wordless vocals on the bridge, and an up-tempo section

for the solos. Schachter’s unadorned vocals (no ornaments or melisma) blended well with Sipiagin’s flugelhorn, and the group’s rendition of “Stella by Starlight” was abstract enough to avoid cliche. Following her set, Ms. Schachter gave the award to the winner of this year’s piano competition, fellow Berklee grad Mayuko Katakura. Ms. Katakura will perform

at next year’s festival.

New York-born, Bay Area-based guitarist Mimi Fox took advantage of her relatively rare East Coast appearance by fronting the impressive group from her latest CD, Perpetually Hip. She played nearly the entire set seated, opening with a medium tempo blues. Her solo climaxed in octaves, then she comped with harmonics behind the statement by bassist Harvie S. Spurred throughout by drummer Billy Hart’s surprising accents and breaks, everyone in the band was smiling and responding to each other’s calls. Fox went on to play her lovely ballad “While Bangkok Sleeps,” a bossa arrangement of “But Beautiful,” a tasty, unaccompanied “Alone Together” and a blistering guitar-drum duet on “The Song is You.”

The evening concluded with a particularly moving performance by vocalist Abbey Lincoln, who stepped to the microphone in a black outfit with a black wide-brimmed hat that left most of her beautiful face in shadow. She appeared thin, frail and unsteady; until she got to the microphone and sang the her first song, “Livin’ Down Here Below.” Any trepidation the audience might have had quickly vanished as Lincoln gave a near perfect reading of the lyric, with timing, shading and phrasing that revealed both strength and

vulnerability. About halfway into the song she adjusted her hat and revealed her eyes and entire face for dramatic effect. Lincoln later stumbled on the verse to “Throw It Away,” and during another song she admitted that she’d forgotten the words, so she sat down, looked up and offered a sly, cute smile while her supportive rhythm section turned goof into triumph. While introducing “Hey Lordy Mama,” she said simply, “So many have gone, it’s a drag.” Her pitch may have wavered a bit on “I Should Care,” but when it counts she can still hit the intervals. Taking her bow, she confessed, “The sweetest sound in the whole world is applause.” Lincoln’s a cappella encore of “Tender as a Rose” left most in the audience shouting their appreciation, and more than a few wiping away tears.

Over the course of three days the festival also included an open jam session, free performances by the IAJE Sisters in Jazz Collegiate All-Stars and a concluding night of appearances by Trudy Pitts, Ernestine Anderson and the Diva Jazz Orchestra. Select performances from the festival will be broadcast on the public radio program JazzSet. For information, visit jazzset.org.