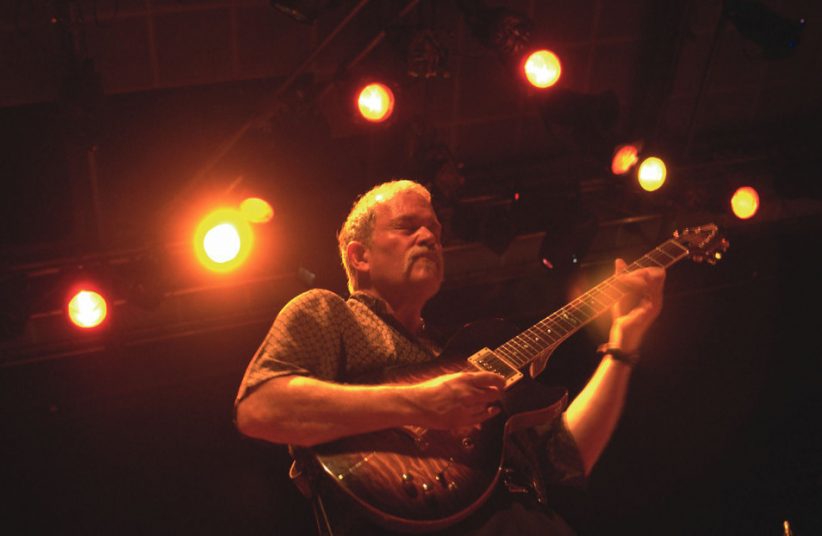 Concert presenters and nightclub owners tend to showcase the usual suspects. Invariably, they will book big names or proven units that are out touring in support of recent releases. In New York, however, there are a handful of savvy promoters who take great delight in throwing the audience a curve ball every once in a while, concocting unlikely combinations of musicians on the bandstand and, in some cases, mixing and matching artists who may have never played together before. It’s a risky business. When it works the results are often exhilarating. Other times, the chemistry is not happening. In those instances, it quickly becomes clear to everyone in attendance that the experiment was ill-advised.

One ambitious promoter on the New York scene who is fond of mixing and matching artists is Charles Carlini. One of his recent triumphs was the all-star band 4 Generations of Miles, bringing together Miles Davis alumni from different periods-guitarist Mike Stern, tenor saxophonist George Coleman, drummer Jimmy Cobb and bassist Ron Carter-for a gig at Makor, documented on a 2002 Chesky recording. Carlini also organized the recent Larry Coryell/Lenny White/Victor Bailey power trio which led to two Chesky CDs. Carlini also presented a number of all-star gala tributes to guitar greats as part of the JVC Jazz Festival, including Tal Farlow’s 75th birthday salute in 1996, a tribute to Johnny Smith in 1999, a tribute to George Van Eps in 2000, and a 90th birthday celebration last year for Les Paul at Carnegie Hall. Other combos that Carlini has successfully assembled include the Conga Kings (Patato Valdez, Candido, Giovanni Hidalgo) and Bass Hits (Richard Davis, Buster Williams, Eddie Gomez with Lenny White and James Williams).

Carlini’s latest venture was a Birdland showcase for an all-star group consisting of drummer White, bassist Gomez, guitarist John Abercrombie and clarinetist Don Byron (pictured), who generally does not travel in the same musical circles as the rest of the group. Together they exhibited a remarkable cohesion on the bandstand along with a collective stretching aesthetic that made for some intriguing exploration of jazz standards and originals. Given its proximity to the theater district and major hotels in the Times Square area, Birdland tends to attract a lot of tourists. But what this adventurous quartet played was far from polite, tourist-friendly fare. While Gomez and Abercrombie engaged the audience with witty between-song banter, their set was fiercely uncompromising and full of rambunctious interplay that pushed these tunes to their limit.

The big surprise here was Byron, who played more tenor sax than clarinet on this gig. (Since the release of 2004’s Ivey Divey, he’s been relying on tenor more than ever before). Combining a pungent tone with his fluid facility and renegade tendencies, Byron’s tenor playing provided a provocative edge to the quartet, although his intimate duet with Gomez on “Body And Soul” was strictly straightforward and imbued with heavy soul.

After opening the set with a deconstructive take on “Days of Wine and Roses,” on which he playfully quoted from Miles Davis’ “Jean Pierre” during this freewheeling solo, Byron switched to tenor sax on Gomez’s tribute to Dizzy Gillespie, “Cheeks,” a subdued swinger underscored by White’s brushwork and the bassist’s virtuosic double stops. Abercrombie and Byron joined together on guitar and sax to create the kind of demanding unison lines at breakneck tempos that were a signature of the formidable Bird-Diz frontline. Their connection throughout the set was evident, and in a few cases Byron stood by listening to Abercrombie’s solos. He reacted to the guitarist’s unpredictable choices during his legato flights with obvious delight.

Abercrombie’s buoyantly swinging “Stop And Go” carried a Brubeckian lilt to it and featured Byron on clarinet engaging in some spirited call-and-response with the guitarist. For his own “SEX/WORK,” a sultry tango inspired by the Clarence Thomas-Anita Hill hearings on Capitol Hill, Byron alternated between deep bluesy statements and keening tones on the tenor sax.

In this four-night engagement, the four virtuosos-all bandleaders in their own right-were testing the waters to see if there was any magic there. Based on the Thursday night performance that I caught, this could be the beginning of a very beautiful relationship. Here’s hoping they keep it together and eventually document their unique chemistry on record.