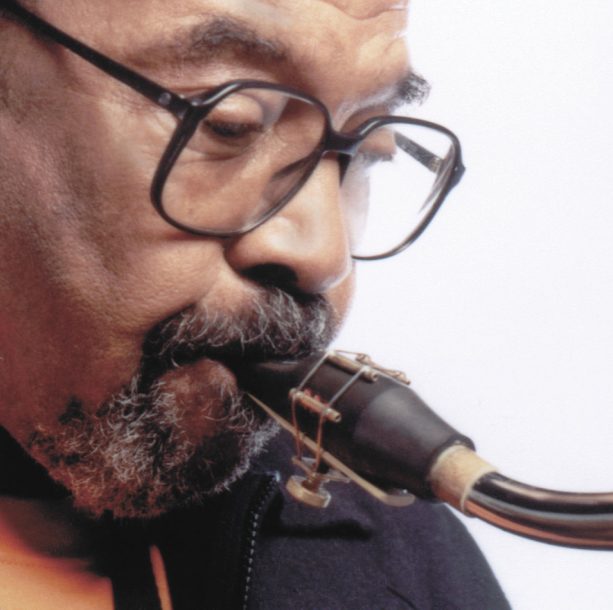 A crisp Ernie Wilkins arrangement of “Dizzy’s Business” opened the show with workouts from trumpeter Randy Brecker and saxophonist Justin Robinson. The big band’s conductor and musical director Slide Hampton brought out subtle details in the music, making it clear this concert wasn’t just an exercise in reading repertory charts.

Moody came out for a brisk “Emenon” and, with the entire saxophone section checking him out, flew through the changes, with tart comping by pianist Mulgrew Miller and killing cascades from the trumpet section. In a sentimental moment afterward, Moody acknowledged his uncle in the audience who bought him his first saxophone.

Though the band was filled with first-rate soloists, everyone put melodic and harmonic variation ahead of mere technical display. Saxophonist Jimmy Heath was particularly inspired on a Dennis Mackrel arrangement of “Hot House,” with long phrases and hip twists and turns. Vocalist Roberta Gambarini used her impressive chops in a scatting call and response with Moody on “Blue ‘n Boogie,” then blended seamlessly into the ensemble sections.

The second half began with saxophonist Paquito D’Rivera in a tux with red bow tie telling a funny story about Dizzy Gillespie coming to visit him in Havana. D’Rivera then raised the temperature in the room with a scorching “Manteca,” complete with Hampton and Heath trading fours and bassist John Lee’s string-popping solo, with a sly quote from “Jean Pierre.”

Hampton’s lovely, textured arrangement on “Stardust” showcased the pitch perfect Gambarini, who never indulges in the melismatic acrobatics favored by lesser singers. The band sang Jimmy Heath’s tribute to his old friend, “Moody’s Groove,” and then Moody himself performed his famous “Moody’s Mood for Love,” singing both the full voice part (with yodel) and the hilarious falsetto. His little hip-hop dance and soap-opera coda brought down the house.

The orchestra finished with a breakneck “Things to Come” with stellar moments from trumpeters Randy Brecker, Roy Hargrove, Greg Gisbert, Claudio Roditi and the stratospheric Frank Greene. The explosive chart ignited several climaxes: first the fiery trumpet exchanges (with Hargrove quoting Ornette Coleman’s maniacal sing-song riff “Dancing in Your Head”), then Antonio Hart in a furious duet with drummer Mackrel. An encore of “Night in Tunisia” gave D’Rivera a chance to take the famous break on clarinet. His solo quoted several Gillespie tunes and he led everyone in the refrain to “Salt Peanuts.” As the audience filed out, they serenaded Moody in a ragged but heartfelt rendition of “Happy Birthday.”