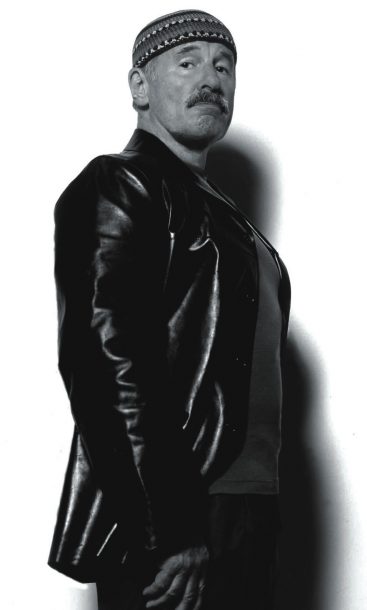 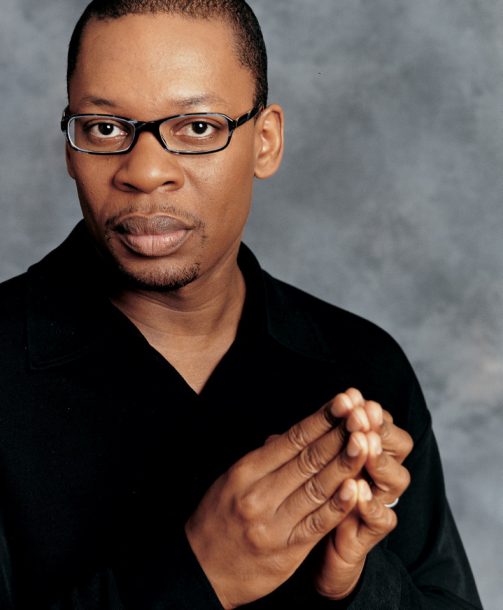 Mikko Innanen is the star of Finnish jazz. At least that’s how it appeared to me, while visiting Finland for three drizzly November days to witness the 24th International Tampere Jazz Happening. Before I left the U.S. for the festival, stateside journalists familiar with the saxophonist told me, “Lookout for Mikko.” And numerous Finnish jazzheads and journalists I spoke with in Tampere asked, “Have you heard Mikko yet?”

Of the three opportunities to catch Innanen at the 2005 Tampere Jazz Happening, I saw just one: a duo performance with his drummer pal Stefan Pasborg at Telakka, a cozy restaurant/bar that served as one of three festival venues. Employing saxophones in all sizes (and occasionally a whistle), Innanen staked his claim as the Finnish jazzman of import, battling Pasborg’s skin bashing with wails and melodic contortions that recalled the playing of Ornette Coleman and Albert Ayler. The set was easily more engaging compared with the tedium of another duo set played the previous night by soprano saxophonist Harri Sjostrom and pianist Bernhard Arndt. Billed as Three Meter Dog, Sjostrom and Arndt treaded through an hour of sparse free improvisation without hitting on the path to transcendence. With Sjostrom crying through his horn like a wounded bird and a restless Arndt switching between and applying brushes to the inside of his piano, the duo received only polite applause, while folks at the Innanen/Pasborg concert erupted with cheers and furious hand-clapping after the pair concluded an improvisation. Innanen took it modestly, issuing a boyish grin, saying “Kittos” (Finnish for “thanks”) and making jokes off mike before beginning another duet.

Across a small plaza from the tiny Telakka is Pakkahuone, Tampere’s Old Customs House, which served as the main hall for the Jazz Happening and host to the festival’s more established and international talent. The French quintet Collectif Slang opened the festival Friday night with a set of undulating and atmospheric improvisation. Comprised of alto saxophonist Laurent Geniez, guitarist Maxime Delpierre, bassist/electronics manipulator Olivier Sens, drummer David Aknin and trumpeter Mederic Collignon, who also serves up occasional vocals and effects manipulation, the band created a cerebral sound in the vein of Miles Davis’ Filles de Kilimanjaro band but without the funk-their rhythms come out of downtempo chill.

Nordic piano phenomenon Esbjörn Svensson packed the Customs House with enthusiastic fans who lapped up every one of his trio’s surprise shifts from delicate chamber jazz to effected, prog-y excursions and back again. E.S.T. was especially enchanting during a version of the title track from its 2003 album, Seven Days of Falling, which featured an extended and exploratory solo from bassist Dan Berglund that seamlessly segued back into the tune’s main theme. Those guys practice. Obviously enjoyed by the crowd, Svensson’s set, along with others the following days by Tomasz Stanko’s Quartet and Norwegian vocalist Solveig Slettahjell’s Slow Motion Quintet, lent a breath-catching moment between the festival’s more free, bombastic and challenging performances.

Saxophonist Gebhard Ullmann has such a serious and earnest disposition and offers so many explanations of his songs onstage that you expect his music to be the most cerebral stuff this side of Lennie Tristano. But he rarely offered thinking-man’s jazz in his Basement Research 5tet Saturday afternoon set. It was soulful, Mingus-y creative jazz, alternately freewheeling and composed. A recording of the set should be sought out solely for trombonist Steve Swell’s high-pitched, energetic and breath-less solo during Ullmann’s “Berlin Park.”

But by far the most intense and affecting set I witnessed was the following performance by the trio of saxophonist Peter Brötzmann, electric bassist Marino Pliakas and drummer Michael Wertmuller. God bless European audiences, because no American venue of the Customs House’s size would be near to full for a Brötzmann concert. And it’d certainly take a specially selected Stateside group to hang in there and withstand the kind of full-on attack the German reedist delivered in Tampere. Playing just three improvisations before leaving the stage, Brötzmann was a ferocious presence onstage, bellowing through his tenor with a bulldozing forcefulness from his first note to his last. Pliakas and Wertmuller were equally assertive at filling every last bit of space in the thick canvas of sound and matched Brötzmann’s fire with accompaniment worthy of an Ozzfest booking.

Not every act at the Jazz Happening screamed “jazz,” as the festival programmers fit into the schedule a few more rock-leaning acts, perhaps to attract a younger crowd. If that is the case, it worked to lure kids into buying tickets for KTU, which headlined the festival’s Saturday night bill. KTU is comprised of two Finns, accordionist Kimmo Pohjonen and samples manipulator Samuli Kosminen, and two Americans, guitarist Trey Gunn and drummer Pat Mastelotto, both of the prog-rock band King Crimson. A camera crew was on hand to capture the band’s performance at the Custom House-a heavy, ominous and ultimately fatiguing hour of progressive chops-but I wished that the cameras had been at Telakka earlier in the night to capture Finnish guitarist Jarmo Saari Solu’s set. Entering the stage in a blindfold, Solu began his set by ringing fingers around the rims of goblets of water. The blindfold was a little much, frankly, but when he removed it and took up his guitar Solu delivered a set of beautiful soundscapes by employing a battery of effects that twisted, delayed and distorted his guitar and voice. His sound is somewhere between Bill Frisell and the ambient work of Gunn and Mastelotto’s bandmate Robert Fripp, and is worth checking out on Solu’s album, Solu.

For those who made it through KTU’s pounding set that Saturday night, there was a highly melodic antidote awaiting them in the Customs House’s adjoining late-night room, Klubbi. Finland’s Five Corners Quartet was onstage by 1 a.m., playing a set of Rat Pack-sating swing with each member singer Okou. If it was light on artistic moments (it was), it was still fun as hell, and the Quartet’s members-the high-flying trumpeter Jukka Escola especially-play their brand of retro jazz as sharp they dress (in suits).

It was at Klubbi that the Jazz Happening came to a close. On Sunday evening many of the festival’s performers rotated on and off the club’s small stage for a closing, free-admission jam session that matched some of the previous days’ high points and gave anyone who had missed the rest of the festival reason enough to get tickets next year.