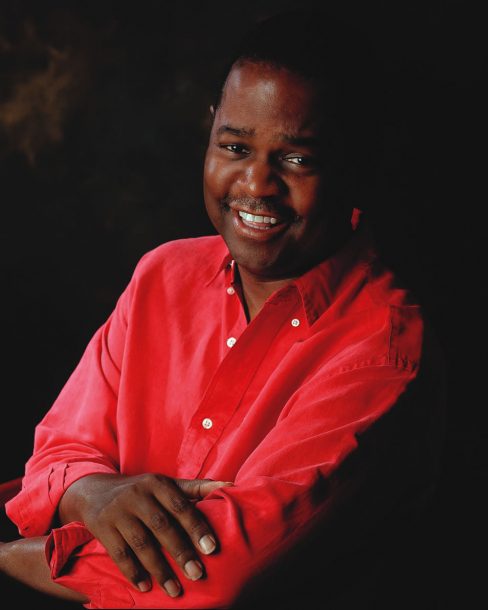 The Caribbean has become the literal hot spot for a wave of new jazz festivals, where visitors can enjoy the sun, sand and sea along with the strains of familiar jazz, pop and soul music. Add to that list the Cayman Jazz Festival, which this year mounted its third three-day music fest on a new set of dates and new locales. Held December 8-10 at two sites of the sun-kissed British overseas colony (it was previously held in June 2004), the festival featured a mix of local Caribbean talent and American jazz stars, including Arturo Tappin, Najee, Al Jarreau and Ravi Coltrane.

Located some 480 miles southeast of Miami–due south of Cuba and 189 miles north of Jamaica–Grand Cayman is noted for its pristine beaches, excellent scuba diving, numerous banking establishments and swank resorts. As such, it’s a popular vacation spot for Canadians, Europeans and Americans. It was mostly Americans and other Caribbeans who flocked to the first night’s show, a double bill of Grammy-nominated nylon string guitarist Earl Klugh and popular smooth-jazz flute and saxophone star Najee at the Westin Casuarina Hotel, located north of the capital of George Town along Seven Mile Beach.

After a sparkling jazz set by local seven-piece band In Transit, Klugh took the stage in the festively decorated ballroom with a five-piece band to perform one of his most beloved tunes, the Caribbean styled “Angelina.” One of the most imitated guitarists in smooth jazz, Klugh was in fine acoustic form as he breezed through “Mount Airy Road,” the breathless ballad “Every Moment With You” and “Last Song.” Klugh also showcased his band members’ skills, performing a version of “Smoke Gets in Your Eyes” from saxophonist Lenny Price’s album and “Moving” from bassist Al Turner’s solo set. Klugh charmed the audience with his self-deprecating manner and pristine guitar plucking, wrapping his set with his 1979 Bob James duet tune “Kari” and “Acoustic Lady.”

Where Klugh was all subtlety and charm, New York-born Najee was aggressively upbeat. Entering the room from the rear, the saxophonist played soprano licks one-on-one to audience members atop a head-bobbing groove. Once on stage, he picked up his flute, showing off his versatility on that instrument, then moved into the Alex Bugnon-penned “Gina” from his 1988 album Day By Day. The lovely piece allowed Najee to showcase intricate and sweet improvisational passages and his circular breathing technique on a sustained note. His showmanship was marred by the distracting vocal backing of his keyboardist, whose synthesized “G-G-G-Gina”s on every blessed chorus detracted from the whole. After the great samba-like “Najee’s Theme,” the band segued into spot-lit solos, with drummer Patrick Morris earning raves for rocking the drum kit while downing a bottle of water and chatting on his cell phone. This athletic display was followed by “Eye 2 Eye” from 2003’s Embrace. Known as a sophisticated player with a lush and sensuous sound, Najee seemed to rely instead on volume, muscle and gimmickry. The bombast was likely needed to get the saxophonist through the evening, as he confided that he had lost his mother a mere two days earlier. After dedicating an emotional “Noah’s Ark” to her, Najee wound down with two tracks from his current album, My Point of View: the up-tempo single “2nd 2 None” and the ballad “Falling in Love,” featuring sexy vocalist Lomon, who was nearly drowned out by the talented but overcompensating band.

Friday evening’s events continued at Treehouse, the site of a former seaside restaurant of the same name that was blown away during Hurricane Ivan, which damaged more than 80 percent of the buildings on Grand Cayman when it hit in September 2004. With a main stage erected along the Cinnamon Beach shore, as well as a smaller stage and food and crafts booths, the festival allowed attendees to set up their own seating to experience the music and gorgeous ocean vistas.

Caymanian R&B singer Kay Kay entertained with a mix of Sade covers and original tunes like “Through My Eyes” with a six-piece band featuring three sets of siblings. Poised and with a full-bodied voice, Kay Kay still needs a bit of refining for the international market. Veteran keyboardist and producer George Duke followed in high spirits, thanks to the setting and an earlier pina colada or two, performing a medley from his latest album Duke, including “Trust,” the Grammy-nominated “T-Jam” and Stevie Wonder’s “Superwoman.” He then polished up such vocal nuggets as “Feel”–the first tune he ever sang on–and “No Rhyme, No Reason,” which found the pianist literally tickling the ivories during a solo and suggestively caressing his stacked keyboards, to the audience’s delight. Longtime fans were primed for funk favorites “Reach for It” and “Dukey Stick,” two late ’70s jams that Duke made freshly funky.

Evening headliner Al Jarreau seemed similarly juiced by the sunset setting, promptly untying his constricting vest-styled shirt to get to the meat of a hit parade that began with “Mornin'” and stretched through “My Old Friend,” “Trouble in Paradise,” “Sad But So Distracted” and “After All”–tunes he’s sung any number of times and has only dallied with in recent live settings. He then dipped deep into the jazz well with a gorgeous version of “Midnight Sun” from his Accentuate the Positive album.

Throughout, Jarreau took his time and truly let his voice expand, explore and soar over the familiar material, giving the audience a broad and satisfying view of just why he is one of pop music’s most treasured icons.

Sunday’s festival wrap-up at the Treehouse began early in the day, with performances by local acts, most notably reggae vocalist Notch and the band Club Dred. Barbados native Arturo Tappin, a favorite of the Caribbean festival circuit showed off his considerable saxophone skills on a lengthy version of Ramsey Lewis’ “Sun Goddess,” which also gave solos to his trumpeter and guitarist. Tappin, who has previously served as musical director for Roberta Flack, showed polish and poise on the Major Harris ballad “Love Won’t Let Me Wait,” reggae artist Freddie McGregor’s “All In The Same Boat” and Jimmy Cliff’s “We All Are One” and Dennis Brown’s “Love Has Found Its Way.” After a fun and refreshing series of routines by the young performers of the Dance Team, New York saxophonist Ravi Coltrane–son of legend John but entirely his own player–injected the festival’s most traditional jazz sounds with a set of intellectual bebop and avant-garde pieces backed by a quartet of ace players. On the program was the adventurous “One Wheel Wheeler,” the ruminating “The 13th Floor,” and classic and thoughtful renderings of “The Nearness of You” and a lengthy “‘Round Midnight.”

The festival wrapped Sunday evening with the unusual choice of inspirational diva Yolanda Adams. Once a working model, the six-foot-plus beauty is usually turned out in sumptuous gowns or trendy designer outfits, but on the Cayman stage she donned jeans, flip-flops and a long-sleeved blouse. The Houston native’s upbeat attitude and jaw-dropping vocal ability rendered listeners nearly speechless with appreciative awe, erasing any notice of her casual garb. One of the most amazing vocal technicians in any genre, Adams ran the gamut from the gospel-hip-hop affirmation of “Yeah” to an a capella medley of “Amazing Grace” and “Never Alone” to the touching “Open My Heart” to a rousing, bebop-tinged “Continual Praise.” While her vocal ability is truly a God-given gift, Adams is not as blessed as a preacher, so the show’s momentum was dragged down whenever she chose to share the Good Word or explain song choices, which was too often. But Adams gained several new fans and confirmed others with her gorgeous instrument, closing out the show on a spirited and spiritual note.