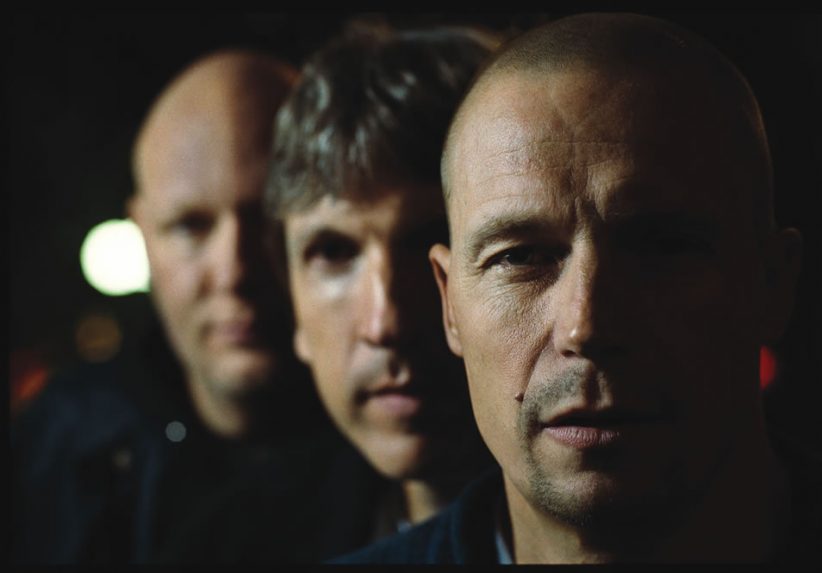 Since 9/11, visa paperwork and expenses have made it increasingly difficult for musicians outside of the U.S. to play American clubs and concerts. It’s a shame because jazz is now a world music that needs cross-cultural access and collaboration to stimulate growth and reinvention. Despite stiffening bureaucratic obstacles, Washingtonians had the rare opportunity to recently sample five very different Nordic groups at Blues Alley, four of them making their D.C. debut.

With little local press attention, the Finnish trio Hear Hear opened the series to a nearly full house. Though the sign out front referred to them as the Jukka Perko Trio, the group is really a cooperative, with equal contributions from soprano and alto saxophonist Perkko, vibraphonist Severi

and a catchy theme soon hummed by the woman sitting next to me. Perkko explained that in Finland they have no Broadway show tunes or blues, so folk songs and hymns are their “standards.” One of these hymns, “Guardian Angel”

tapping the instrument’s body for percussive effects. Though the trio records for Blue Note/EMI, the sound and aesthetic is more reminiscent of ECM.

About 30 people showed up the next night for Icelandic alto saxophonist Siggi Flossa (aka Sigurdur Flosason) and his quartet. With a tone as dry as a cat’s tongue, Flossa chose his notes carefully. His short phrases generally stayed within the bar-lines, a bit limp and usually behind the

beat. A thoughtful, controlled player, the saxophonist rarely cut loose, only occasionally breaking into the upper register for emphasis. The group, including Eythor Gunnarson, piano; Petur ?-stlund, drums and 17-year old Valdimar K. Sigurjonsson, bass, backed him playing a pleasant kind of pipe and slipper jazz. Not bad, if you go for that sort of thing. At one point during the tender ballad, “Stars,” a cell-phone rang out in the audience. That, unfortunately, was the only surprise of the evening.

In contrast, Danish pianist, composer Jacob Anderskov offered up edgy, evocative compositions, while his octet Anderskov Accident navigated odd meters (7, 21, 11), blurry textures and played wild, skittering solos over shifting harmonic colors. The opening “Has Anyone Got an Ear Opener” began with bubbling bass, mallets on drums, and restless wailing clarinet from Chris Speed, before segueing into spacey ’70s-style rock-jazz, fractured rhythms and a thumping tenor solo from Ned Ferm. The kaleidoscopic instrumental stories continued with “Russky,” introduced by an angular, strangely beautiful unaccompanied alto solo from Jesper Zeuthen. Like many of Anderskov’s pieces, this morphed into billowy clouds of sound with episodes of gliding, polytonal free jazz. Very dreamlike. Their arrangement of the traditional Danish song “Se Nu Stiger Solen” had the horns buzzing, the leader playing Cubist clusters, and the drummer beating his snare while staring trance-like at the ceiling. Trumpeter Cuong Vu’s solo on “Boxy Lady” was ferocious and otherworldly.

Norwegian tenor saxophonist Kjetil Møster has been drawing lots of attention for his mainstream work with the Trondheim Jazz Orchestra and cutting edge explorations with the Core, Trinity, MZN3, and the Zanussi Five. The 30-year-old horn man blew into DC fronting a quartet with pianist Erlend Skomsvoll, bassist Steinar Raknes and drummer Håkon Mjåset Johansen. Though they know and

play with each other in various combinations, this was more of a pick-up gig, with repertoire consisting of blues, standards, a couple of originals and a Coltrane tune. A new blues written for the occasion, “The Blues Alley” made creative use of space and an insinuating Slinky-toy tempo. Skomsvoll explored the piano’s lower register, and the dynamics and tension slowly built until Møster swooped in sounding like Sonny Rollins at his most adventurous, demonstrating great facility, fluid ideas, and a big, muscular

this piece, at one point laying down a street tango then kicking everyone’s butt trading eights. They concluded with an invigorating and deeply felt “Lonnie’s Lament.”

The final night of the series belonged to the Swedish pop-jazz trio E.S.T. Promotion, publicity and previous trips to D.C. helped to pack the club and pianist Esbjorn Svensson, bassist Dan Berglund and drummer Magnus Ostrom

played what they’re known for: vamps and ostinatos with funk-lite or Latin beats cushioning melodic piano solos. For the most part it was easy listening and often hard to resist, though they also showed a penchant for rocking out on a single chord like a suburban jam band. Best moments came during their lyrical ballad “The Second Page,” which Svensson explained “was written with Bob Dylan in mind.” The underwater sonic effects on the trio’s last tune were subtle, if a bit gimmicky. But in the end, it didn’t matter

what they played. This was E.S.T.’s core audience and they came ready to love.