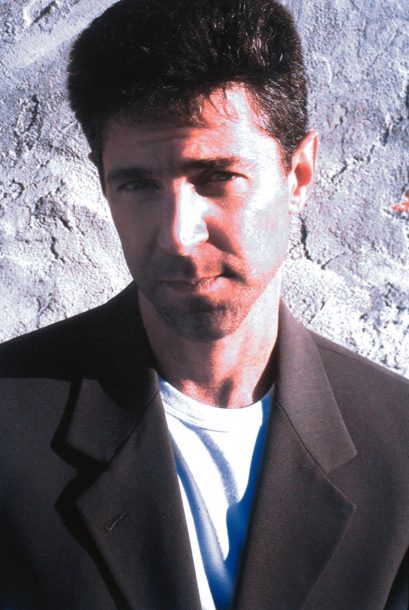 After eight albums on GRP, Nelson Rangell has switched to an independent label,Shanachie, kicking off his new association with a strong 12-tune session, Always. Displaying a confident, expressive style, Rangell delivers 12 engaging tunes rich with unpredictable twists and turns, especially in his solos.

“I feel very enthusiastic about being on Shanachie,” says Rangell. “It’s nice to be in a place where there’s a kind of vigor and enthusiasm. They put a lot of energy into this CD and it shows.”

A classically trained musician who graduated from the New England Conservatory of Music in 1983, Rangell’s been inspired by “many, many musicians,” including David Sanborn, Hubert Laws, James Galway, Pat Metheny, Michael Brecker, Cannonball Adderley, and classicalcomposers Copland and Prokofiev.

On Always, Rangell showcases different aspects of his musical personality through thematic variety and his mastery performing on soprano, alto, and tenor saxophones and flute and piccolo. “I’ve never been an elitist in any way,” he says. “I’ve always put accessibility and the listeners’ enjoyment as a priority, but I’m doing music that also has some very real substance to it. ”

He leads an array of guests (including guitarist Chuck Loeb), various percussionists, and other instrumentalists in settings from trio to septet. “I was very lucky to work and write tunes with [keyboardist] Dave Mann, whose musicianship I greatly appreciate. The two of us worked together, one idea spawning another. No two tunes are written in like manner. Sometimes a melody comes first, sometimes a piano riff happens. When it ends up having a beginning, middle, and an end, it’s a song.”

This summer, Rangell will be touring the U.S. and Europe, particularly London, where he often plays more straight-ahead jazz. Is there a straightahead album in his future? “I’d love to do a straight-ahead flute record,” says Rangell. “There’s always more to be said. I just hope to have great luck and the gift of a career that has longevity so I can keep doing it. “