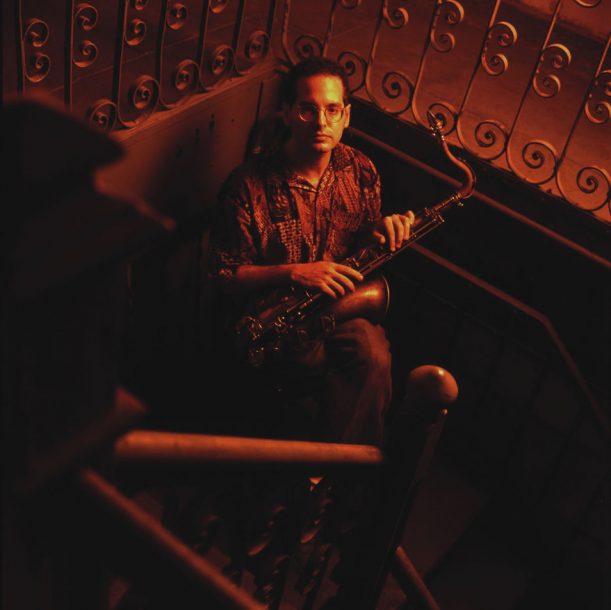 It’s a reality that every otter has to eventually cut the umbilical cord. Such a moment has arrived for tenor saxophonist Ned Otter with the release of his debut album, So Little Time, on his own label, Two and Four, featuring his mentor, George Coleman, on alto and tenor, along with trumpeter Tom Kirkpatrick, pianist Harold Mabern, bassist Daniel Vitale and one of Billy Higgins’ final sessions on drums.

Otter, both as an arranger and player, has found his own sea legs, but he would sooner voice an umbilical chord than cut one with the brilliant tenorist who has been his inspiration for a quarter of a century. “I’m on my own now, and my next project for Two and Four is an octet session: trumpet, two tenors, bari and rhythm. I remember calling George and asking, ‘How do I arrange for the octet?’ and he said, ‘Go to the piano, find the sound.’ Those three words, ‘find the sound,’ is a whole universe, an infinity of openness. Well, man, I tell you for the next six weeks I did not move from the piano except to eat and go to the bathroom!”

Otter talks as restlessly as he explores the tenor. The conversation, via phone from his Greenwich Village digs, alternated between future and flashback. “As the librarian for the George Coleman Octet, I got to study all the charts he’s recorded, those contributed by himself, Harold, Frank Strozier and particularly Bill Lee-the father of director Spike Lee. Bill is one of the all-time great arrangers. I began studying with him a couple of years ago and learned so much that when I played recently with George’s octet, they told me they could hear the Bill Lee influence. That was a high compliment.”

It was a high compliment 25 years ago when Coleman introduced a nervous 17-year-old Otter at an East Village club. “One of the hallmarks of George’s style is a level of sophistication, finding various ways of getting from point A to point B. Plays a lot of notes. I don’t, and wouldn’t, in his presence. I have my own identity, but it positively evolves from the Coleman tree.”