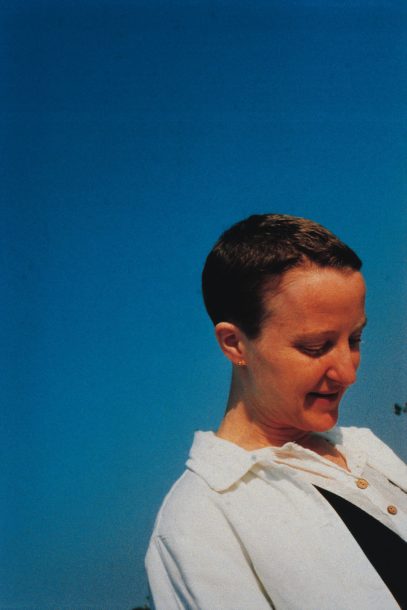 The great small groups in jazz history share two criteria: one is that their line-ups include not just distinctive leaders-in-their-own-rights soloists, but complementary stylists who, in the aggregate, represent a sizable swath of the contemporary jazz spectrum; and they include at least one composer who, while writing from a well-articulated personal aesthetic, taps the respective strengths of his/her cohorts, and clarifies the relationship between the various musics that give their rapidly changing times an unique vitality.

Art Blakey’s 1960 edition of the Jazz Messengers with Lee Morgan, Wayne Shorter, and Bobby Timmons exemplifies how an ensemble of well-matched soloists performing an original repertoire encapsulating earthy folk materials, well-designed modernist compositions, and a knowing glance to the future, reaches such rare heights. The ’90s have spawned precious few ensembles that even approach such rigorous standards. Yet, with only its second recording just hitting the streets, pianist Myra Melford’s The Same River, Twice is already in the ballpark.

The reason is simple: through this stellar quintet with trumpeter Dave Douglas, clarinetist/tenor saxophonist Chris Speed, cellist Erik Friedlander, and drummer Michael Sarin, Melford is fast becoming an important American composer. Her credentials as a pianist have been well established since her ’90 debut, Jump (Enemy): she unleashes monster chops drawn from idioms as diverse as barrelhouse and salsa; she pushes and pulls the line between inside and outside, evoking comparisons with Jaki Byard and Don Pullen; and she compresses materials in exhilarating accelerations of tempo and bursts of intensity, the common ground of Fats Waller and Cecil Taylor. Yet, it was The Same River, Twice’s ’96 eponymous Gramavision disc that the trio-honed, catalytic capacity of her elegantly knotted thematic materials and wild card-like structural features was fully realized with a larger group.

On Above Blue (Arabesque), two trend lines merge, and spike upwards as a result. One represents the maturation of her cohorts: while Douglas is one of the most heralded musicians of recent years, his contribution is matched by those of Speed, a leading exponent of the Balkan music boomlet; Friedlander, who is surely making the transition from sideman to leader; and Sarin, who has built up an impressive resume with such decade-defining bands as Thomas Chapin’s Trio. The other line charts the increasing natural flow and communicative immediacy with which Melford animates weighty compositional propositions. Throughout this wide-ranging program, Melford goes a step beyond a seamless mastery of the recombinant Downtown aesthetic of the ’80s and ’90s to achieve a rare paradox: by writing so precisely to the strengths of her collaborators, she has created highly personal work.

“The way I’ve been writing for the past few years, and particularly for this group, has been by really hearing the player,” Melford recently related. “I think about their sound, how I can feature them, and what they can add in terms of improvisation or ad-libbing certain areas of their parts. Just about every piece on the new album had those types of considerations; in fact, I now program CDs and live sets in terms of when and how I want to feature different people, and I consider how those choices will flow over a number of pieces.”

In constructing a program that balances such jazz fundamentals as exultant swing and bluesy lyricism with such post-serial compositional strategies as creating flexible accompaniment procedures, each matching of musician and material entails several issues for Melford. Speed’s respective attributes as a clarinetist and a tenor player provide a case in point. “I knew I wanted to feature Chris’ tenor playing in a fairly straightahead context, with cello and drums acting as a rhythm section. ‘Two but Live’ was already a piece that I knew I would feature the piano in the same way, and that it was a good piece to start the album with, because it was short and to the point. So, by adding Chris’ solo, there was a new element to the piece that supported the piece’s function in the program.”

These deliberative processes carry over to ensemble passages, as well. “On ‘Still in After’s Shadow,’ I gave the cello and the piano the harmonic material to accompany the melody in terms of notes, but not with in terms of duration or register. Then I gave the trumpet and clarinet a melody that Dave and Chris can roughly play in unison, although it has room for them to phrase slightly differently at times. There are places where the melody will cue Erik and [me] to go to the next set of pitches, or we’ll push them forward in different places. So, the piece is roughly this melody played three times, each with a different harmonic context. Even though there is little room for improvisation beyond occasional embellishments of the parts, there are a lot of places where anyone can change the shape of the piece. So, having a good sense of how Dave and Chris will react to each other, how Erik and I will respond to each other, and how the two pairs will interact, is essential to writing a piece that will work.”

Recently, Melford has increasingly confronted the delicious irony that, regardless of how she has tailored compositions to the specific assets of her The Same River, Twice cohorts, they have found their way into the repertoires of Equal Interest (a collaboration with AACM icons Joseph Jarman and Leroy Jenkins), Crush (her trio with electric bassist Stomu Takeishi and drummer Kenny Wollesen), and her duo with wind player Marty Ehrlich. “Even though the music is the same, the players’ personalities and approach to their instruments bring the music to life in a different way,” Melford explained. “I really enjoy creating music that has the flexibility to have different lives. I learn a lot about the possibilities within a given piece and get ideas for new work. Sometimes the awkwardness of a line played by another instrument or by a musician that it was not originally written for can spark a fresh and unanticipated vitality or reveal a different aspect of the music. And in the case of the smaller groups, I get to improvise in a context originally conceived for a different instrument, and that’s a great challenge for me. The way a musician develops the written material through improvisation can create a whole different world within a piece-in a sense it’s like the structure of a building with mutable interior space.”

With both Equal Interest and Crush, Melford initially contributed older compositions, using them to find intersections between her established methods and her two vividly contrasting sets of collaborators. In Crush, Melford at least had the benefit of having an antecedent in her trio with bassist Lindsey Horner and drummer Reggie Nicholson, which recorded three albums (Jump, the ’92 Enemy date, Now and Now, and the live ’93 hat ART disc, Alive in the House of Saints).

“With Crush, I wanted to move a little farther away from the standard piano trio, even farther than I did with Lindsey and Reggie,” Melford elucidated. “I wanted the whole band to go out with me and still have a sense of where we were in the composition. That’s what I’ve got with Kenny and Stomu, a new level of freedom and communication in a trio. It was not a matter of choosing to use an electric instrument, but a choice to play with Stomu. I really like his sensibility; it’s very different from any bass player I’ve listened to or played with, acoustic or electric. Even in talking to him before we started playing together, I found that we had a very similar approach to improvising, and when I would talk about how I was developing my compositions, and walk this line between what’s composed and what’s improvised, I found he had a very similar aesthetic. He has a very open rhythmic feel and, because there’s only three players, he is able to give the rhythms space, and we’re able to travel a lot further away from the compositional material; it’s still organic, and we’re still able to arrive back at the composition in a fluid way.”

Equal Interest is a particular challenge for Melford. Jenkins, especially, looms large in Melford’s development, as his mid-’80s improvisation workshop played a pivotal role in shaping Melford’s sensibility upon her arrival in New York. Her previous recordings with Jenkins and Jarman-the violinist’s ’94 Themes & Improvisations on the Blues (CRI) and the ’97 Jarman-Jenkins disc, Out of the Mist (Ocean)-find her in limited supporting roles.

She has, in essence, crossed a major river to be their partner in a co-op setting. “It’s challenging and rewarding to write for Equal Interest, and to have Joseph and Leroy play my compositions,” Melford relayed. “They both have such strong improvisational skills and are such soulful players. They bring 30 to 40 years of deep experience to the music. There are areas that we get into that are quite meditative, and it has been both challenging and rewarding to find a way to explore a more calm and spacious kind of music through free improvisation, which in the past has been identified with a very dense, energetic music. Because Joseph and Leroy have so many years of experience, the more quiet areas we get into have something vital about it. It’s not personality-free new age music. It’s taught me a lot about being patient and relaxed when I play.”

“I tend to prefer Steinway or Mason & Hamlin, a piano with beautiful harmonic overtones and an action that’s responsive to subtle nuances of touch. Recently, I’ve begun to learn how to play the harmonium-my newest piece of equipment is a Dwarkin Flute Harmonium made in Calcutta.”