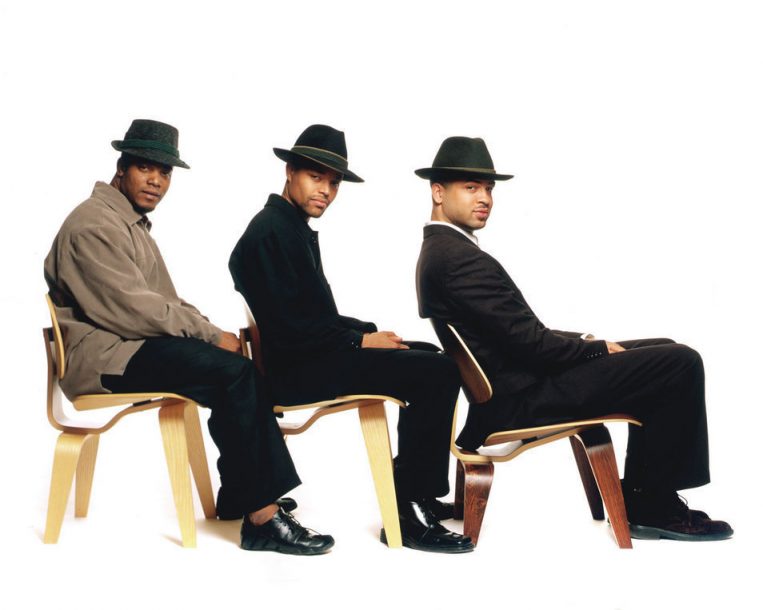 “We want to get you addicted to music you can’t predict,” pianist Jason Moran told the audience at the Kennedy Center Jazz Club. Brave words for most performers, but Moran, bassist Taurus Mateen and drummer Nasheet Waits, collectively known as the Bandwagon, dealt out a sample that evening that could get anybody hooked.

The trio is touring in support of its new, eponymous album for Blue Note, which was recorded live (with terrible sound) at the Village Vanguard, and their Kennedy Center performance emphasized material from that disc and from Moran’s last solo outing, Modernistic. But many of Wednesday’s performances took more risks than those on the albums, with musical styles swerving even more sharply and with hotter-boiling climaxes. Moran’s interpretation of Johannes Brahms’ Intermezzo, Op. 118 No. 2, for example, took the central groove Moran finds in that work farther afield, with an eloquent solo from Mateen over Moran’s repeated eight-note motive; after this, the players abruptly shifted to an Ellington romp. Similarly, “Ringing My Phone,” a treat from the trio album on which the players musically shadow a recording of a woman speaking Turkish into a cell phone, began with Moran plunking out the melody of her voice as on the album; however, this evening Moran seized on one interesting fragment along the way, and the trio became positively frenzied at the discovery, abandoning the Turkish speech entirely.

Apart from the album experiments, the trio played jazz pieces, albeit mostly nonfamous ones such as Henry Threadgill’s “Too Much Sugar” and Jaki Byard’s “Out Front”; the Bandwagon rolled through these with style and flair, as Moran took care to state the entire melody once before the trio picked up some bridge or rhythmic snap and dug into that. Moran also showcased his flair for dramatic pianism in these works, with Lizstian cascades of huge chords up and down the keyboard.

But the most haunting performance was also the most unexpected: Moran’s solo rendition of Robert Schumann’s “Auf einer Burg,” certainly not note-imitative but retaining the elevated, sublime tone of the original, under a tape of what sounded like an oral history of the families of Moran, Mateen and Waits. It was both jarring and perfectly appropriate at once: the combination of the divergent materials short-circuited the head to reach directly to the heart. Of course, the Bandwagoneers would like your veins too, and it appears they’ve got one of the most potent supplies of unpredictable music around.