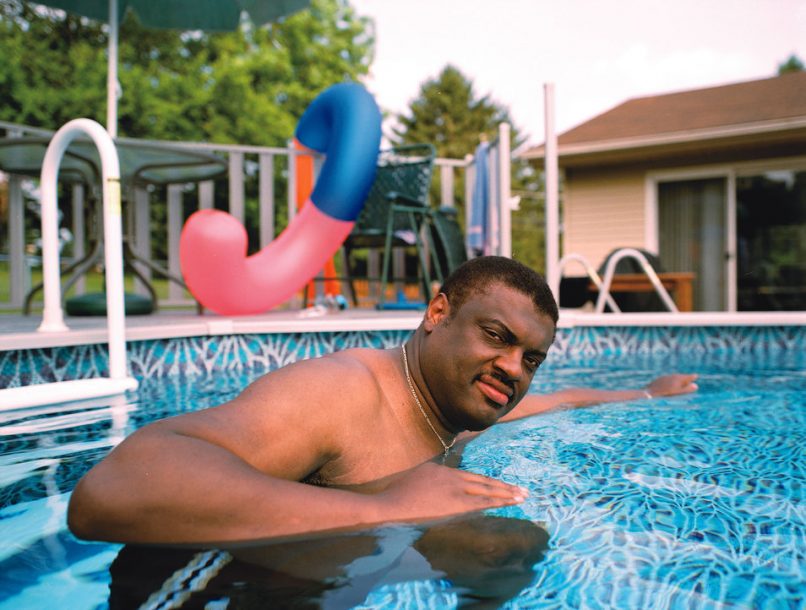 Photographer Jimmy Katz is trying to figure out where to shoot Mulgrew Miller in his Palmer Township, Penn., home. “Go show him how you skim the pool,” teases Tanya Miller, the pianist’s wife of 20 years.

Miller does more than just clean his one-year-old pool for Katz; the 6-foot, 2-inch keyboardist hops in (with some prompting). That willingness to dive in has been a hallmark of the pianist’s 25-year career as a leader and, primarily, a first-call sideman. Miller has played with Mercer Ellington, Betty Carter, Woody Shaw, Art Blakey’s Jazz Messengers, Johnny Griffin, Kenny Garrett, Tony Williams, Trio Transition (his cooperative with bassist Reggie Workman and drummer Freddie Waits), New York Jazz Giants, Wallace Roney and numerous other top musicians. For many years it seemed like you couldn’t turn around without seeing Miller’s name on a CD-his discography numbers into the hundreds-or as part of a touring group. “I’ve intentionally cut back on the sideman work,” he says. “Most of the jobs I do nowadays are kind of all-star jobs or playing gigs as a leader, which means I make more money.”

Miller and his family, which includes son Darnell, 24, and daughter Leilani, 14, moved to Palmer Township in 1989, the year their three-bedroom house was built. The part country, part suburban town of 25,000 in northwest Pennsylvania, between Bethlehem and Allentown, is only 80 minutes from Manhattan. “We wanted to get away from the business and mad rush of the City, and find a little bit more relaxed and affordable atmosphere,” he says.

Plus, you can’t have a pool in Manhattan, especially one with that twisty, floaty thingy you see in the photo.

“It’s one of those big blowup deals,” Miller says. “It’s a big, curly thing, like a snake almost. You just blow it up and wrap it around yourself and just float out there for endless hours.”

For the first summer in a long time Miller has hours and hours to spend in his pool. “I’ve been at home a little bit more this summer than I have been previous summers. It’s nice to be at home-actually, at any time. I find that a precious thing to be at home.” Though he appreciates hometime, he admits that it wasn’t necessarily by choice that he stayed near his pool this past summer. “Not necessarily, no,” he laughs. “It just kind of worked out that way. I’m usually [touring] Europe in July, but I didn’t get there this year, but I’m going in August.”

In Europe Miller usually tours with bassist Niels-Henning Ørsted Pedersen and drummer Alvin Queen, and in the U.S. his trio consists of drummer Karriem Riggins and bassist Derrick Hodge. When Miller is out on the road he takes along his Apple Mac G4 laptop to keep in touch with friends and family via e-mail. He has a Windows desktop at home, but “that computer’s 5 years old now, so it’s a dinosaur,” Miller laughs. “The G4 is happening. Apple is traditionally more adaptable to music programs and all of those kinds of creative things, and I think that’s why a lot of musicians have them.”

While Miller doesn’t currently use his laptop for composition or music, he says he would like to learn how to once he finds the time. He’ll have to get out of the pool first.

Books? “I’m not much of a fiction reader, but I’m interested in historical figures, like Paul Robeson, and spiritual figures, like Gandhi. The book that made the biggest impact on me is The Autobiography of a Yogi, written by Paramahansa Yogananda,” says dedicated meditator Miller.

Audiophile? “A low-level audiophile. I just bought, last year, a Rega turntable. It’s a very, very nice turntable. I use a set of small JBL speakers, and I have a Denon receiver.”

Collect anything? “Junk mail,” he laughs.

Food? “I’m a fish-eating vegetarian. I have a passion for Indian food in particular. I like the curried vegetables. I can cook a little bit, but I’m not a chef by any means. I also like Italian food very much. You can’t find a bad meal in Italy.”

Car? “I have a Toyota Camry that gets me to and from the City, and I have a Mercedes-Benz that I drive only when I need to.”