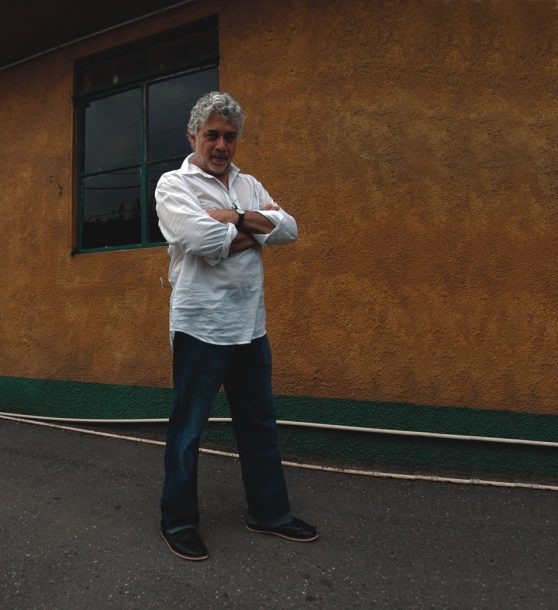 Seven years after Monty Alexander made the hit CD Stir It Up: The Music of Bob Marley (Telarc), the Jamaican-American pianist returned to the Soul Rebel for Concrete Jungle (Telarc). “I could go back to Bob a thousand times,” Alexander says of the reggae legend who would have turned 61 this year. “The first one did so well, but if we were going to do another, I didn’t want to do it in New York–which is a great place to do a record–but instead go to the place where I come from, my home town.” That’s Kingston, where Alexander got his start as a 15-year-old dropping in on recording sessions in the old Federal Studios, which Marley bought shortly before his death and renamed Tuff Gong Studios.

“I assembled a bunch of musicians who play the songs with almost a kind of reverence not just for the songs but also for what Bob Marley was talking about,” Alexander says. “He was like Martin Luther King and Nelson Mandela. So when we play the music we have a strong sense of the value about what was going on. That happened on the first record; even more so the second time.”

In addition to regular Alexander collaborators Hassan Shakur (bass) and Junior Jazz (guitar), Concrete Jungle adds the likes of drummer Herlin Riley (“One of the kings of jazz drumming”) and trombonist Delfeayo Marsalis: “He’s a man about Jamaican music in addition to the great jazz tradition,” Alexander says. “He loves [fabled but troubled Skatalites trombonist] Don Drummond. Other than Steve Turre, I haven’t heard anyone who has come close to [channeling] the power and strength of Don Drummond. He wants to write a book on this man.” Plus there’s a large Jamaican contingent on the CD, including saxophonist Dean Fraser, roots-reggae vocalist Luciano and the album’s co-musical director Glenroy Browne on bass.

Concrete Jungle includes laid-back, lightly jazzed-up versions of the title track, “Chant Down Babylon,” “War,” “Crazy Baldheads,” “Africa Unite,” “Forever Lovin’ Jah,” “Babylon System,” “Trench Town” and “Simmer Down,” but there are two tunes that stand out: “No More Trouble,” which references the spiritual “Sometimes I Feel Like a Motherless Child” and features Marsalis’ deep, soulful trombone; and a wonderfully rustic version of “Three Little Birds,” which showcases the Rod Dennis Mento Band, a trio who play Jamaica’s distinctive style of Caribbean folk music. Alexander has long wanted to do a documentary on mento, a music he’s loved since he was a child. “This is the music that [drummer] Sly Dunbar comes from; this is the music that Bob Marley comes from,” the pianist says. “When you hear the rhythms, and the attitude, and the phrasing–it comes from the mento. It’s a fast-fading tradition because the older people are dying off. We need a Wynton Marsalis-type guy to go in and [advocate] for this music.”

While Alexander hopes Concrete Jungle can match the success of Stir It Up, the 61-year-old pianist is concentrating on resurrecting another popular project: He’s reforming his trio with bassist John Clayton and drummer Jeff Hamilton for major festival appearances this summer. It’s been 30 years since the three cut the Montreux Alexander: Live! (MPS) album, and the pianist can’t wait to take the stage with his old bandmates: “These guys, I got them when they came out of school,” Alexander says of the hard-swinging, straightahead rhythm section. “It had nuttin’ to do with Jamaica.”