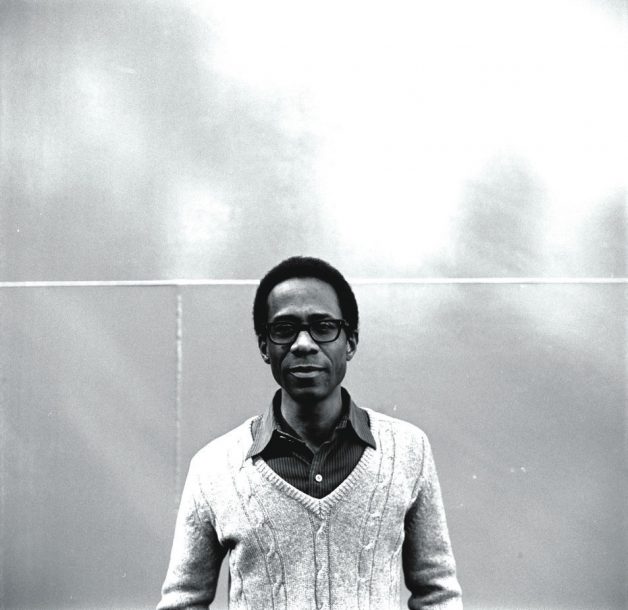 Coming off the radiant glow and hoopla of a major milestone year could be a natural comedown for a jazz festival, especially when the milestone was the Monterey Jazz Festival’s 50th anniversary celebration. Confronted with the impressive fact that Monterey boasts the “oldest continuous jazz festival in the world,” one had to implicitly bow down to the imprimatur of the cultural moment. For that weekend last September, the Monterey County Fairgrounds felt like some sort of hallowed ground for jazz culture.

But the fact is that last year’s much-adoed half-centennial edition, despite the sold-out house and the extra glare of media attention (even from outside jazz’s insider realm), wasn’t so musically superior as it was a properly timed nostalgia bath. In some ways, the recent 51st-annual festival, just like the 49th and others in recent years, have maintained the sense of intelligence, party timing, aesthetic balance and guarded adventurism that makes this one of the great jazz fests in the world, let alone in the U.S.

If this year’s program was less consciously history-minded than last year’s 50th whizbang, historical resonances are always lurking here in Monterey, in some form or another. Kicking things off on Friday night, for instance, was Joshua Redman, sounding ripe and ready to go in his potent current trio format, this time with great allies Brian Blade and Matt Penman on drums and bass, respectively. Redman has brought most all of his various groups to this festival, where he first played as a precocious high school student in the Berkeley High School Jazz Band. Fittingly, on the Sunday afternoon student big-band show, the all-star Monterey Next Generation Big Band played a chart on Redman’s “Jazz Crimes.”

This year, the clear big-band sensation was the long-awaited return of the Maria Schneider Orchestra, last here in 1995. For this occasion, Schneider, still about the finest, smartest and most lyrical of contemporary big band musician/thinkers in America, was the recipient of the annual festival commission piece. She came up with “Willow Lake,” a sweet and searching piece based on a farm in her hometown of Windom, Minn., with heartland echoes woven into a score in which trombone and soprano sax were the twin upfront protagonists. On a local-ish note, the crowd went the extra mile when tenor saxist Donny McCaslin launched into a fluent solo, not only because his star is rising on the jazz scene, but because he hails from Santa Cruz, Calif., a half-hour drive up the coast from the gig.

In poring over the thick map of memories and notes from the weekend and its multiple stages, one prominent impression this year came from the music of inspired drummer-leaders. In one of the clear festival highlights, Brian Blade brought his atmospheric, gospel-tinged and open-feeling group Fellowship to the outdoor Garden Stage on early Sunday evening, as the sun was setting and a full crowd basked reverently in the music. Blade’s use of two saxophonists up front, as it happens, is also the favored format in drummer Antonio Sanchez’s band Migration (poetic powerhouses Miguel Zenón and David Sanchez). Sanchez’s group, a chordless quartet also with bassist Scott Colley, is one of the most intriguing new sounds in jazz, melodic and exploratory by turns, and their sound lit up Dizzy’s Den with fiery intelligence and thoughtful music-making.

Guitar had a minimal but memorable role in the programming this year. As part of the usual Saturday afternoon blues show on the main arena stage, the remarkable slide guitarist Derek Trucks made his Monterey Festival debut with his band, and handily demonstrated why he is one of the finest and most musical guitar players on the planet at the moment. Looking beatific and detached, but playing with considerable depth and soul, Trucks mixed up his usual range of unusual influences. We hear echoes of his “other” band, the Allman Brothers, jazz jams, quirky blues turns, and elements of the Indo-Pakistani sound of qawwali and Hindustani music of U. Srinivas and V.M. Bhatt, all made to sound musically fluid and inevitable.

Bill Frisell made a sort of unofficial encore performance in the rare guitar-drum duet context at the Night Club/Bill Berry Stage. Several years ago on this stage, Frisell and his longtime comrade Paul Motian summoned up a dazzling world of music in one hour, with two musicians (that was before Motian retired from the road and became an NYC homebody). This year, Frisell teamed up with intrinsically flexible drummer Matt Wilson. Though looking like nerdy, bespectacled model-train enthusiasts, quick to grin and handy with gadgets, the pair created a beautiful, iconoclastic and witty whirlwind of music. They turned the stuff of a dreamworldly “You Are My Sunshine,” a soulful “A Change Is Gonna Come,” and a poignant “Where Have All the Flowers Gone?” into musical magic, rooted in jazz, but also moving beyond genre borders.

On different stages this weekend, Wilson got a chance to show his time-proven versatility. He played with his own admirably malleable band Arts and Crafts on the Garden Stage one day. In the Coffee House Gallery the next night, Wilson appeared in much freer mode as the drummer in a fascinating trio led by pianist Myra Melford and also with bassist Mark Dresser. The expansive and color-minded Melford, now based in nearby Berkeley, teaching at the University of California, may have been the festival’s concession to avant-garde energies-an area that director Tim Jackson has insisted on representing in some way each year-but she was an inspired choice.

Also on the main stage, energetic Brit Jamie Cullum put in a bouncy and charming set on Sunday afternoon, winning new friends and nursing the ongoing impression that he’s a wunderkind (actually getting older-29 now) with the ability to leap (key word, leap) from jazz to pop, instrumental to vocals and back, and possibly help bridge the genre gap. Kurt Elling led an intriguing, but also somewhat dubious conceptual project, recreating the classic John Coltrane/Johnny Hartman album, with Elling playing the role of Hartman and Ernie Watts as the surrogate Trane. Nice try.

Even the veterans onhand in this year’s roster provided lessons about the fluidity of approaches in jazz. Capping off this year’s dense musical weekend on Sunday night’s main arena program were old allies Wayne Shorter and Herbie Hancock. Naturally, their paths have crossed many times over the decades, starting with the immortal mid-’60s Miles quintet (which was paid tribute to on this stage in the early ’90s, when Tony Williams was alive, with Wallace Roney in Miles’ chair).

This season, Shorter still has his exploratory hat on tight in leading his highly improvisation-fueled quartet. Shorter’s set, strangely or not, was fundamentally more “outside” than last year’s appearance by Ornette Coleman on this stage. In this group, fortified by John Patitucci’s innate musicality and Danilo Perez’s pianism (though sometimes too dense, too much), Shorter clearly has the strongest rapport with Blade, a true poet on his instrument.

Whereas Shorter has been known to lay out to the point of vaporous-ness in his own band (as he used to in certain periods of Weather Report’s history), he’s playing strong these days, that is, in those cryptic and concentrated bursts his muse instructs him to do so. His band’s hour-long set morphed from a long free section, circling in on a loosely structured suite and beguiling Shorter-esque riff and melodic fragments that left us wanting more.

Meanwhile, Hancock-though known to take surprising and challenging turns-is in one of the more crowd-pleasing phases of his career. Hancock is taking it easy and leaning into the funk and pop winds on his current world tour, following the general public spotlight of his Album of the Year Grammy win for his Joni Mitchell tribute project River: The Joni Letters. Hancock strapped on his mobile keyboard to swap riffs with ace guitarist Lionel Loueke and bassist Nathan East, the powerful vocalist Amy Keys swerved nimbly between folk and soul terrain on Mitchell’s mesmerizing “River” and Leon Russell’s “Song for You.”

Some hoped that Shorter might come out late in the Hancock set for a cameo, given that the saxist is perhaps the star “singer” on River, blowing a mighty and mysterious storm on that album. But, alas, no. For the moment, Shorter and Hancock are artists headed in opposite directions.

Tapping into the multiplicity of directions in jazz in a given year, while tending the expanding historical legacy on this very property, are two of the prime motivations and mandates Jackson has in Monterey. So far, so continuously good, in year 51 as before.