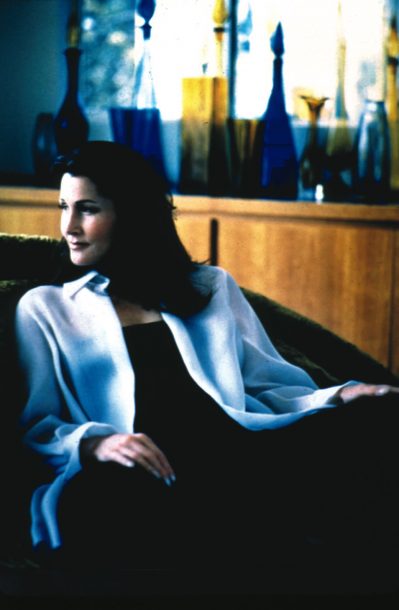 Her famous last name can open lots of doors for her, as can her many friends in the entertainment business. But Monica Mancini doesn’t need connections; her voice and delivery have proven to be all she needs.

Mancini has been on the scene for years as a studio singer in Los Angeles, following in her mom’s footsteps, who also worked with Mel Torme and Tex Beneke. “Every singer has thoughts about becoming the next Barbra Streisand, and I often had those thoughts myself,” she says. “But I wasn’t sure where my market was or what I could do differently.” But when her father, composer Henry Mancini, died, she had the opportunity to perform symphony dates, doing Mancini tributes. “That’s what gave me the idea to sing his music in the first place and what led to this recording.”

Her first release, Monica Mancini, is on the new PBS label, an offshoot of Warner Bros., which also provides its artists with the bonus of a television special. Arranged by Pat Williams and produced by husband Gregg Field, a drummer who’s worked for Basie, Sinatra, and Torme, Ms. Mancini’s debut recording is sailing high on the charts with tunes that she makes her own.

Cats such as Bill Watrous and Hubert Laws are among the musicians backing Mancini on the recording. She’s also featured in a duet with Johnny Mathis, performing a smooth version of “Dreamsville,” from the old Peter Gunn television series that did much to expose Americans to cool jazz.

“This was my shot to do my dad’s music, and I didn’t want to take it lightly,” she says. “I really don’t know what my next recording will be for PBS, but we’ll be working on it soon. I see myself doing a lot of performing in the future, and those symphony dates with huge orchestras have kind of spoiled me. I see myself doing more of the same.”