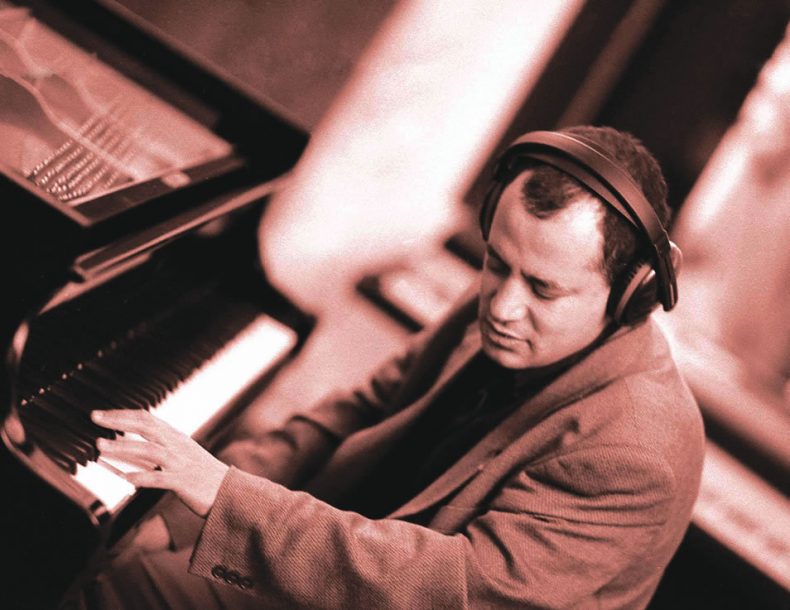 Though he already has nine acclaimed European releases, Moncef Genoud’s auspicious Stateside debut, Aqua (Savoy), is a fine introduction to the gifted Swiss pianist. Recorded in New York City in April 2004, Genoud’s 10th offering features the stellar rhythm tandem of bassist Scott Colley and drummer Bill Stewart on seven originals and three covers that showcase Genoud’s penchant for gentle lyricism, cascading legato lines and harmonic exploration, all of which strongly suggest the influence of Keith Jarrett. “He is definitely an important role model,” Genoud says. “And there are other influences too, which other people have already noted-Chick Corea, Herbie Hancock, maybe Bill Evans. It’s all coming through.”

That Jarrettesque quality is evident on the pianist’s rhapsodic reading of “Moncef’s Mood,” while the trio’s high degree of interplay on the darkly lyrical opener, “Out of the Blue,” and a swinging, waltz-time interpretation of John Coltrane’s “Moment’s Notice” conjure up comparisons to the classic Bill Evans trio. “When I played with them it just clicked,” says Genoud of his New York rhythm section. “On both the musical and person level, there was no question. We just sat down and-boom! It happened immediately.”

Genoud previously recorded with Stewart four years ago on a session that included bassist Larry Grenadier. “Since then I kept in touch with Bill and ended up hiring him for this record,” says the 45-year-old native of Tunis who was raised in Geneva. “When I found out that Larry was not available for the session, Bill suggested I call Scott. Luckily, he was available and ready to do it. And from the very first tune we played together I thought, ‘We are gonna have a ball for the two days of recording.’ And it just continued to open up from there.”

Genoud was born blind and at age 2 was taken to Switzerland for treatment. Four years later he started learning piano, after being adopted by a Swiss family. He developed rapidly under the tutelage of Achille Scoggi. “He was a blind guy too and he was really sensitive to good harmonies and he taught this to me perfectly,” says Genoud. “At age 11 he was teaching me some really deep things about harmony. And he was really severe with me. But he is why I create nice chords and nice voicings in my music now.”

A good example of Genoud’s harmonic daring can be heard on his inventive, off-kilter rendition of “Summertime,” which is composed of a bar of four followed by a bar of five. As he explains, “I was sitting at my piano one day and came up with this bass line. No melodic line was coming so I finally decided to put a standard on top of that bass line. And then when it came time to record it, Bill and Scott understood immediately the color I wanted to create on this.”

Meanwhile, the pianist recently completed work on a documentary film called Return to Goree which follows Genoud, drummer Idris Muhammad, bassist James Cammack and African pop star Youssou N’Dour on a musical journey from Senegal to the United States. The film is scheduled for a theatrical release in September.