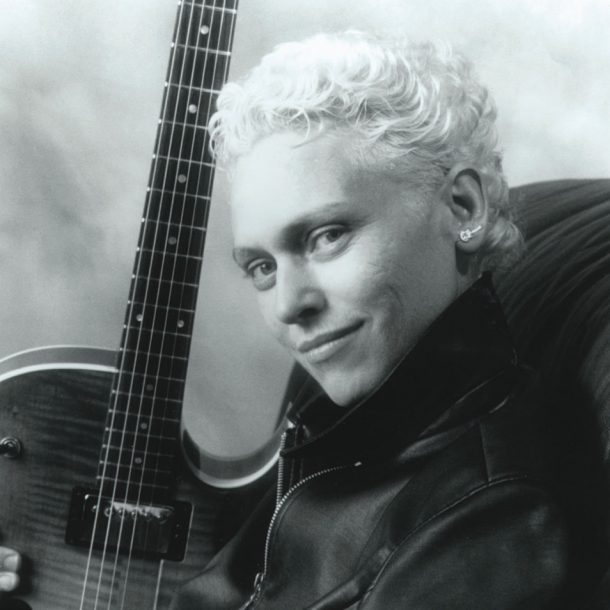 Much as it would be nice to avoid the issue entirely, and just deal with the musical matter at hand, the fact is this: jazz guitarist Mimi Fox is a woman. And she’s infiltrating deeply into a specific, male-dominated niche in the jazz realm-already a man’s world.

“In my 20s,” Fox remembers, none-too-fondly, “I’d go to a jam session with my guitar strapped to my back. The leader would say ‘what do you want to sing, sweetie?’ And I’d say ‘what does this look like, a golf bag?’ Of course, I would return that type of attitude with hostility, and it was just a lose-lose situation.”

Sexism, she asserts, is “not something I can single-handedly take on. I’m an artist, not a missionary. Maybe I’ve been in California too long: I kind of have an ‘I’m OK, they’re not ok’ attitude. I’m just going out there trying to play music and have a good time, and be a good person along the way.”

That out of the way, Fox is a name worthnoting, gender-regardless.With her latestalbum, Kicks-hersecond for the Bay Area-basedMonarchlabel-Fox ups the ante, displaying a well-grounded diversity and taste in her playing, and is on the brink of a higher profile.

For her new album, she surrounded herself with good company: organist Joey DeFrancesco, drummer Will Kennedy, keyboardist Russell Ferrante, among others.

“Willow Weep for Me” appears in a quirky revisionist arrangement, in a duet with 8-string guitarist-and former Bay Area neighbor-Charlie Hunter. That track, Fox notes, “is probably a guitar buff thing, in that they’ll probably wonder who is doing what.”

She has interacted with fellow plectrists before, including the late, great Joe Pass, with whom she casually studied and generally befriended. “I still think of him fondly and I hear him telling me things from wherever he is,” Fox says. “He’ll say `what are you using that chord for? Use something else. You can be creative. You’re a smart girl,'” she laughs at the thought, a little ruefully. “I can just hear him saying things like that.”