Skip to content
Become a member and get exclusive access to articles, live sessions and more!
Start Your Free Trial
Home > JT Archives > Mike Keneally: Back to School 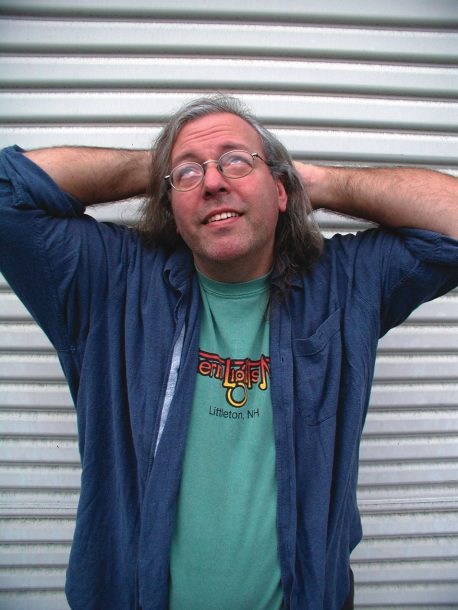 If you don’t recognize the name Mike Keneally, that’s likely because he’s made himself a victim of his own success. In an era when specialists become stars by singing, playing lead guitar or manning the keyboards, Keneally does all three-sometimes simultaneously, playing guitar with one hand and keys with the other. He also plays bass, drums and percussion, and is a composer and producer. All of those disciplines are put to use on selected tracks on his 1997 release Sluggo! and on all of his 1999 one-man-band CD Nonkertompf.

Since then, Keneally has released both acoustic and electric CDs (Wooden Smoke, Dog); a solo piano collection of songs by guitarist Steve Vai called Vai Piano Reductions Vol. 1; the symphonic The Universe Will Provide (with the Holland-based Metropole Orchestra); and the rollicking fusion disc Guitar Therapy Live.

All feature material that is at once accessible and melodic; complex and demanding, a musical balancing act that isn’t taught in any school. Keneally is, in fact, self-taught, outside of a few lessons on organ during his youth and the advanced course he received by replacing Vai as “stunt guitarist” in Frank Zappa’s final touring band in 1987.

Twenty years later, those lessons have helped Keneally add a teaching job to his multifaceted résumé, as national music director for the Paul Green School of Rock Music. Guitarist Green founded the school in Philadelphia in 1998, and inspired the 2003 film School of Rock (with Jack Black). Green and his students were also the subjects of a 2005 documentary, Rock School.

“Learning Frank’s music was a trial by fire, and that helped plant the seed in Paul’s mind that he and I were supposed to work together,” says Keneally, who also sang and played keyboards on the Zappa releases Broadway the Hard Way, Make a Jazz Noise Here and The Best Band You Never Heard in Your Life.

“Frank rehearsed us for four months before playing out. I was familiar with his music, and got into his group because I had learned so much of it. But then I realized how detailed some of his figures were, and I had to learn them quickly and exactingly. With Frank, the right note a 30-second beat late was the wrong note.”

Zappa was also a more literal catalyst for Keneally’s new teaching position (which includes serving as music director for the students between the ages of 8 and 18 at the San Diego branch). In Rock School, Green asks his all-star musicians, like the brother-and-sister team of drummer Eric Slick and bassist Julie Slick (both now with former Zappa guitarist Adrian Belew), to sink or swim at the annual Zappanale tribute festival in Bad Doberan, Germany, in 2003. The school’s elite students then deliver a stellar rendition of the complex “Zomby Woof” before thousands of hardcore Zappa fans-and one-up themselves by navigating the vocal-and-instrumental workout “Inca Roads,” along with former Zappa vocalist/saxophonist Napoleon Murphy Brock.

“That’s when Paul and I met,” Keneally says. “I was headlining that festival, and I knew Paul and the school were playing, yet I had no idea who they were. But I got to talking to Paul backstage and found out how passionate he was, and their performance was such a catalytic event. Last year, he offered me the national music directorship, plus the San Diego branch. So far, I’ve been so preoccupied with getting San Diego started that I haven’t had time to do as much as I want nationally.”

Still, Keneally can obviously multi-task. He’s performed in concert with the School of Rock All-Stars; met with the individual schools’ music directors, and is working with Green on a series of textbooks outlining a national curriculum. There are now 30 branches of the School of Rock, with 15 more set to open nationwide.

“As the school grows,” Keneally says, “getting more and more chapters across the country, there’s more of a need for a unified teaching approach.”

“Mike and I met at Zappanale in 2002,” says Keneally’s fellow teaching multi-instrumentalist Steve Auerbach, manager for both the Salt Lake City and neighboring Sandy branch in Utah. “He’s an amazing composer and musical technician, and his addition is a huge boost to our school nationwide.”

Keneally is also working on a duo CD with his longtime bassist, Bryan Beller, and another set of Vai tunes for solo piano. He’s chronicled the progress of recently completed special CD/DVD reissues of his first two solo releases, Hat (1992) and Boil That Dust Speck (1994), for months at www.keneally.com (where he’s also listed the ongoing losses and costs of the war in Iraq). All will be available through Exowax Recordings, the label Keneally co-owns with his manager, Scott Chatfield.

All of this, plus a social critic and label head too. Zappa would be proud.