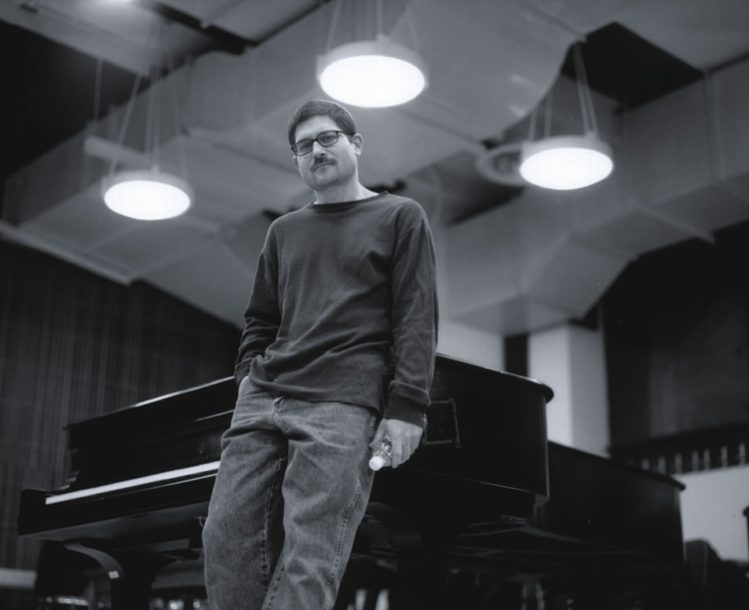 After three days of noodling at the piano with the major and minor thirds of ‘You and the Night and the Music,’ to make it a little off-base, my wife says, ‘Can’t you figure out how that tune goes yet?'”

That was not how the conversation with pianist Mike Holober began, but that’s how it flowed: like the give-and-take of a studio session; or the improvisational challenge of a gig in the Apple, 25 miles south of his Nyack home. Holober is a professor of music at Community College of New York and has taught at New York University. He’s been there, done it all, even has the T-shirts to prove it.

Now, finally, he has emerged front and center with his first album as leader: Canyon (Sons of Sound). Early in 2004, his first big-band effort as leader of the 17-piece Gotham Jazz Orchestra, Thought Trains will appear on the same label.

“My music is quite modern, but accessible,” Holober says. Canyon’s title track reveals one of his arranging trademarks: the use of ostinato figures to allow his players maximum freedom to explore. And with sidemen the caliber of saxophonist Tim Ries, guitarist Wolfgang Muthspiel, bassist Scott Colley and drummer Brian Blade, well, the joys of jazz are apparent.

Equally apparent is Holober’s lack of ego. He never dominates the solo spotlight, nor does he overcomp: “When I lay out, I consider that orchestration,” he says. Given Holober’s prodigious technique, some would consider that a loss. The “noodling” that led to “You and the Night” eventually morphed from a vamp into a brilliant, complex head that swings so fiercely that you wish it wouldn’t end. “Roc and a Soft Place” is a lovely tribute to one of Holober’s favorite former colleagues, saxophonist Joe Roccisano. Ries and Holober team up on another sensitive dedication, “In So Many Words,” for the late baritonist, Nick Brignola, with whom Holober worked for many years.

A surprising highlight is “Stardust” whose tempo Holober sardonically places “somewhere between Latin and country-western.” The pianist states the verse in simple octaves over a loping vamp. Ries’ tenor continues the straight approach of the chorus until he crosses the bridge, where he takes a shocking detour from D-flat to C, then five measures later swerves back to the subdominant lane of the original key. Few are aware of the return, but as Holober says, “When they hear it they look at me and smile knowingly.”

And his wife is probably thinking, “At least he figured out how the tune goes!”