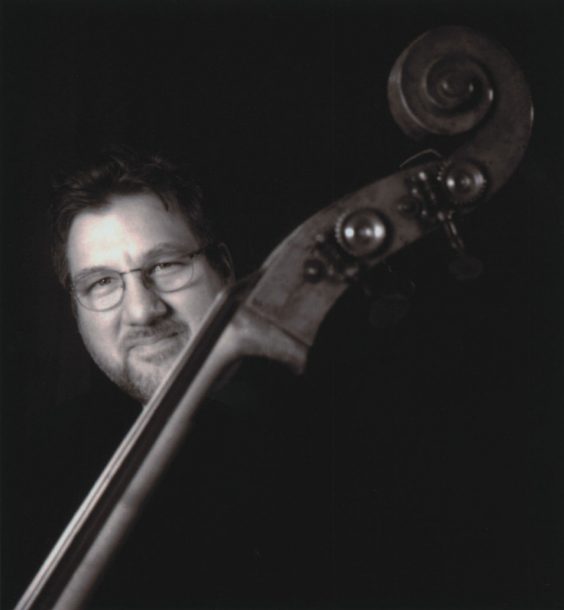 As a member of Tim Berne’s Bloodcount, bassist Michael Formanek has pushed the envelope on what his instrument can do in a group setting, blurring the lines as that edgy and adventurous quartet does so well between thoroughly composed material and purely improvised music (see 1996’s Unwound and 1997’s Discretion, both on Berne’s Screwgun Records). It’s an aesthetic that Formanek has also honed in his ethereal and intense duet situation with Berne, as documented on 1998’s Ornery People on Little Brother Records. (Formanek recently received a Chamber Music America/Doris Duke Jazz Ensembles Project grant to compose new music for the Tim Berne/ Michael Formanek Duo.)

But Formanek’s most daring outlet remains the naked setting of solo bass. “The solo thing came about from playing longer, more extended kind of things on gigs,” he explains. “And then eventually I just got more interested in making that a separate entity.”

He has performed solo bass concerts throughout Europe and has made one studio recording, 1998’s Am I Bothering You? on Screwgun Records. Given his recent acquisition of a new axe-a rich-sounding French bass made in 1860 that is physically harder to play while projecting much better than the Czech bass he’s had since 1979-Formanek is eager to return to the studio and document his progress as a solo artist. “It’s exciting right now, after having played this other bass for so long, to have this new instrument,” he says. “So that’s occupying a lot of my time and energy right now, just getting used to this bass. It’s forced me to practice and get fundamental. Consequently, I’ve gone back and pulled out a lot of classical bass repertoire that I’ve got and haven’t played in years, just to put this bass to the test.”

While touring Europe solo last summer, the bassist found himself incorporating cover tunes into his highly improvised set. “Since I’ve been doing my own music from back in the late ’80s, I’ve never done covers of anyone else’s music. But these pieces started to creep out on the gig. I had a Muddy Waters tune, ‘Rolling Stone,’ that I used as a set piece, then I added a Mingus tune, ‘Better Get Hit Into Yo’ Soul,’ which was fun because it’s such a raucous tune so I have to be raucous all by myself. Then I added a Thad Jones tune, a Wayne Shorter tune, one or two standards I hadn’t played in years. I began approaching it like a solo pianist might. Some of the versions were pretty abstract and some were much more literal. So now I can either do tunes I know just off the top of my head or I can work out things a little bit more, arrangement-wise. It just depends on how I’m feeling.”

Formanek says the response to his solo performances has been encouraging. “The reactions I’ve gotten have been much less from bass players and more from either nonmusicians or musicians who play other instruments. And that’s something I’ve actually enjoyed because as much as I love the bass, it was never my driving force to play solo bass just to show all the stuff that I can do. It’s more like this is the instrument I play and these are the things that I want to express.”

Aside from his ongoing explorations as a composer and wide-open solo improviser, Formanek continues to balance his role as a forcefully swinging, reliable sideman. “Sometimes I feel like I’m actively working as a composer, sometimes I’m actively working as a player,” says the in-demand bassist, who appears on recent recordings by saxophonists Tony Malaby and Marty Ehrlich, trumpeters Dave Ballou and Baikida Carroll, pianist Roberta Piket, guitarist Mark O’Leary and the New York Jazz Collective. “And although I do need to immerse myself into the compositional thing now to fulfill the Doris Duke commission, lately I’ve really been digging just being a bass player. That’s part of the beauty of being a player and a composer-that you can jump back and forth between the different worlds and really go totally into one or the other at different times.”