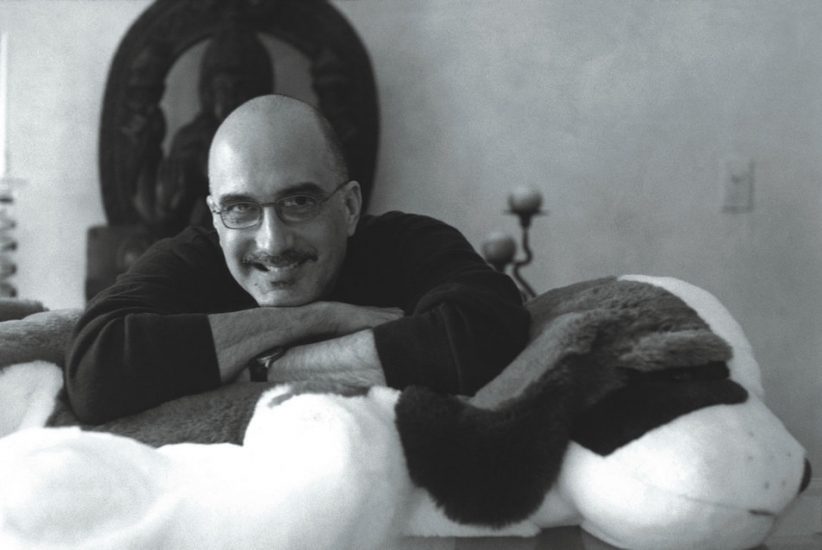 Like most musicians, saxophonist Michael Brecker spends a great deal of time on the road. He recently returned from a two-week trip to Japan and he regularly performs in Asia, Europe and other parts of the world, living in hotels and dreaming of home, where he is happiest.

Home is a large comfortable house in Hastings on Hudson, a select corner of New York’s Westchester County with a clear view of the river, where he lives with his wife of 15 years, Susan, his 11-year-old daughter, Jessica, his six-year-old son, Sam, and a cat, Mini Me. Although he lived for many years in New York City, and loves and needs the energy of the city, he chose the tranquility of the suburbs for the family. The house contains a small basement studio where Brecker works on his compositions. His Grammys are displayed in the playroom together with masks he has collected from all over the world.

To keep in shape, Brecker goes to the gym where he walks three days a week on the treadmill and lifts weights. While he used to be a passionate basketball player, that activity is confined now to hoops in the front yard with Sam as his only opponent.

Brecker, who also plays piano and drums, is part of a highly creative family: his father was a successful lawyer and a jazz pianist; his mother was a talented painter, whose work decorates Brecker’s house; and his trumpeter brother, Randy, is among the most successful jazzmen today. The talent runs in his own family, too: On the day I visited, Jessica was rehearsing for the school play, Joseph and the Technicolor Dream Coat, for which Brecker helped build the sets and Susan made the costumes.

While he says he listens to everything, Brecker admits that Béla Bartók is his favorite classical composer. He likes to listen to music in his car because it affords him uninterrupted listening time. Brecker loves going to the movies in his spare time and he reads voraciously when on tour-fiction, non-fiction, biography, spiritual tracts-and he recently dove into books about the Kabbalah, the ancient book of Jewish mysticism.

Despite all the traveling he does for his career, Brecker says he still wants to visit West Africa, especially Senegal. But sometimes his place of work is enchanting, too. Some years ago, Brecker played on top of the Dolomite Mountains in Italy. The venue called for a short gondola ride and then a one-and-a-half hour hike up to the peak, instrument in hand. The audience sat on rocks in the open and very thin air, surrounded by alpine peaks. “It was sheer magic,” Brecker says. A moment to remember, like the day on which both his first child was born and he won his first Grammy.

What do you call a perfect day?

A day in which I stay out of my own way.

Cappuccino, as in Italy.

What kind of car do you have?

I drive an Acura TL.

How would you describe your clothing style?

Oscar de la Schlep. Very casual. My frame, long arms and legs make it difficult to find something that fits right. I wear a jacket when I perform, but I prefer not to wear a tie because my throat expands enormously when I play.

What kind of computer and software do you use?

I use Logic Audio for recording on an Apple Macintosh G3 and my family uses a Dell 266.

What’s the last book you read?

Disgrace by the South African writer J.M. Coetze and God Is A Verb by David Cooper.

My wife’s cooking, and I also like Japanese, Italian, French and Chinese.

Topsy-Turvy, which I loved for the atmosphere it evoked of 19th century England-and for the fact that apparently nothing has changed in the music business since Gilbert & Sullivan.