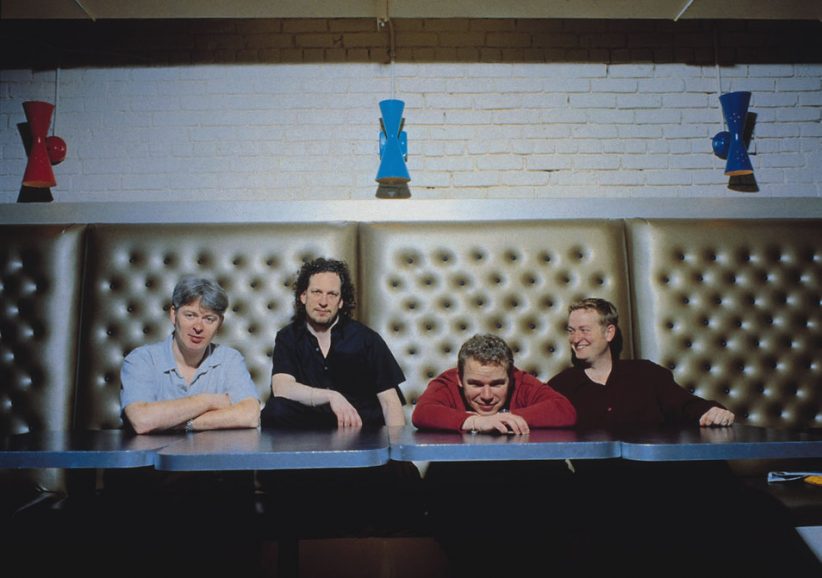 While Metalwood has just begun to receive attention stateside on the strength of The Recline, its hard-hitting Telarc debut which features special guests John Scofield, Mino Cinelu and DJ Logic, the quartet is hardly an overnight sensation. The members of this Canadian groove-jazz group have been at it steadily for six years, touring the provinces in a van like the Great White North’s answer to Medeski, Martin & Wood. Metalwood has already garnered two Juno awards (a Canadian version of the Grammys), and yet to those of us below the border, the band is a relative newcomer.

“We have a really strong following up in Canada,” says Chris Tarry, Metalwood’s fretless electric bassist who, like trumpeter/keyboardist Brad Turner, is based in Vancouver. (Rounding out the quartet is drummer Ian Froman, who resides in New York, and saxophonist Mike Murley, who lives in Toronto.) “We put out four albums of our own before we caught the ear of Verve/Canada, who eventually signed us. The Recline actually came out in Canada about a year ago and was only recently licensed in the States by Telarc. So now when people in the States see us playing material from that CD, they’re hearing tunes that have really developed a long way because we toured in Canada like crazy to support that record.”

While Metalwood’s earlier self-made recordings tend to be more open-ended affairs, heavily influenced by early Weather Report, The Recline celebrates the groove in no uncertain terms. “Our tunes tend to have more traditional jazz forms than your typical jam band,” says Tarry, who cites Jaco Pastorius, Paul Jackson, Gary Willis and Steve Swallow as his biggest electric bass influences. “But we’ve made a real effort from the very beginning and up until now to make sure that we’re playing groove music. And while we’re not playing any swing or anything like that, our jazz influences can’t help but shine through.

“All of us are traditional jazz musicians in the sense that we make our living playing with other people and playing mostly acoustic-based jazz,” he continues. “So the thing that influences our sound overall is that we come at it like a traditional jazz quartet but playing electric instruments.”

As Scofield says of his Metalwood mates: “To make good jazz-rock you have to have the jazz roots, which they have. Their musical instincts are sharp.”