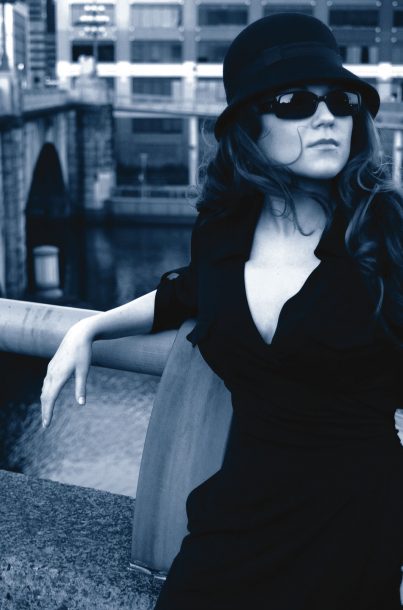 My college years were cut short-I went to the school of hard knocks instead,” said Melody Gardot. The 22-year-old singer-songwriter from Philadelphia recently released her first album, Worrisome Heart, a soulful and seductive mix of folk, jazz and blues.

She’s not kidding about the hard knocks. Three years ago Gardot was a student at Moore College of Art & Design in Philadelphia, preparing for a career in the fashion industry and working part-time as a cocktail pianist, playing everything from Duke Ellington to Radiohead. Bicycling home one night she was run down by a car blowing through a red light.

“My entire world flipped upside down,” she said.

Gardot spent the next year in a hospital bed recovering from a broken pelvis and head and spine injuries. After that she had to learn to walk again. At the same time she was struggling with cognitive problems-particularly with short-term memory and language. Her doctor suggested she start playing music again to help reconnect the pathways in her brain.

Often unable to sleep because of the pain, she began to write songs in bed with an acoustic guitar, recording then playing back one section at a time, testing her ability to remember words and chords. While it was intended as cognitive therapy, at the same time the songs gave her a way to deal with the enormous emotional disruption to her life.

She began posting her music on her MySpace page. That led to an invitation to perform at a benefit concert at World Café Live, the much-lauded Philly restaurant and concert venue that shares a building with the hip University of Pennsylvania-based radio station WXPN. “She sent me this CD and I was like, ‘Oh my god, this is amazing!’ So I said [to Gardot], I’m going to play ‘Wicked Ride,’ and I’m going to play ‘Cry Wolf.’ Is that OK with you? Is there going to be any music available [for listeners]?”

Gardot scrambled to self-release an EP, Some Lessons – The Bedroom Sessions, to meet the requests from Philly Local listeners. Over the next two years she became a regular performer on WXPN and played with jazz musicians at World Café Live and local clubs like Ortlieb’s and the Tin Angel.

The new album brings together Gardot’s regular rhythm section-bassist Ken Pendergast and drummer Charlie Patierno-with jazz veterans like guitarist Jef Lee Johnson, violinist Diane Monroe and saxophonist Ron Kerber. Overall the mood is mellow but with an emotional intensity that seems to support the cliché of having to live the blues before you can play them. Whether or not you know Gardot’s story, there is something immediately compelling about the music. “I’ve been doing this for 30 years,” said Leicht. “So I know if I feel something this strongly, there’s something there.”

Gardot has begun to get press outside Philadelphia and recently the XM radio station The Loft began playing her music to a national audience. While her career is on the rise, Gardot still deals with recovery and chronic pain. She is a striking presence onstage with sunglasses and the cane she uses to get around. She relishes her performance time, she says, because it is the one time she is free from pain. And yet she is philosophical about her life.

“It’s been a strange journey. If I hadn’t been in an accident I wouldn’t be doing what I’m doing now. It’s been a blessing in so many ways-this is what I’m supposed to do. It’s brought a lot of happiness and joy into my life.”