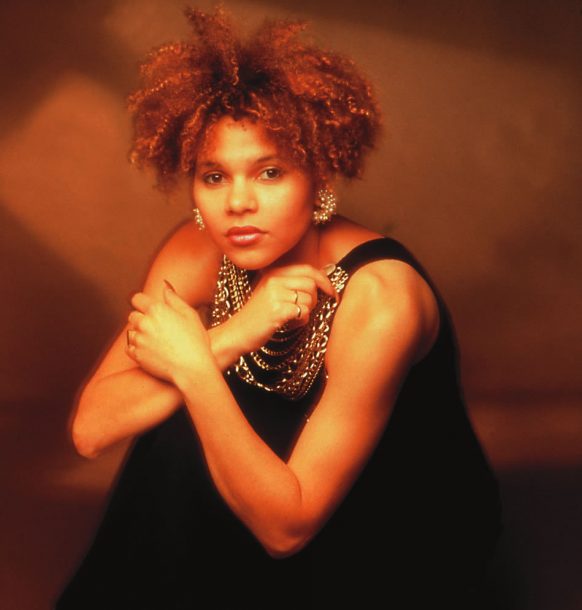 As a child, singer Melissa Walker used to perform with her sisters, doing some Motown-type tunes for her parents. Later, law became a passion: “I wanted to be the defender of the underdog. I wanted to be a part of the justice system.”

That desire stuck with her for quite awhile, “but when I finally heard some jazz singing, I got hooked.”

It was Billie Holiday who first caught her ear after a few years of listening mainly to folk icons. And despite her parents’ desire for her to remain in law, Walker’s passions shifted gears. “In life,” she said, “I think that when you’re on the right track, doors open for you. They never opened for me in any other area except in jazz, and I knew I really wanted to sing.”

Walker’s second re-cording, May I Feel, is now available on the Enja label, where she displays her considerable gifts with apparent ease. “But I really pour myself into what I’m doing,” she said. “If I sing a song and don’t get exhausted afterwards, then I probably shouldn’t have sung it. I connect to the songs I do because of the emotions they bring in me.”

Carmen McRae is currently her strongest influence, adding that she admires her “story, style and swing.

“I’m having fun and I hope it stays that way,” she adds. “I feel fortunate to be working with my group. I feel we’ve got it all together on this recording; I’m just not standing in front of a band. Really, we’re all a pot of brewing stew.”