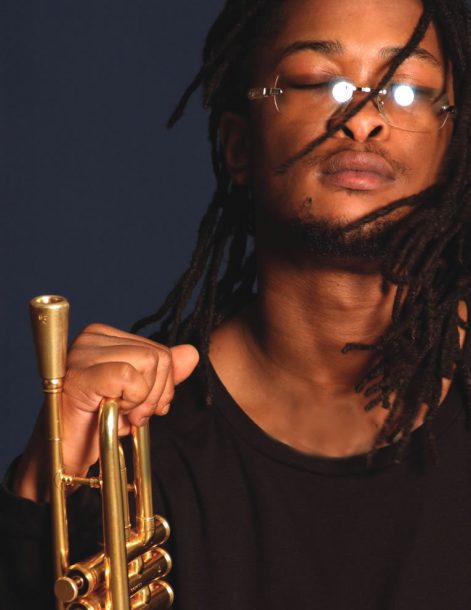 When Maurice Brown blows his trumpet, folks notice. His irrefutable energy, talent and focus continually surprise audiences like those at his weekly performances at New Orleans’ Snug Harbor club. “I get wrapped up in the music” is how Brown explains his exuberance, which also fills his self-released debut CD, Hip to Bop (Brown). “I’m always having fun on stage. That’s where I’m the happiest.”

The 23-year-old Chicago native and New Orleans resident of three years has perked up ears since he was teenager. Wynton Marsalis recognized his skills while conducting a workshop, and Brown later caught Ramsey Lewis’ attention while performing with the National Grammy Band, which led the pianist to invite the trumpeter to perform with him at Chicago’s Orchestra Hall. And Brown’s appearance on saxophonist Fred Anderson’s 2003 release, Back at the Velvet Lounge (Delmark), ignited even more inquiries about the sizzling young trumpeter.

While racking up impressive credentials playing and recording with the likes of legendary trombonist Curtis Fuller, trumpeter Roy Hargrove and heading out with Ernest Dawkins’ New Horizon Ensemble and the Paris Reunion Band, Brown has been purposefully patient about putting out his own album. “At my gigs, I’ve literally gotten cussed out for not having an album,” he laughs. “I’ve never been real quick to want to rush anything because I know everything’s coming. Clark Terry told me, ‘Don’t worry about missing your boat when it comes because your boat is coming around a bunch of times.'”

It’s clear that Brown is a hungry musician, from his aggressive approach to the horn to his omnipresence on the New Orleans scene. But despite his ambition and drive, the trumpeter never considered shopping his CD of all original material to a label; Brown was determined to maintain control over the music and presentation. He’s also handling distribution and is selling the release on his Web site (mauricebrown.net).

Brown’s Chicago influences show in his fearless attack and willingness to take the music out as on his “Look Ma, No Hands,” while his New Orleans experiences keep him mindful of melody, as on his grooving, radio-ready “It’s a New Day.” “I just try to bring that free element to the music,” Brown says, “but within all the rules of jazz-real deep into the harmony.”