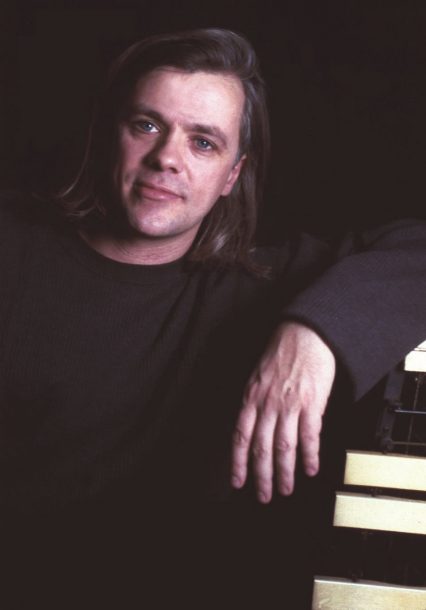 While working as a heavy-metal drummer in touring Canadian rock bands during the ’80s, Matthias Lupri harbored the secret desire of becoming a jazz musician. Having already learned the basics of jazz theory while studying piano and vibes at a college program in Calgary, he began leading a double life out on the road: shedding on vibes with Jamey Aebersold records by day while bashing the hell out of his kit at night. Eventually, the decadent party atmosphere of the rock scene took its toll, and in 1990 Lupri checked into the Berklee College of Music to further his studies in jazz.

Inspired by his vibes mentor, Gary Burton, Lupri began pursuing a jazz career in earnest, documenting his progress along the way on 1998’s Window Up, Window Down and 1999’s freewheeling Shadow of the Vibe (both on Chartmaker) with tenor saxophonist George Garzone and bassist John Lockwood of the Fringe. On his third outing as a leader, Same Time Twice (Summit), the 37-year-old, German-born, Canadian-raised Lupri aligns himself with two forward-thinking colleagues in guitarist Kurt Rosenwinkel and tenor saxophonist Mark Turner. Bassist Reuben Rogers and drummer Gregory Hutchinson, a longstanding rhythm tandem with Joshua Redman, bring a natural chemistry and precision aplomb to the composer’s well-crafted originals. From the hushed introspection of the haunting ballad “After Hours” to the all-out burn of the aptly named “Release” to the luminous title track, Lupri and company forge a decidedly progressive path on this splendid disc.

“It’s very open, lead-sheet music and the players can take it where it goes, which means it’s going to change up a lot from night to night,” Lupri says. “We just did a show with Greg Osby subbing for Mark Turner, and that was a whole new trip. That’s the beauty of jazz. You can switch players in and out, and it takes it to a different space, which is ideally what you’re trying to achieve when you’re playing and writing music. To create a certain space that everybody can dig off of-the players and the audience-and see where it goes, what the story tells you.”

As engrossed as he currently is in jazz, don’t look for Lupri to have any reunions with any of his former rock bands. “I didn’t feel I was getting the musical nourishment I needed from playing heavy metal,” he says. “And when I switched over to jazz, I felt a lot happier.”