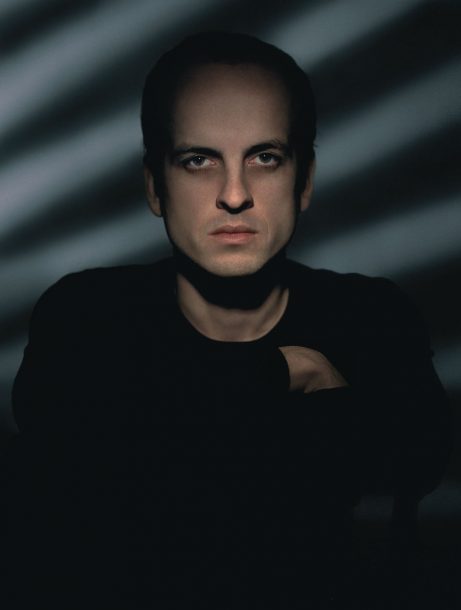 Pop music has various functions in today’s society, but seldom does it have significant meaning. That’s especially true for a lot of electronic club music. When you take away the strobe lights, designer drugs and the legions of dancers, you have pretty much the sonic equivalent of a computer screensaver.

The recent music of British electronica wizard Matthew Herbert is anything but perfunctory as evidenced on his latest CD, Goodbye Swingtime (Accidental), an inspired big-band collaboration with modern sonic flourishes that stands apart from his previous work. “The fact that it’s a big band record is extremely important and extremely irrelevant all at the same time,” Herbert explains. “I’m interested in making music that should work on its own and shouldn’t matter what form it takes. I was looking for the integrity behind the big band-the sort of harmonic and melodic ideas and sounds.

“Electronics is an incredible way of creating music on your own terms,” he continues. “I wanted to establish that first, before really embarking on the more ambitious stuff. There’s something about the community aspects of the big band that I really loved. Electronica music is quite selfish in many ways, because it often involves only one person and one computer. The idea of me having to convey my ideas to 20 other musicians [in a big band] and getting them to perform the music in such a way that doesn’t compromise my own philosophies was a challenge that I was ready to take.”

Herbert’s main collaborator for Goodbye Swingtime is composer- arranger Peter Wraight. The two volleyed ideas back and forth, via computer, for six months before convening at Abbey Road studios with approximately 30 musicians. After that, Herbert took those recordings and manipulated them for three months. For the first few cursory listenings, the opulent harmonies of Duke Ellington, Charles Mingus and Gil Evans readily come to mind, and while Herbert shares deep admiration for all those composers, he cites not one of them as the main influence for Goodbye Swingtime. “You kind of inherit Ellington before you even begin to write a single note,” he says. “You have Ellington’s ghost hanging over you. It’s almost impossible to write big-band music that isn’t going to touch on someone else. Many big band leaders were quite political, whether it was Glenn Miller or Charles Mingus; my influences are really George Bush and Dick Cheney.”

Wraight’s dreamy arrangements, along with the sensual singing from Jamie Lidell, Arto Lindsay, Dani Siciliano and others, wonderfully enliven Herbert’s somewhat evasive but sharply political lyrics, making Goodbye Swingtime a seducer of the most subliminal kind. Underneath all of that, Herbert embeds the music’s thought-provoking samples, such as the ripping of newspapers, that amazingly connect to the composition’s themes. For instance, the noirish “The Three W’s” begins with the sound of Web pages being printed, but it’s just not any Web site; it’s soaw.org (School of the Americas Watch), which monitors human rights abuses inflected on Latin America. And without uttering the words of the Web site or Latin America, the atrocities against humanity are perfectly articulated through Mara Carlyle’s somber soprano, especially when she sings: “Ears should be burning/We should be learning this.”

“The words on ‘The Three W’s’ are about Henry Kissinger, General Pinochet and Jack Straw, who’s a member of Parliament, who refused to hand Pinochet over to Spain on the grounds of trials against humanity,” Herbert explains. “The lyrics in many ways are my emotional reactions to that. I’m trying to make them as timeless as possible, so that they don’t exclude meaning and listeners, or date it, in the bad sense of the word, and yet at the same time commenting on something that is absolutely specific.”

The physical manipulation of political literature, such as newspapers and the books of Noam Chomsky and Michael Moore, and the dropping of telephone books serve as the backbone for the samples on Goodbye. These peculiar samples reflect Herbert’s artistic manifesto, PCCOM (Personal Contract for the Composition of Music), which he imposed on himself in 2000. It contains such rules as: “The sampling of other’s people music is strictly forbidden” and “With the exception of the human voice, no replication of traditional acoustic instruments is allowed where the financial and physical possibility of using the real ones exists.”

Live performances of Goodbye Swingtime in England and Germany have already received numerous rave reviews. Herbert, believe it or not, is scheduled to bring his big band to the U.S. to select cities. And given the Dixie Chicks’ troubles after publicly sharing their political dissatisfaction with the Bush administration, Herbert’s big-band arrival should prove, if anything, provocative. “If you looked 50 years into the future at today’s music charts, there is absolutely zero indication that there is a war going on during this last year,” Herbert says. “It shows a great deal about what music has become.”