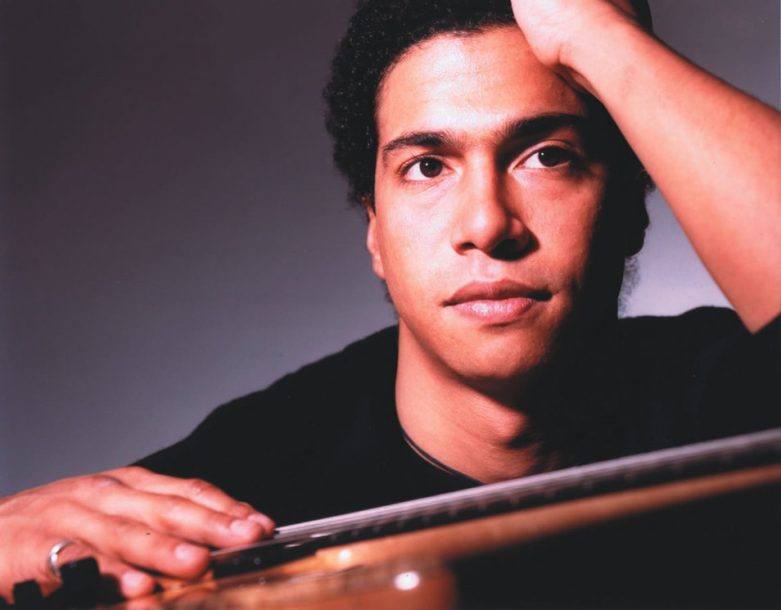 Following sideman duties with such high-profile gigs as Joe Zawinul’s Syndicate, Steve Coleman’s Five Elements, John McLaughlin’s The Heart of Things and John Scofield’s band, bassist Matthew Garrison decided to come off the road at the beginning of 2000 to focus on composing and recording his own music. The son of the late bassist Jimmy Garrison had already established a rep within musician circles for his outstanding facility on electric five-string basses, along with his very sophisticated chordal approach to the instrument (heard most recently on McLaughlin’s latest with The Heart of Things, Live in Paris, Verve). But nothing he had previously done on record matches the level of sheer musicality that Garrison demonstrates on his auspicious self-titled debut (available through his Web site at www.garrisonjazz.com or at the Fodera bass Web site, www.fodera.com).

Accompanied by such like-minded colleagues as guitarists Adam Rogers and David Gilmore, percussionist/vocalist Arto Tunçboyaciyan, drummers Ben Perowsky and Gene Lake, Tribal Tech key wiz Scott Kinsey and sitarist Amit Chatterjee, Garrison shows that he is among the most gifted composer-bassists in the post-Jaco era. Whether he’s dishing out bottom-heavy grooves, layering intricate melodies on his fretted and fretless basses, soloing with uncanny fluidity or chording masterfully, the bassist delivers heroically on his ambitious first outing. Recorded in a span of eight months in the privacy of his Brooklyn apartment, Matthew Garrison reveals traces of his various teachers along the way (elements of Jaco-era Weather Report and Zawinul Syndicate are most prominent).

“There was a time when I really wanted to be on the road,” he says. “I wanted to play with these cats and hear what they were talking about, listen to their ideas about music and life. I wanted to be immersed in that. But at some point the endless string of planes, buses and cabs just got to me. I began to feel like I was wasting my life on the road. And at the same time I had all this music in my head that I wanted to get out.”

Formerly regarded strictly as a player, Garrison is bound to gain a new level of respect with his debut as a leader.