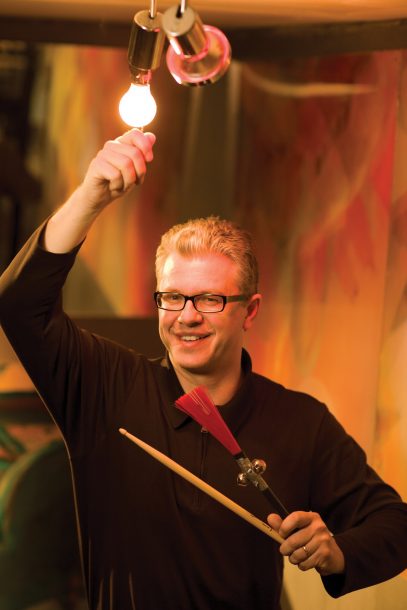 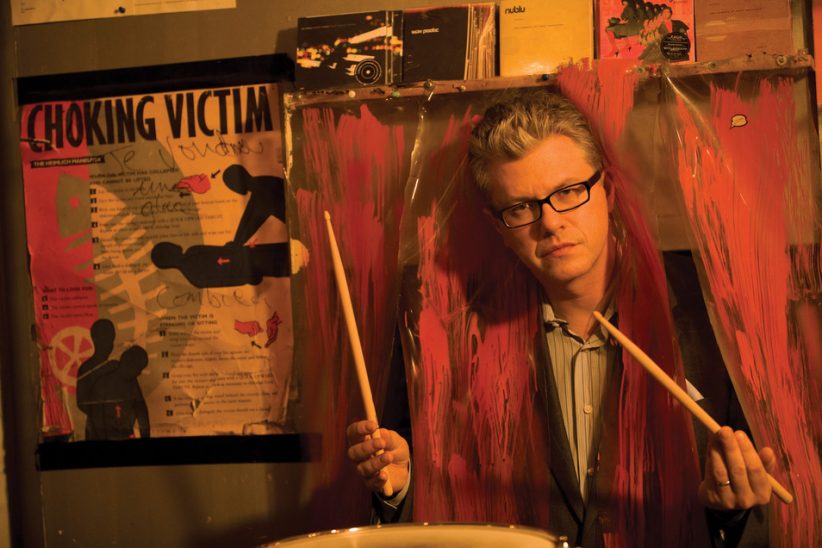 If you’ve ever seen Matt Wilson in action, then you’ve probably seen him smile. It happens often in the course of his playing, and it has a way of spreading: across the bandstand, throughout a club, along the expanse of a festival hall. His posture and bearing at the drums communicates an upright whimsy, perhaps especially when he’s wearing a coat and tie-which, combined with his dark-frame glasses and gray-streaked hair, can call to mind a younger version of Minnesota Senator Al Franken. And yes, it’s true: He’s good enough, and smart enough, to make you like him. In fact, he’s probably the most blithely sociable jazz drummer since the late Billy Higgins, who earned the fond sobriquet Smiling Billy, and who also happens to be Wilson’s clearest musical precursor.

“Matt exudes joy and a sense of well-being on the bandstand,” says pianist-composer Myra Melford, who works alongside Wilson in the avant-garde collective Trio M, and occasionally in her ensemble Be Bread. “I’m constantly smiling when I’m playing with him, and I know this is transmitted to the audience as well as the ensemble members.”