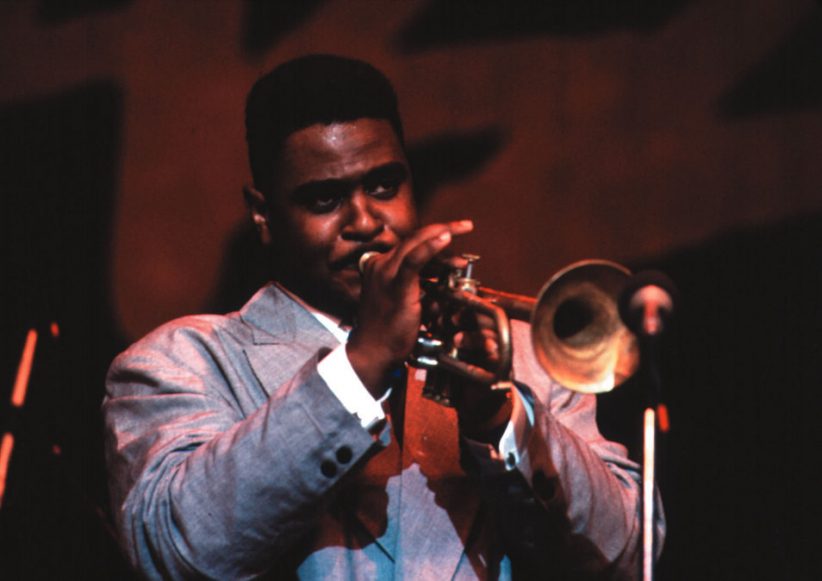 Back on the tracks after parting with his former record company, 27-year-old trumpeter Marlon Jordan is in top form as he dramatizes a warm session of seven mostly-Coltrane tunes on his new Arabesque disc, Marlon’s Mode.

Since his last CBS album, Undaunted, was released in 1993, Jordan has switched labels, recovered from a serious auto accident, had a second daughter, and moved his family from Southern Ohio to hometown New Orleans, where he’s now teaching at a private all-girl school and participating in the lively local jazz scene.

“I had a lot more time to think about what I was doing and time to practice and to get down what I really wanted to get down on this album,” says Jordan. “I chose to focus on ‘Trane, to try to get the feeling of his music because I really like where he was at all the time. He was a big hero of mine, even though he wasn’t a trumpet player.”

Batiste’s playing adds a certain level of sophistication to the session, a richer sound. “I really was pleased about the way it came out,” says Jordan. “I think it’s my best record to date.”

While Jordan says the soured record deal cost him as far as not being able to get out in public and tour, he’s happy to be with Arabesque, where he hopes to have a chance to show off his classical chops as well.