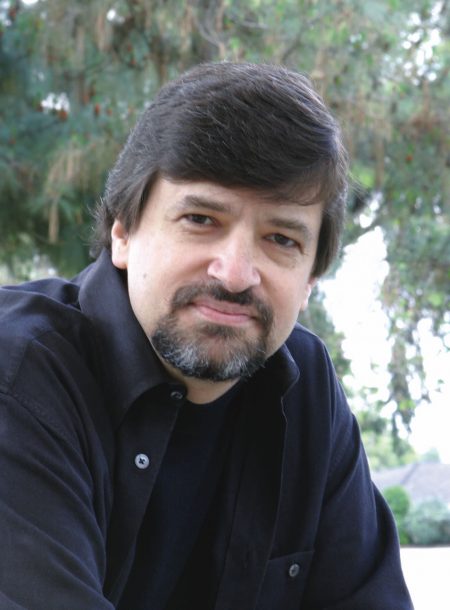 Mark Masters has a gift for finding jazz treasures hiding in plain sight. Over the past 15 years, the Southern California-based arranger has carved out a unique niche, developing programs for the Mark Masters Ensemble built around the work of neglected improvisers and composers-or in some cases, doing the jazz-standard thing of smartly reinterpreting familiar material.

The arranger’s latest album for Capri, Porgy and Bess Redefined!, tackles a body of work far better known than Moncur’s, but Masters turns George Gershwin’s oft-explored folk opera into a thrilling jazz vehicle, striking a delicate balance between freewheeling improvisation and incisive ensemble passages that hone in on Gershwin’s seemingly infinite melodic imagination. “I didn’t set out to do the album for this reason, but nobody has done an in-and-out treatment of Porgy and Bess-in terms of playing free and using a harmonically adventurous orchestral language,” Masters says. He notes that Gershwin’s song forms are often unconventional and always interesting. By going back to the original vocal scores, he incorporated elements from the passages that Gershwin wrote to bridge the songs.

The key to the album’s success, and indeed all of Masters’ projects, is that he writes for specific players.

“Mark tries to find the most important emotional ingredient in every tune he arranges,” says Hagans, a scarce presence on American bandstands in recent years because he’s artistic director of the Norrbotten Big Band in Sweden. Masters first recruited Hagans for a 2001 concert dedicated to Miles Davis and Gil Evans’ landmark album Sketches of Spain, and the trumpeter has been a key contributor on just about every major Masters project since. “With Porgy, it’s not a lot of thematic exposition,” Hagans says. “Mark doesn’t have 10 minutes of music written out for us. He tries to get the emotional vibe of the piece and takes into account the personalities of the players. He focuses on how we’re going to bring out Billy Harper’s personality rather than writing shout choruses and showing off. That’s what defines his personality.”

Over the years Masters has struck gold with projects showcasing several overlooked jazz greats, such as his 1993 collaboration with trombonist Jimmy Knepper, The Jimmy Knepper Songbook, and One Day With Lee, featuring arrangements built upon lines by alto great Lee Konitz. He’s also put together programs exploring music by Dewey Redman, Chico O’Farrill, Steve Kuhn, Charles Mingus, Jelly Roll Morton, Gary McFarland and Jack Montrose, the great 1950s West Coast tenor saxophonist and arranger whom Masters cites as one of his primary influences. They first got in touch when veteran reed player Gary Foster, an occasional member of Masters’ band, gave Montrose a copy of the Knepper album. Montrose responded by calling Masters to express his admiration for the work.

“He said, ‘You and I are soulmates; I didn’t know this kind of thing still existed,'” Masters recalls. “He’s in Las Vegas, and I try to get over at least a couple times a year to see him. He opened my horizons, in terms of sonic possibilities and ways to think about music.” The largely forgotten Montrose, who did such brilliant arrangements on the 1954 Clifford Brown Jazz Immortal session for Pacific Jazz with Zoot Sims and Russ Freeman, is featured on Masters’ 2003 Capri album, The Clifford Brown Project, sounding as big and brawny as Ben Webster.

Masters himself is something of an overlooked jazz treasure who has created a thriving musical outpost 30 miles east of Los Angeles in Claremont, though he’s been almost entirely ignored by the region’s dominant newspaper, the Los Angeles Times. Working through the American Jazz Institute, an organization he created in 1997, Masters has found an unofficial home in the academically prestigious but musically underdeveloped Claremont McKenna College. Producing several major programs a year, he has built strong creative relationships with Southern California players such as pianist Cecilia Coleman, bassist Putter Smith and drummer Joe LaBarbera.

In many ways, Masters is a product of the Southern California jazz scene. He grew up in Redlands, the Riverside County town best known in jazz circles as a headquarters for Stan Kenton. It was Kenton’s music that first sparked his passion for jazz, though Masters credits his Riverside City College professor Roger Rickson for setting him on the right path as an arranger. “He was forever laying all the right records on me,” Masters says. “He knew what I should be hearing, and really steered me to the writing part of it.” As for the future, Masters is maintaining his fruitful relationship with the Capri label and working on projects exploring the music of Marvin “Hannibal” Peterson and Roswell Rudd.