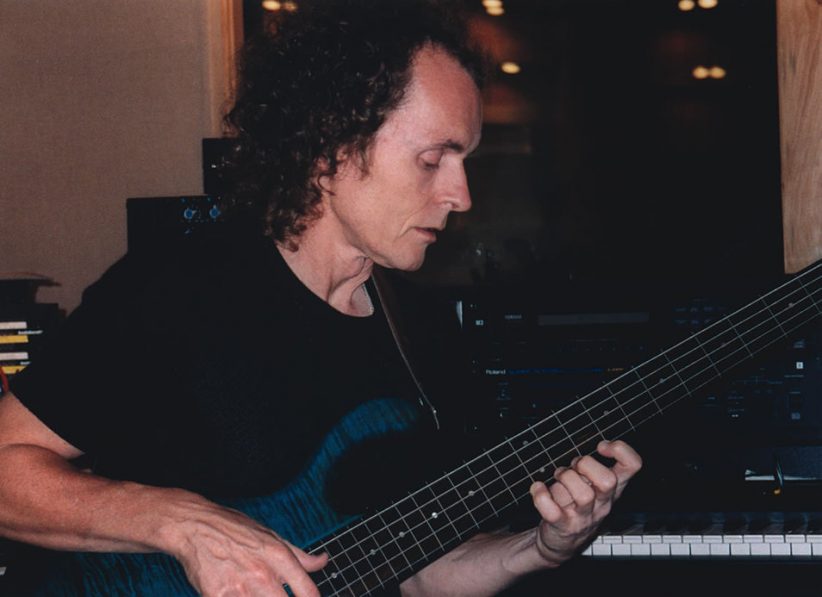 It’s been over a decade since we’ve heard a new solo album from Mark Egan, but during that time, the sought-after bassist has been anything but idle. He recorded three live albums with Elements, the group he co-leads with drummer Danny Gottlieb; built a state-of-the-art recording studio; and performed on and/or produced innumerable jazz, pop, TV and film projects. Egan had been composing music all along, but he’d never had an opportunity to record it, and it was saxophonist Bill Evans, a close friend, who lit a fire under him to record a new solo CD: “I’d sort of been starting to do a solo record for a few years, and then I would have to stop and work on something else because someone called me to play or produce something,” Egan recalls. “And he just finally said, ‘You’ve got to get it in gear because a lot of people want to hear you do your solo expression.’ And I said, ‘You’re right,’ so I just did it.”

The result is Freedom Town (Wavetone), a collection of intricate Egan compositions given full expression by Evans, Gottlieb, keyboardists Clifford Carter and Jon Werking, trumpeter Lew Soloff, guitarist Jeff Ciampa and percussionist David Charles. There’s plenty of soloing, rhythmic anchoring, and sonic shading from Egan, who plays a variety of basses, including 4-, 5- and 8-string fretted, fretless and double-neck axes. He showcases the instrument’s expressive range on “Kauai” and “The Flame,” both of which are duets with Gottlieb. On “Kauai,” Egan’s lyrical bass meets Gottlieb’s subtle drumming, and everything is enveloped in layers of atmospheric synths. On “The Flame,” Egan turns in a rare performance on upright bass. Egan and Gottlieb plan to create more music in this vein, and are recording an album that Egan describes as “a very creative project, just drums and bass and a lot of improvising and playing duets of songs that we’ve written together.”

The Massachusetts-born Egan didn’t start out playing the bass; his first instrument was trumpet. He began playing bass at the age of 16 and became enraptured with it, particularly the continuous energy it brings to an ensemble: “Usually a trumpet player will play a solo or play parts and then not play,” the former Pat Metheny Group (1977-1980) sideman explains. “When you play bass, you’re playing all the time usually and you’re a very functional and supportive part of the band, whatever the configuration is, and I really enjoy the feeling. To me, it’s a real eternal feeling to be part of the rhythm that’s constantly moving.”