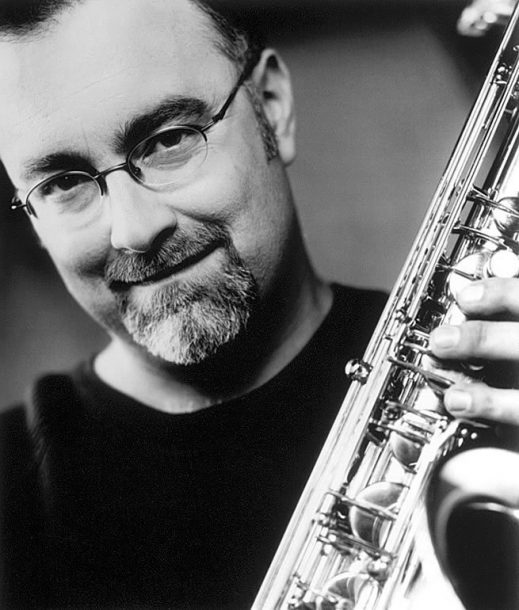 With the release of his debut album, Groove, saxophonist Mark Douthit joins the ranks of top session musicians turned smooth jazz solo artists. A first-call sideman, the Nashville-based Douthit has played with many of pop and R&B’s biggest stars, including Whitney Houston, Billy Joel, Natalie Cole and Elton John. He’d long considered a solo career, but the right situation never came along. “There was a deal in the past where I was offered a pretty significant budget,” he recalls. “Basically, it was a marketing strategy-they wanted another Kenny G, and they wanted me to do songs, write songs and perform in that vein. And I passed it up because that’s not an honest performance.”

Douthit ultimately signed with Nashville-based Hillsboro Jazz, and became the label’s first smooth-jazz artist. Although over half of the tracks on Groove are remakes, the label decided not to release a cover as the first single. Instead, it went with the poignant original, “Voice of the Heart,” which was inspired by television news reports of conflict during Desert Storm. “I remember it vividly as far as what it looked like,” remembers Douthit. “The kind of green night photography with-there was some kind of a mosquelike building that had almost a mushroom top to it. And that was the shot they used a lot and it really caught me off-guard to see that. I thought, ‘Wow, we’re at war,’ and it really [had] a profound effect on me. And I think that it-as it does anybody in times like then or 9/11, it really brings the whole spirit of Americana out in a person. It brings a real patriotism up to the surface.”

Cover tunes are virtually de rigueur for smooth-jazz albums, but what sets Douthit apart from many NAC artists is his talent for finding innovative ways to present well-known songs, as on his gospel-spiced duet with pianist Pat Coil on Stevie Wonder’s oft-covered chestnut “You and I.” Douthit credits singer Gino Vannelli’s keyboardist, Randy Porter, with the sultry arrangement of Vannelli’s hit “I Just Want to Stop,” which he calls “a smoky version, kind of a club version. The treatment was like a jazz ballad.”

Douthit, who recently backed guitarist Larry Carlton on tour, isn’t planning to give up his sideman career just yet; at press time he was busy with numerous projects, including playing on a big-band Christmas album and accompanying newcomer jazz vocalist Connye Florance. He enjoys the variety; as he puts it, “That’s the fun of being in the music business-one week is so different from the next, and it’s a great roller coaster ride for me.”