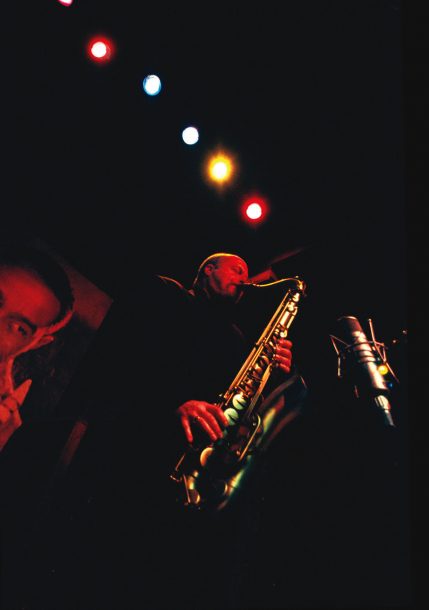 If tenor saxophonist Mark Colby hadn’t settled into a teaching post at Chicago’s DePaul University in 1983, the 53-year-old former associate of folks like Gerry Mulligan, Charlie Haden, Bob James and Mose Allison could be making it anywhere as a full-time jazz player. Indeed, prior to joining the professorial ranks, Colby spent two and a half years as featured soloist with Maynard Ferguson, a position he obtained in true Cinderella fashion. While he was a scholarship student at the University of Miami-where his peers included Pat Metheny, Mark Egan and Jaco Pastorius-a fellow student, drummer Danny Gottlieb, “sent Maynard a tape of the university jazz band as an audition for himself,” he says. “They didn’t happen to need a drummer at that time, but their tenor player had just left, and when they heard me on the tape they gave me a call.” He subsequently appeared on Ferguson’s Primal Scream, Conquistador and New Vintage.

The title of Colby’s latest CD, Tenor Reference (Hallway), derives from his recent acquisition of the new Selmer saxophone of that name. The tenorist is enthusiastic about his new horn’s “darker, warmer tone,” which, he says, “enables me to get the sound I’ve been looking for.” Colby should be quite pleased with his sound on the recording. It’s full and focused throughout the horn’s entire range-muscular and edgy on straightahead swingers like “Beautiful Love” and the breakneck “Softly as in a Morning Sunrise,” but smooth and warmly expressive on the poignant melody of “My One and Only Love.”

Colby must be happy with his choice of colleagues, too. Vince Maggio, with whom he cut the 1999 duo recording Reunion, is the pianist once again. “Playing with Vince is like playing with an orchestra, he’s so responsive with color and rhythm,” says Colby, “and he continues to provide me with an education in the subtleties of jazz.” This time they use a complete rhythm section. Bassist Eric Hochberg “has a beautiful sound and creates thoughtful lines in his accompaniment” and Bob Rummage “is the most responsive drummer I’ve ever worked with.” The three of them “are perfect for my feel because they listen and respond all the time,” he says.

Such a high degree of empathy is crucial to the kind of creative chance-taking the group engages in so successfully throughout the CD. As a bonus, Colby’s Chicago colleague Rob Parton joins in on trumpet for a pair of Jazz Messenger-like tunes, where he seems right at home.