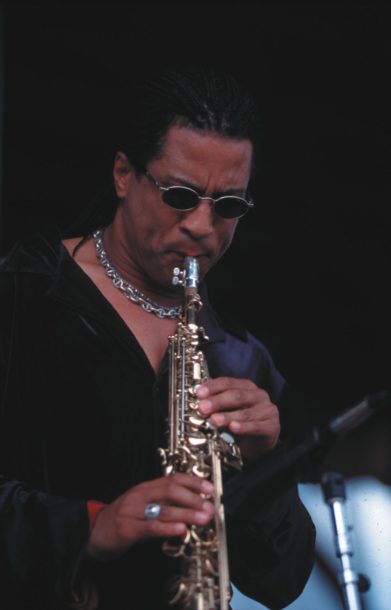 Smooth-jazz saxophonist Marion Meadows knows all about jazz-theme cruises: he’s taken two aboard the S.S. Norway out of Miami. “You have this captive audience, and they have you captive as well,” he says. “What jazz fans look forward to these days is being up close and personal with the artist. We’re making ourselves approachable, and they really enjoy it. One day we’re doing a concert together and the next day we’re all hanging out on an island together.”

Meadows is into pleasing his fans, who have followed him since his 1991 debut, For Lovers Only. The Phoenix resident goes for sultry sounds, mostly via his soprano, over easy grooves and hummable melodies. His latest CD, Next to You (Heads Up), takes him in a slightly new direction as he and producers Yasha Barjona and Ray Obiedo help mix in Latin sounds. Along for the ride are Pete Escovedo and son Peter Michael Escovedo on percussion and drums, guitarist Julio Fernandez of Spyro Gyra and Barjona and Obiedo, who add guitar and keyboards. “I wanted to move a little of the Latin music into my music, but still keep it familiar to my smooth-jazz fans.”

Meadows, raised in Connecticut, didn’t always take the smooth route. In the late 1980s, he was a member of the New York avant-garde Aboriginal Music Society. But his big break came one day in Grand Central Station where, while waiting with a friend for his train, he pulled out his sax and began blowing. “My friend told me to take out my horn and play because it was empty in the rotunda. It was like Paul Horn in the Taj Mahal.” His sounds caught the attention of TV composer Jay Chattaway, who was also producing Bob James. Meadows was signed to James’ TappanZee label, which, unfortunately, folded soon after. But Meadows had some music to share and signed deals with Discovery and later with RCA.

For his next CD, Meadows envisions incorporating some Eastern elements. “It’s refreshing to see now, all of world music, not just the Latin, but the African musical influences come to the front and be part of the music. If there’s one thing we have to do, we have to keep the music moving and fresh for the listener. There are so many great musicians who are unheard of, but now you’re starting to see these international players come onto the scene.”