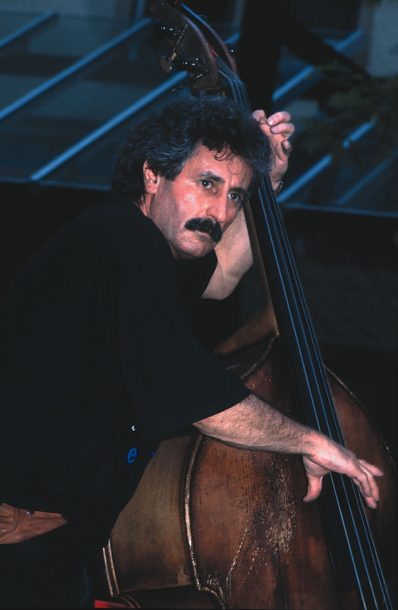 One of the most significant influences on bassist Mario Pavone’s career was the enduring and profound connection he had with the late saxophonist Thomas Chapin, who died of leukemia in 1998. From 1980 to 1997, the two kindred spirits played nearly a thousand gigs together, greatly affecting each other’s compositional style. On his latest offering with his Nu Trio, Remembering Thomas (Knitting Factory Records), Pavone honors Chapin’s legacy.

“I wanted to perpetuate his music,” says the bassist, whose first big break came back in 1965 with the Paul Bley Trio. “He was a prolific composer. He wrote an amazing number of works for trio, quartet and larger works with strings, brass and woodwinds. As far as recording some of his trio music for this CD, I thought, ‘Why have another saxophonist set up to be compared to Thomas?,’ which is not an easy comparison. So it just struck me to put these compositions in a different context with piano trio.”

With Matt Wilson on drums and Peter Madsen on piano, Pavone’s Nu Trio resurrects Chapin compositions like “Bypass” and “Insomnia” with requisite passion and energy, and Pavone’s original compositions convey that same kinetic spirit, with some allusions to other piano trio recordings. “I think part of the influence for this record came from albums 30 years ago like Paul Bley’s Closer, which was on ESP, and an album that’s not widely known that Steve Kuhn did with Steve Swallow on acoustic bass and Pete LaRoca on drums called Three Waves-kind of a thunderous trio album.”

The shadow of Charles Mingus also hovers over this and other Pavone projects, particularly his 1997 Mingus tribute, Dancers Tales (Knitting Factory Works). “Mingus is always an influence on me, absolutely. He talked about the bass fingerboard as a keyboard and I’ve adopted that idea to a degree. I think of diagonals and patterns on the bass, which I think lends itself, harmonically, to some kind of a recognizable Pavone thing.”