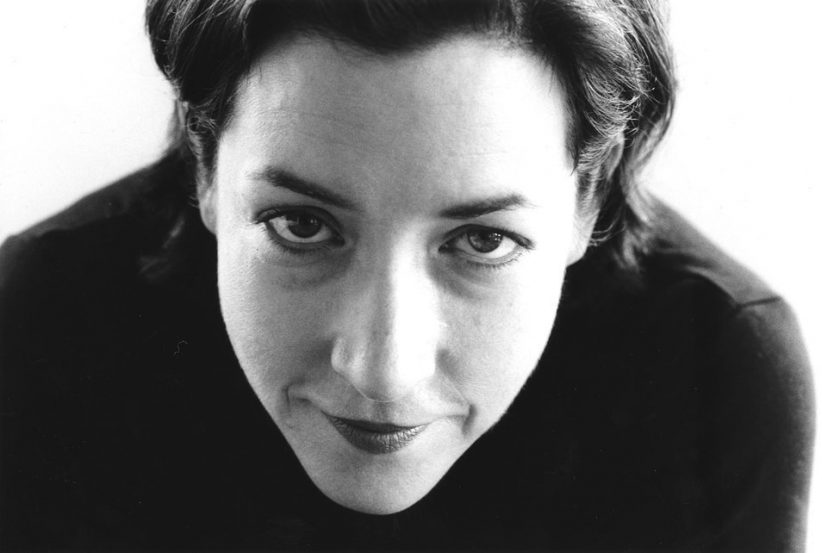 Marie McAuliffe. Her music is provocative. A pianist/composer based in lower Manhattan, her group is called the Arksextet and its eponymous debut appears on Koch Jazz.

After her 1979 arrival in New York, she studied with Barry Harris and at Jazzmobile as well as played around town but it was a 1989 NEA Jazz Fellowship to study with Kenny Barron and Richie Beirach that led to a big change for her. “Richie turned me on to Ligeti, Takemitsu, Bartok and George Russell and he was also extremely encouraging about composing. Based on one little piece I showed him, he said, ‘You’re an embryonic composer.’ After that, I thought more seriously about writing and eventually decided on a group of instruments to write for, and that was the beginning of my sextet.”

Her compositions have been performed at the New Dramatists Composer/Librettist Workshop by Dadadah, an electro-acoustic nonet. As a pianist, she’s performed with Joe Gallant’s Illuminati, Scott Miller/Joe Fonda’s Bottoms Out septet, and Kitty Brazelton as well as providing ambient backgrounds with electronic keyboards for twelve performance poets.

Last year, Marie wrote an arrangement included on John Zorn’s Burt Bacharach tribute, and performed the music in New York. Her own recorded homage to the composer of “I Say A Little Prayer” arrives soon on the Avant label.

Marie founded the Arksextet in 1993 and it includes such New York mainstays as Rich Perry on tenor and soprano and David Hofstra on bass. The recording features her compositions that document “things that were going on in my life.” She claims to be a slow writer, jotting down ideas as they come, even calling them in to her answering machine when she’s without a piano. Eventually the fragments become fleshed out and develop into full blown compositions. Although she enjoys writing for the sextet, she looks forward to “writing for other configurations as well.”