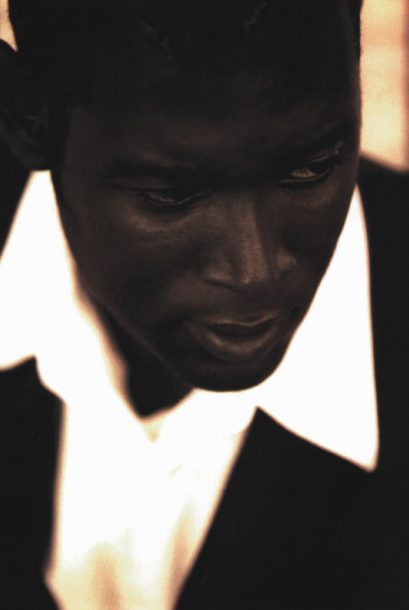 San Francisco bassist Marcus Shelby has a passion for jazz, particularly the variety coming out of his home base. He calls his style of play “hardcore swing,” but he also adds healthy mixes of color and inventive harmonic ideas. “That’s what’s kept me in love with jazz,” he says, and now, at age 32, his goal is to continue to build on the foundations laid by masters, such as Ellington, Mingus, and Monk. Shelby courageously chucked an engineering career at the Jet Propulsion Labs to pursue his musical passions and he’s never regretted the decision. He credits drummer Billy Higgins as his mentor, whose interest and connections convinced Shelby to pursue his dream and led him to his first record deal, 43rd and Degnan, in 1991, the same year he won the Charles Mingus Scholarship to study the bass at the California Institute of the Arts. Since then, Shelby has founded his own label, Noir Records, the latest release being The Sophisticate, a sequel to his previous release, Un Fax Pas, which continues a multimedia theme with photos, a short story, and collaborative music. Shelby, a versatile composer, wrote all the tunes.

“The recording gives breath to the spirit of San Francisco,” he says. “I love the musicians in New York, but there’s special music coming from the Bay area that has high intensity, balance, swing, and plenty of attention to the jazz tradition. Everything I write maintains the integrity of jazz. There’s nothing intentionally produced in a commercial format.” Paying respect to the cats who made it all possible is paramount.

He adds that good jazz is a balance of technique and emotion, and one without the other won’t hold water. “Ellington had that balance, and so did Mingus, and that’s why I look to them.”

Working with Shelby on the trio date are pianist Matt Clark and drummer Jaz Sawyer, who, quite wisely, are allowed plenty of room to shine.