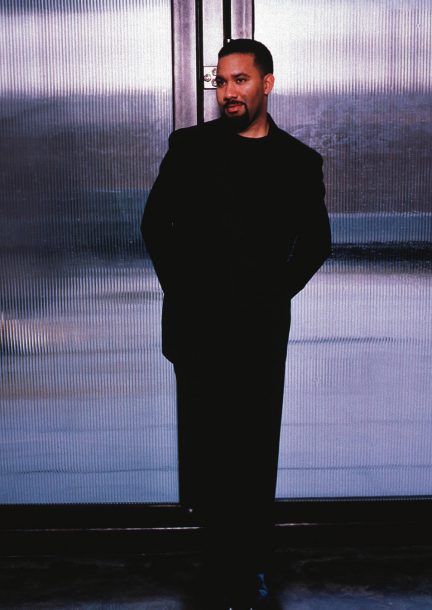 Marcus Johnson, burned in the past by less-than-upright businesspeople, decided to give his musical career a bit more protection. After earning degrees in both music and business administration, he headed for law school in an attempt both to protect himself and to give back to his community.

“My initial goal was to become a lawyer to protect artists from going through what happened to me,” he says, “and, being an artist, I thought I could give my law career new perspective.” Hitting the law books was exciting for Johnson, but something was missing: “At law school, I felt an emptiness in my soul and it came from not performing. So I just began putting music together, and in my second year of law school I released my initial recording from my own company. And this spring, I put some new stuff together that N2K heard about and recorded.”

With the support of that major label, Johnson is jumping for joy with the release of Chocolate City Groovin’, a blend of smooth instrumentals mixed with a healthy serving of R&B, with able support from guitarist Stan Cooper and Marshall Keys on sax.

For Johnson, giving back to his Washington, DC, community is just as important as the music he makes: “It’s almost like a ministry, and my law degree provides me with the knowledge to help not only myself but others. For me to act like a jerk and not be a role model isn’t right. The people in the streets are making me, and it’s my obligation to help the next man up.”