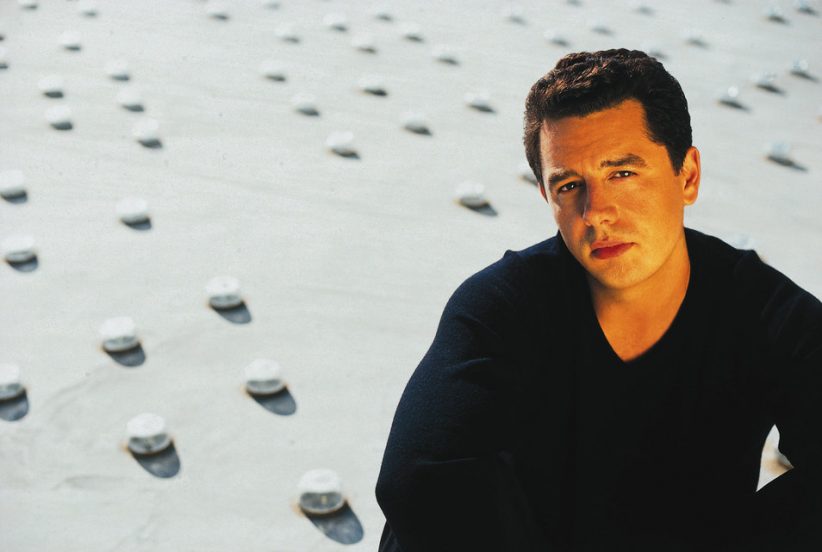 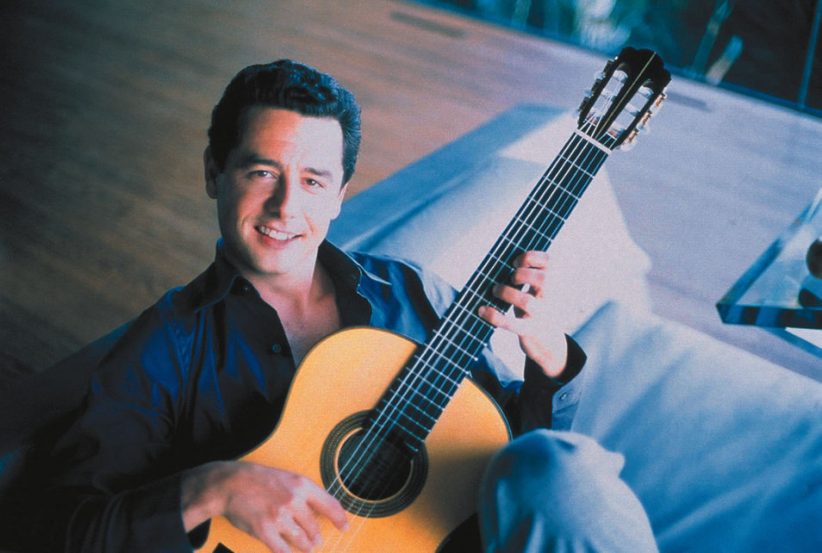 Guitarist Marc Antoine’s latest rump-shaker is Cruisin’ (GRP), and the title song from his fifth CD is a romp through joyous, pop-style flamenco-styled grooves that climaxes in a hook-filled chorus. The song should further the standing of Antoine, 38, as one of smooth jazz’s biggest superstars.

With last year’s Universal Language, the Paris-born Antoine wrapped his Latin rhythms around drum ‘n’ bass and house grooves. It was a step forward for Antoine, and showed the influence of producer Philippe Saisse, a keyboardist and composer whose own CDs fuse house, acid jazz and techno.

With Cruisin’, however, Antoine and producer Tommy LiPuma stripped the music of most of the pre- and postproduction process in favor of a live sound. Granted, it’s not a novel concept, but in the polished smooth-jazz arena it’s like Sir Francis Drake hitting the open seas.

“Tommy is more of a live guy,” Antoine says. “There’s a little overdubbing but most elements are live. Certain songs have more of a Latin flavor with their melodies and grooves-if programmed with drum and bass, they would have still been Latin, but with the live setting and the acoustical flavors, they feel more authentic.”

Brown’s job: select a strong cover song. Easy, right? How hard can it be to grab the latest from Toni Braxton or Celine Dion? “It’s difficult for me to pick covers like other artists do,” Antoine says. “R&B’s not my background. Paul brought up a few things and I said, ‘Paul, this is not me. It’s not going to work. People aren’t going to believe me playing a Toni Braxton song.’ It wouldn’t be true to me, whereas Brazilian music is always close to my heart.”

Brown suggested Jorge Ben’s “Mas Que Nada” and Antoine immediately agreed-with one minor caveat. “He wanted to use machines,” Antoine says, “and we had to fight a little bit. It was important to keep the focus of the record. When you listen to the whole CD, it sounds like it was produced by the same person.”

Antoine wrote most of the rest of Cruisin’s songs except for Saisse’s light samba “Sierra Bella” and “Indian Summer,” a worldwide smash decades ago. “It was a huge hit in Europe when I was about 8 years old, just about everywhere but America.” Saisse and Antoine recorded “Indian Summer” for Universal Language originally. “You can hear it on the Japanese version, with the drum ‘n’ bass sound. Tommy heard it and wanted it on the new record; he thought it would fit in, so we recorded it acoustically.”

The wordless vocals floating above the familiar melody belong to Antoine’s wife, Rebecca Vega. You won’t find her on the credits, however. “I’m quite pissed off about that,” Antoine says. “The union wouldn’t put her name on it because she’s not a member. I put a special thanks on the liner notes, though.”

Antoine grew up in Paris and western France and spent time in Spain, where he fell in love with the Spanish guitar. Because of his name and Spanish style, listeners often assume Antoine hails from Spain. “Some people even think I could be Italian,” he says. “For my true background you’ll have to ask my grandfathers-but I have some people coming from the south of France, Hungary, and my mother’s father was English. There’s a little Italian and a touch of Spain, somehow-I’m pretty much European.” Antoine’s family-including his daughter from a previous relationship-now live in southern France, and his wife’s family in Spain.

Antoine graduated from Edouard Pailleron College and the International School of Classical Guitar. He found work in Paris jazz clubs, often jamming with artists from Africa. He also did studio work, and one day a fellow musician arranged an audition with the pop singer Basia. Antoine got the gig, moved to London and played on two world tours with her. While in London he tuned in to England’s unique mix of classical and groove music, as popularized by Soul II Soul, which laid the foundation for his own music. Look at the liner notes on Soul II Soul’s first album and you’ll see Antoine contributed, although it was on piano, not guitar. But he played guitar on subsequent work with the Reggae Philharmonic Orchestra, Greyboy, Jazzmatazz, Selena and Queen Latifah.

After some production work in Tokyo, Antoine moved to his current home in Southern California’s San Fernando Valley in 1990. By then the classical guitar-trained Antoine was an established studio rat, coloring countless R&B songs with a Latin tinge. But he was ready to take the next step. “I was in L.A. and kept hearing [guitarist] Peter White on the Wave [radio station]. I told myself that I had to do this.”

Antoine’s first CD, Classical Soul, released in 1994, spelled out his sound. In addition to “Unity,” the CD had the hit “Follow Your Bliss.” But initial success put the pressure on for more music. His record company, NYC, wanted another song for radio but, as Antoine says now, there wasn’t one. NYC’s Mike Manieri had a solution. “He said to make another record, to strike while I was hot, so I did.” One-and-a-half months later, Urban Gypsy was the result, helped by such players as Jimmy Haslip, Steve Reid, Gota Yashiki and Luis Conte. The first single, “Latin Quarter,” was another worldwide smash. Madrid and Universal Language followed.

Antoine also has a budding career in movie soundtracks. His music has been featured in The Fan, Get Shorty, Celtic Pride and Midnight in the Garden of Good and Evil. He also pops up on every other smooth-jazz CD-at least it seems that way-as his sound and name can help sell records. One high-profile project: His version of Bob Marley’s “Could You Be Loved?” from Twist of Marley (GRP), the tribute CD to the late reggae superstar, produced by Lee Ritenour.

Despite all his success inside the tight parameters of smooth jazz, Cruisin’ has caused Antoine to reflect more on his acoustical bent. “I’d love to explore more Latin music,” he says. “With the nylon guitar I could play a little more flamenco, Brazilian, jazz-it’s such a Latin instrument. It marries sound so well to Latin music. The more I listen to music like the Buena Vista Social Club, and I hear the purity of their performance that’s so simple, but so well played and beautiful, I’m attracted to it.

“And I really love Brazilian music. I might just go all the way with a full CD of it. I love people like João Gilberto, Gilberto Gil, Milton Nascimento and Stan Getz.”

Antoine, who practices classical tunes daily, was inspired by a recent classical CD by Ritenour and Dave Grusin, Two Worlds (GRP), though he’s not sure when he will record a classical CD of his own. “It’s just not the right time now for me now,” says Antoine, who contributed “Pavane” to a classical CD by Cafe del Mar called Aria II: New Horizon (Astor Place). “But one day I really want to do something classical, maybe acoustic with orchestra or something pop/new agey. I think my fans would be receptive.”

Although he’s one of the bright lights of the genre, Antoine says he doesn’t really consider himself a smooth-jazz player as it’s defined today. “Smooth jazz for me is like Miles Davis’ Kind of Blue. It’s jazz and it’s smooth. Smooth jazz now encompasses so many musical styles, but what you hear on radio incorporates very little jazz. When they came up with the phrase, I thought, ‘Ah, are you sure you guys aren’t going to paint yourselves into a corner?'”

With all his success in the United States, Antoine is still somewhat of a regular guy in Spain and France. “When I go back to France, I have friends who ask me to record with them because they know I can play, not because I’m Marc Antoine.”

There is one person who hasn’t been completely sold on Antoine’s music, though: his father. “My father doesn’t like my music too much,” Antoine says, laughing. “He’s a purist; he wants to hear straightahead music or flamenco. He likes to hear me play guitar in front of him. I play him a couple of classical tunes and he’s happy.”