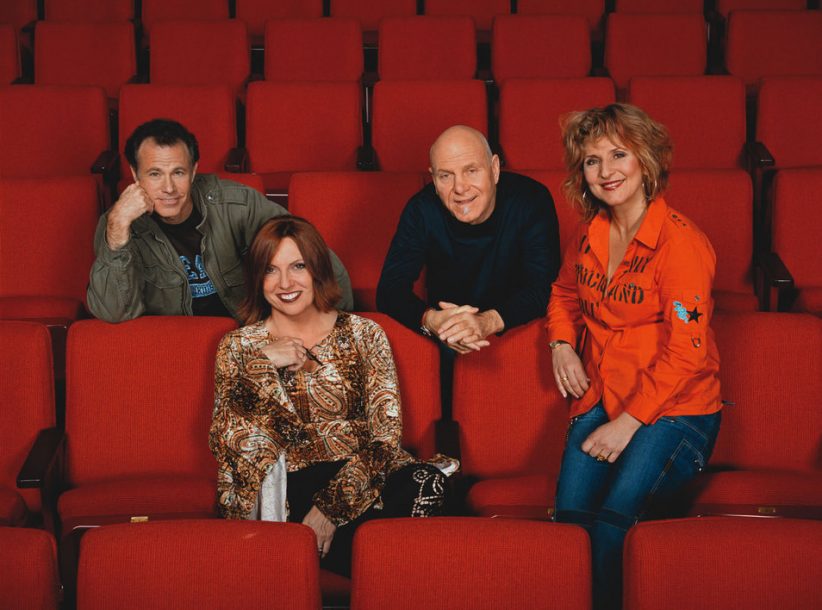 Last year the Manhattan Transfer made its Telarc debut with the live Couldn’t Be Hotter. Terrific as the disc was, it turns out the title was merely prescient of the follow-up studio release Vibrate, the group’s first in four years. Drawing on all of Tim Hauser, Janis Siegel, Alan Paul and Cheryl Bentyne’s individual and collective talents, and echoing such eclectically brilliant group accomplishments as Swing, Bop Doo-Wopp, Vocalese, Tonin’ and Pastiche (which, though it predates Bentyne’s arrival in 1979, remains classic MT), Vibrate can best be described as a triumphant “greatest skills” collection.

The opener, Brenda Russell’s “Walkin’ in N.Y.,” recalls the breezy retro sophistication of the Transfer’s long-ago “Tuxedo Junction” days. It’s followed by Rufus Wainwright’s cheekily romantic “Greek Song,” which, with its mixed Asian and European accents, is strongly reminiscent of the pre-Bentyne Transfer’s dazzling, cross-cultural treatment of “On a Little Street in Singapore” on Pastiche. The cunning title track, another Wainwright delight, follows, blending an old-fashioned tango with a conventional tale of heartbreak and longing, and then twisting both in the chords of modern contrivances. “Doodlin'” is yet another fine example of the Transfer’s ability to channel the tightly choreographed vivacity of Lambert, Hendricks and Ross while making the tune distinctly its own. Their creamy “Embraceable You,” dripping in strings, is gorgeously reminiscent of the Tommy Dorsey days of the Pied Pipers; “I Met Him on a Sunday” infuses the Shirelles’ hit with plenty of rib-sticking N’awlins gumption; and “First Ascent,” cowritten by Alan Paul (with Billy Hulting and Bob Mair) and set to a deliciously cacophonous Afro-Latin rhythm, is an homage to creative inspiration that is itself an inspired creation. Then there’s “The New JuJu Man,” based on Miles Davis’ “Tutu,” which shows off these four vocalese masters at their most imaginatively incendiary. Put ’em all together and, indeed, the Transfer couldn’t be hotter.