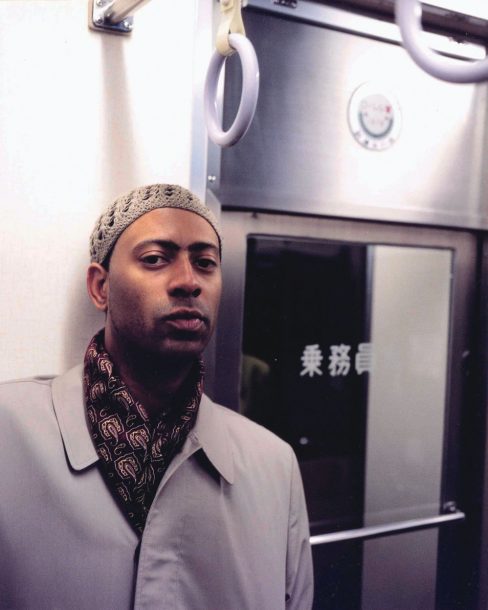 Colorful, perplexing, multiple personalities inhabit the wild imagination of Madlib: There’s the mischievous MC Quasimoto; the rare-groove-ologists the Beat Conductor and Loop Digga; and the retrofuturistic jazz “combo” Yesterday’s New Quintet. One soft-spoken, hip-hop innovator brings all those projects to sonic life: “Oh, I got hundreds of others,” Madlib laughs of his pseudonyms. “But, for now, you’ll have only heard about a few.”

Madlib, born Otis Jackson Jr. in Oxnard, Calif., is the son of noted bluesman Otis Jackson Sr. and folk singer-guitarist Sinesca Jackson and the nephew of trumpet virtuoso Jon Faddis. But for someone with such an illustrious pedigree, it’s baffling that Madlib never formally studied music and doesn’t read music. Instead, he became a compulsive crate-digger. “I just studied records,” he says. “I’ll listen to records and then try to play the music on them. I don’t dig as much as I used to, because I have so many records that I haven’t even listened to. I have two rooms full of records. But when I dig, I’m doing it for almost a half a day.”

As a hip-hop producer who quickly grew tired of sampling, Madlib bought a Fender Rhodes to see if he could peck out the melodies he heard on records and, more importantly, the ones swarming through his head. “In about a week, I started making my own songs,” he recalls. “After that, I bought a drum set and then an upright bass. I also rented a vibraphone for a month.” After fleshing out his musical arsenal with guitar and miscellaneous percussion, he conceived Yesterday’s New Quintet, a one-man soul-jazz ensemble, comprised of fictional members Malik Flavors, Monk Hughes, Ahmad Miller, Joe McDuffrey and one Otis Jackson Jr. Sounding not unlike Prince’s late-’80s, ersatz-jazz project Madhouse, which also cloaked its actual personnel, YNQ provides a forum for Madlib to create ghostly melodies and dirty beats, and to create homages to some of his heroes, such as Weldon Irvine, Stevie Wonder and Ramsey Lewis.

It was YNQ that piqued the interests of Blue Note when, as a fluke, fellow DJ and frequent collaborator Peanut Butter Wolf phoned the legendary label, as a joke, and suggested they give the quintet a listen. YNQ’s ethereal, full-length debut, Angles Without Edges (Stones Throw), fell into the hands of A&R Director Eli Wolf, who was impressed. Afterward, Blue Note did with Madlib what it has done with jazz-savvy hip-hoppers Us3 and DJ Smash: the label opened the vaults to its legendary catalog and allowed Madlib to roam through the treasures. The result is the capricious Shades of Blue: Madlib Invades Blue Note. Given Madlib’s history as a hip-hop artist, the bulk of the compositions he chose date back to Blue Note’s funky ’60s catalog. “I picked songs that represented hip-hop; the songs that people sampled,” he explains. However, he didn’t just lazily drop pedestrian beats beneath classic soul-jazz pieces; Madlib recontextualized the songs with psychedelic remixes that gives them grittier, hallucinogenic textures. With other tunes Madlib performed completely new versions of the tunes, under the aliases of the Morgan Adams Quartet Plus Two and Sound Direction, blurring the lines between remixing and reinterpretation.

Crisp improvisations never emerge out of Shades of Blue, though. There’s a blunted, unsettling, almost menacing quality, thanks to the combination of Madlib’s inchoate instrument playing and his eccentric production style of rugged beats, murky grooves and vertigo-inducing sound effects. Indeed, Shades of Blue’s virtuosity lies within Madlib’s fecund imagination.

Yesterday’s New Quintet even “drops by” to perform a saxophone-less take on “Footprints.” With all its dense swirling pools of sound and fractured polyrhythms, the track is more in tradition of Wayne Shorter’s recent live performances than his ’60s hard-bop years. “I just try to do it my own way,” Madlib says. “I’m more like a rebel, recording with stuff that you’re not supposed to be recording with and recording at levels that you’re not supposed to-backwards, basically.”

True enough. Listening to Shades of Blue, especially on headphones, is a woozy experience, with dense soundscapes panning manically, atmospheric keyboards droning about, off-kilter beats ricocheting between the grooves and thick bass lines bubbling underneath. Case in point: “Peace/Dolphin Dance,” in which the sizzling cymbals and frantic drums are pushed so far up into the treble range in the beginning that it sounds as if you’re listening through your sinuses-then suddenly, the frequencies downshift into waves of oscillating melodies, giving the illusion of being plunged deep inside an ocean of sound.

Shades of Blue is the trippiest hip-hop take on Blue Note yet. “I hope I represented them well,” Madlib says, almost apologetically, for his devil-may-care experimentalism. “I hope hip-hop people will understand the Blue Note sound and want to buy some of the music.”