Skip to content
Become a member and get exclusive access to articles, live sessions and more!
Start Your Free Trial
Home > JT Archives > Madeline Eastman at the Earshot Jazz Festival 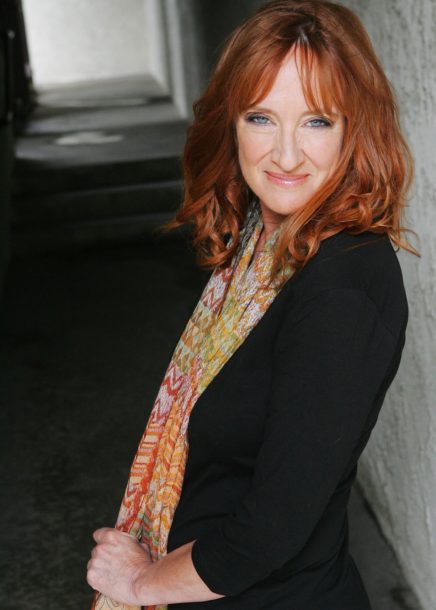 Madeline Eastman is not usually an afternoon experience. She is every inch a jazz singer, so therefore everything about her is designed for night: her one-on-one relationship to the listener, her moment-to-moment existential aesthetic, her reflective approach to awareness and her relative concept of time. But at the 20th Earshot Jazz Festival in Seattle, Eastman was scheduled for an afternoon concert at the Bellevue Arts Museum. It was a brilliant sunny Sunday (rare and precious in Seattle, especially in October) and yet the crowd spilled over the museum’s performance space. Eastman gave everyone who chose her over the weather an early jolt of afternoon energy stronger than a double shot of Seattle espresso.

She has been based in San Francisco for her entire career, which may explain why, even though she is one of the most technically accomplished and soulful vocalists in jazz, she has never broken through into national recognition. Other singers know about Eastman, and come to study with her at places like Stanford University’s Jazz Workshop and Jazzcamp West and Monterey Jazz Festival clinics. But teaching is a sideline for her. She plays clubs in the Bay Area like Yoshi’s, gets around the West to guest with organizations like the Reno Jazz Orchestra, and plays in Europe more often than Chicago or New York. She will tour Scotland in February. She recently played (and recorded) with Kenny Barron and the 50-piece Metropole Orchestra in Amsterdam. The result will be released next year on her own label, Mad-Kat (a joint venture with another San Francisco singer, Kitty Margolis). Her current Mad-Kat discography includes six titles, from Point of Departure in 1990 to the brand new Can You Hear Me Now?

At the Bellevue Arts Museum she sang many of the songs on her new album, which (unlike her previous recordings) contains mostly material from the Great American Songbook. The familiarity of the tunes made it easier to perceive Eastman’s electric chops. She started with “You Say You Care” and smoked it. She rushed it, almost stopped it, bent and released it, and made it her own. The next piece, “Make Someone Happy,” was also by Jule Styne, but in a different mood. Eastman’s complex voice contains multiple personalities. In her dominant saucy, sassy mode, she can use a slightly nasal twang like a whip. But she can also breathe sweetly in your ear, or bowl you over with the power and purity of her pipes. She can sound like a little girl or like a woman, well traveled and wise. “Make Someone Happy” contained all of the above.

Frank Loesser’s “Slow Boat to China” was an unexpected but hip choice. She started by talking it as much as singing it, keeping it slow and tense, Eastman the actress portraying a desire to “get you … all to myself alone” with quiet megalomania. Then the song subsided in murmuring, obsessive reverie. (As stated earlier, it was strong stuff for mid-afternoon.) “You Are My Sunshine” and “Baubles, Bangles and Beads” were also dramatic recitations set to loose, spontaneous music. For Eastman, all songs are vehicles for blowing. Often she abandons the lyrics and scats. Sometimes she makes up lyrics of her own on the fly. Always, she filters the composer’s intention through her own consciousness with her liberties of phrasing and time.

At the Bellevue Art Museum she appeared with one of Seattle’s best rhythm sections. Bassist Chuck Deardorf is ubiquitous on the Seattle scene. John Bishop is the thinking man’s drummer. Pianist Bill Anschell’s harmonic sensitivity and listening skills make him a natural accompanist for singers, although his solos are so lyrically intense that, with a lesser vocalist, he could steal the show.

Opening for Eastman was an interesting project, Bill Ramsay’s Rebirth of the Cool Nonet. Saxophonist Ramsay is a veteran of the Count Basie band and has been a fixture of the Pacific Northwest jazz scene for several decades. His ensemble played eight of the 12 tunes on Miles Davis’ seminal Capitol recording Birth of the Cool, remaining faithful to the original charts by Gil Evans, Gerry Mulligan and John Lewis, but opening them up for new solos. The band did full justice to these astonishingly contemporary 60-year-old arrangements. They precisely rendered Gil Evans’ rich ensemble colors on “Boplicity” and “Moon Dreams.” They captured the suave glide of Mulligan pieces like “Jeru” and “Venus De Milo.” In keeping with the spirit of the original Davis album, with its three-minute tracks and 16-bar solos, the players in Ramsay’s nonet kept their individual statements terse but made them count. Trumpeter Thomas Marriott usually went first and slipped elegant forms into his assigned spaces. Dave Marriott showed that he is an unusually articulate trombonist with intelligent ideas. Travis Ranney has a luminous, penetrating alto saxophone sound. He took a buoyant, bubbling solo on “Move.”

While this concert was part of the Bellevue Art Museum’s “Eastside Jazz Club Extravaganza” series, it was billed under the umbrella of the Earshot Festival, and was an example of the sharp programming that has distinguished this festival over its 20-year history. Most of Earshot’s venues are not large (it now relies heavily on two Seattle jazz clubs, the Triple Door and Tula’s). Most of its names are not world-famous (although Cecil Taylor gave a solo performance this year in the 850-seat Town Hall). But every year, emphasizing Northwest and West Coast and emerging international artists, Earshot keeps sponsoring consciousness-raising occasions, like Madeline Eastman as an afternoon wake-up call, and Bill Ramsay’s historically accurate resurrection of an ultra-modern nonet.