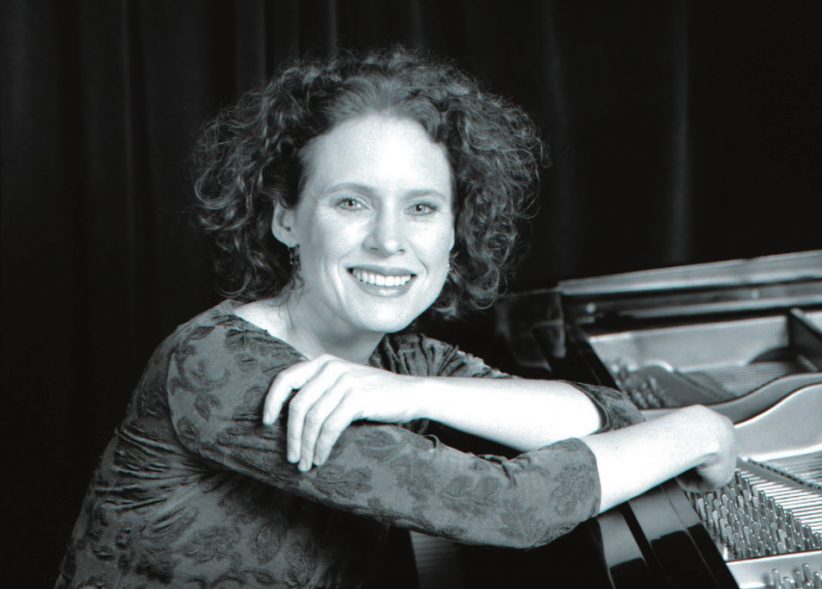 “I’m looking at the long haul,” says pianist Lynne Arriale, “hopefully playing until I’m a hundred years old.” Speaking with the same focussed intensity that’s a hallmark of her playing, Arriale’s relaxing after completing five nights at London’s Pizza Express, for many the best jazz spot in town. Citing the congenial surroundings and the inch-perfect acoustics that contributed to the obvious musical high her trio enjoyed during the week, she observes: “There is nothing more powerful than group chemistry in jazz. People know when the connections are made and when they are not. You can put a configuration of musicians that haven’t played together and magic can happen, but there’s a much better chance of magic happening with people who really know each other. There’s a real comfortable yet inspired feeling of unity of purpose and not having to walk on eggshells!”

Arriale’s trio has been together since bassist Jay Anderson joined long-serving drummer Steve Davis in the lineup almost two years ago. “Jay just fitted into what we do perfectly,” says Arriale. “This is a real working group and I want to see an evolution through many, many recordings. That is my goal.” In town to launch Live at Montreux (TCB), recorded live on the main stage of the Miles Davis Hall at the 1999 Montreux Jazz Festival, it’s the first album to document this dynamic trio that’s fast developing a powerful collective identity. “Naturally it was wonderful playing Montreux,” says Arriale, “but in fact it was a great challenge to do a live album when all you’re playing is one set. It’s not like three days at the Vanguard and you pick the best takes, but something happened because you can feel the interaction and energy between us and the audience.”

And involving her audience is something Arriale puts enormous effort in to, taking meticulous care in ordering her sets so that while moods may change, a thread of continuity remains. “At last we’re playing in larger venues and to full houses, which I am ecstatic about,” she says. “But I don’t take it for granted, people come to a venue to hear us when it’s easier for them to stay at home! I feel a big responsibility to reach out to the audience, to be aware of repertoire we’re playing and to be constantly fine tuning it and expanding the range of tunes.”

Arriale had a career in classical music in her sights until shortly before her Master’s finals at Wisconsin Conservatory of Music. “That was when I first really heard jazz,” she says. “I felt I should pursue it, so I finished off my Master’s and began studying this new challenge. I moved to New York in the mid-’80s and played a whole lot of clubs, but wanted a regular trio and the only way I could do this was by getting work. So I was on the phone from 10 a.m. to 6 p.m. every day. I hated it-resented it-but I could see the more time I spent on the phone the more work we got.”

Gradually, Arriale built up a following that’s enabled her to keep her group together. She’s been on the road “in good circumstances and not so good circumstances,” but has never been deflected from her ambition to get to the top of her profession. “My path is not a fast path,” she smiles. “It’s the long scenic route, but that is the only way I know. I just feel we have to be really true to what we’re doing, really have sincerity in terms of why we’re playing this music and search our soul to make sure that’s the space we’re coming from. I surrender to the music and surrender to the audience, but that does not mean I lose myself in the process.”