Skip to content
Become a member and get exclusive access to articles, live sessions and more!
Start Your Free Trial
Home > JT Archives > Louis Armstrong Collages to be Exhibited 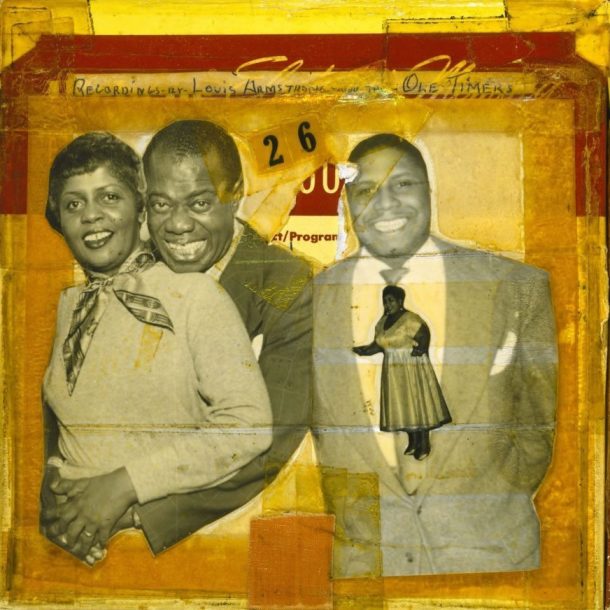 The Louis Armstrong House Museum (34-56 107th Street, Corona, Queens, New York) will open A Little Story of My Own: Louis Armstrong’s Collages next Tuesday, April 7. The exhibit of collages was created by Armstrong during the thousands of hours he spent in dressing rooms and hotel rooms during his long career. Only one of the collage boxes has ever been on public view. Because of the fragility of this artwork, the exhibit will stay open only until Sunday, July 12.

fFew people know that Armstrong created more than 500 collages, clipped and assembled from photographs, news stories, postcards, letters, telegrams and other diverse material. Made in part to pass the time, the result was a body of sometimes sophisticated and sometimes whimsical works of art.

“The art of collage is very much like the art of jazz,” said Michael Cogswell, director of the Louis Armstrong House Museum. “Found material is divided and then rearranged to create new meanings. Many of Louis’s collages display multiple layers of meaning which are more intuitive than deliberate.” Armstrong himself acknowledged that his collage-making was like improvising a solo. As he wrote to a friend in 1953, “My hobbie (sic) is to pick out the different things … and piece them together … making a little story of my own.”

A Little Story of My Own provides the public a rare opportunity to view the collages. Except for several that were loaned to a national traveling exhibit sponsored by the Smithsonian Institution in the early 1990s, Armstrong’s collages have never been exhibited outside of the Louis Armstrong House Museum. In fact, all but one of the collages in this exhibit are on view for the first time.

The Louis Armstrong House Museum is open from 10-5, Tuesday through Friday, and from 12-5 on Saturdays and Sundays. The last tour leaves at 4 pm every day. Admission to the museum is $8 and includes a 40-minute guided tour of the historic house, entry to the A Little Story of My Own exhibit, and access to the Armstrongs’ beautiful, Japanese-inspired garden.